Halloween's Not Over Yet!

I guess I better write about Halloween before Thanksgiving happens and then it will really be too late, because who wants to read about Halloween during the Christmas season? This post is making it in by the skin of its teeth.

I wasn't that excited about my kids' costumes this year, to be honest. John insisted on being "Swampfire," a character from Ben-10, which is a show that he's never seen, but he enjoys playing the Ben-10 game on his Leapster. One of the costume catalogs we got had a Swampfire costume and when he saw it he wouldn't budge, even though he likes superhero characters from The Avengers more. So, he was Swampfire. I still haven't figured out what exactly that is.
Sam is still figuring out Halloween and so he wasn't picky about his costume, except for the fact that he didn't want it on. He wore the dragon costume that John wore at his age. It was really cute on him and luckily it fit perfectly!


The title of this photo collage is "Get this dragon head off of me!" 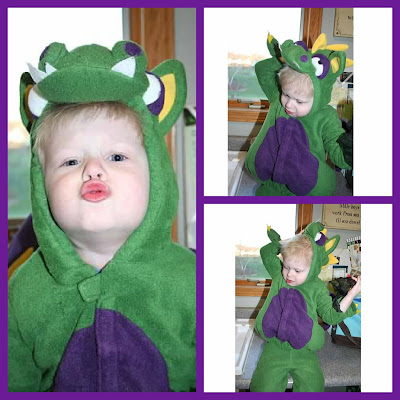 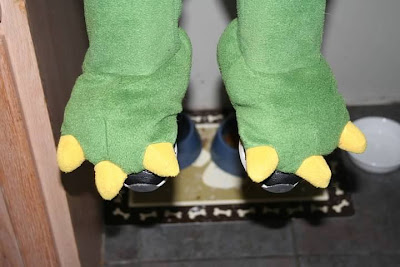 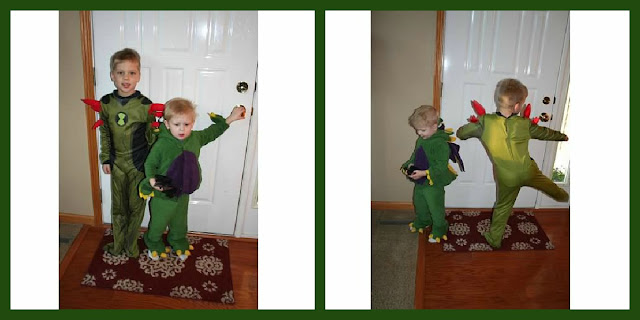 Here's Sam eating lunch on Halloween. He was wearing a cute glow-in-the-dark shirt that said "I Love my Mummy." I'm a sucker for shirts like that. 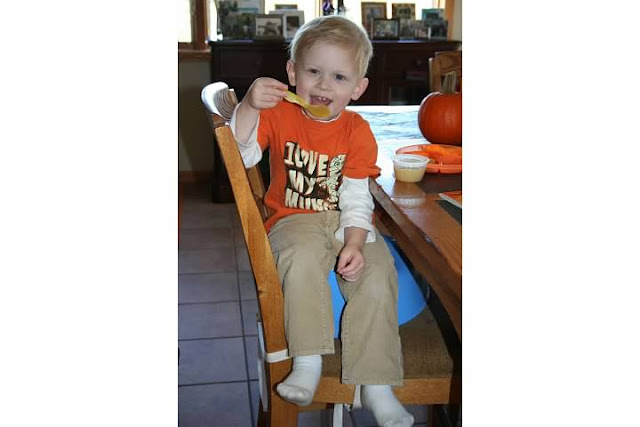 Here's John when he got home from school on Halloween. He was in his costume already from being in the school parade. 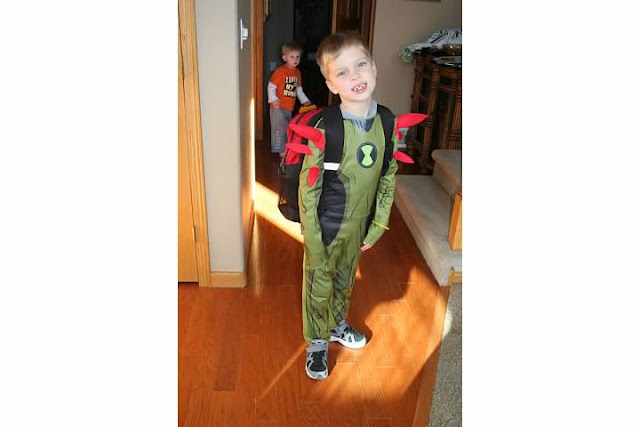 Before trick-or-treating, we ate dinner by candlelight from the cool owl candelabra that I got at Target a few weeks ago. It was an easy dinner of scrambled eggs and toast so the candelabra really classed things up! 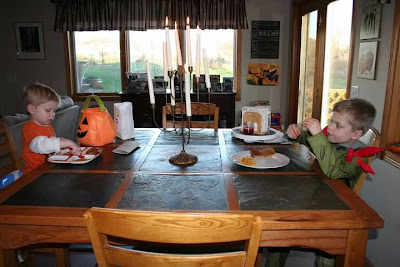 Me and my boys. 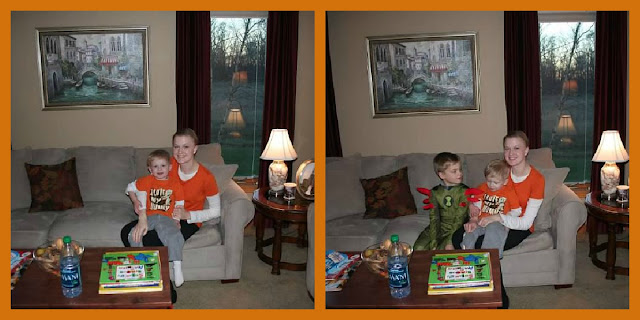 Peter went out trick-or-treating with the kids (and forgot a flashlight!) and I stayed home to pass out candy (we don't get a ton of trick-or-treaters, so my job was easy!).

Look! It's a dragon in the wagon! 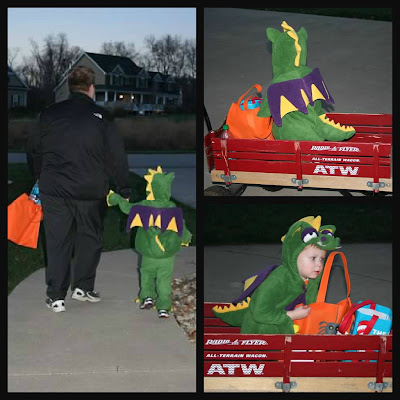 He kept the dragon head on! A Halloween miracle.

Here are our jack o'lanterns and front porch. I usually pretty much always keep it simple for outdoor holiday decorating, although I sometimes have ambition to do more. Maybe one of these years I will. 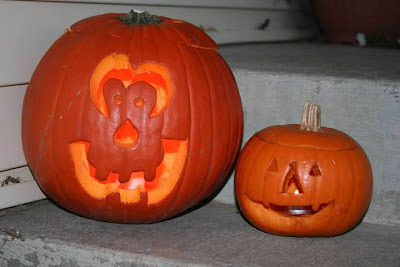 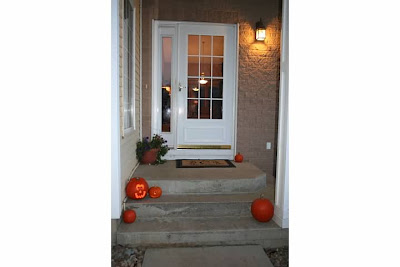 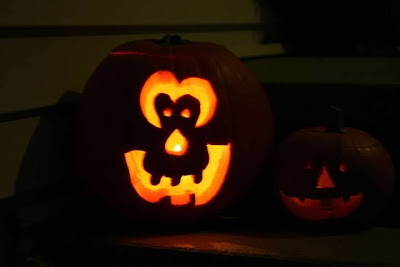 Peter dropped Sam off after awhile and stayed out a little longer with John. Sam was so excited and happy about all the candy he'd gotten! Now he's starting to understand Halloween. 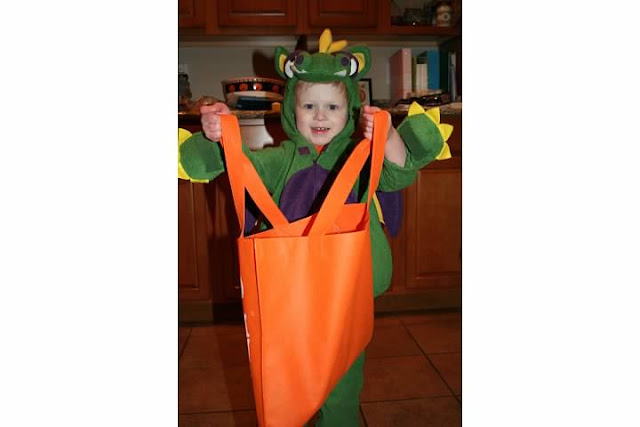 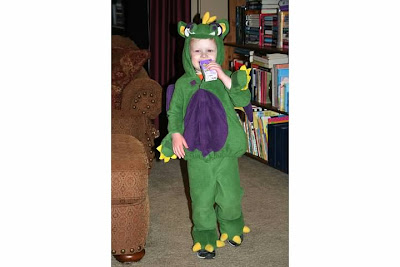 The next morning John organized and counted all of his candy, rather nicely I thought. 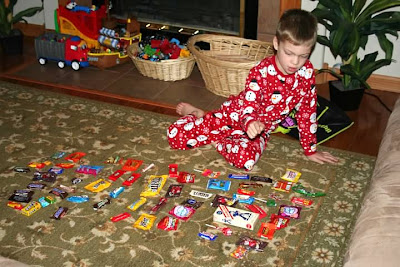 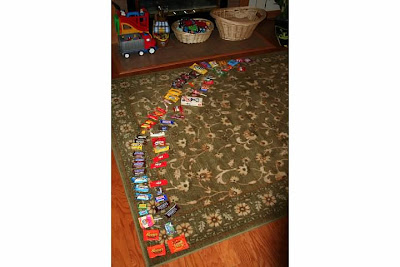 Sam was OBSESSED with the candy for about a week after Halloween. He'd sort it and put it in all different kinds of bags and containers and carry it around the house. Kids are so funny! 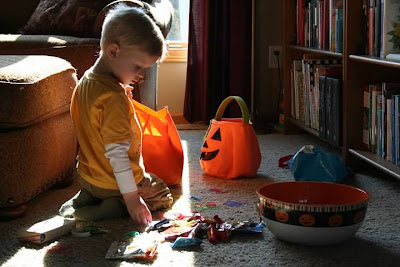