I decided to get a little creative with my "Five Things" today by having them be something from each day of this past week. So without further ado...

1. Sunday: I woke up with the hugest, fattest upper lip ever. It was shocking! It looked like a collagen injection gone terribly wrong, but what actually happened was that I got stung by a mosquito in my sleep (hey, there's a cheap alternative to collagen injections! I see a business idea in the making...). It was buzzing around before I went to bed but I was too kind (and lazy) to kill it. I found it in the morning laying dead in the tub--sweet justice! Meanwhile, I didn't leave my house all day so that I wouldn't scare any children or make adults politely try not to do a triple-take when they looked at me.

2. Monday: Memorial Day and the unofficial start of summer--Yay! Some of our friends came over and helped put our new trampoline up. We'll be anchoring this one down into the ground so that it doesn't blow away in the wind and get damaged beyond repair, which is what happened to our last one after we'd only had it for a few months. That was a bummer!

3. Tuesday: I got two moles removed as a precautionary measure because they were getting a little bigger. The doctor shaved them right off. It was quick and easy, except for the Lidocaine injections, especially the one that went into my little toe. Ouch! Lidocaine and disappearing moles and a mosquito-induced fat lip all in three days; what an exciting life I lead!

4. Wednesday: Remember a few weeks ago when I said that I had banned myself from Pinterest until I got my life organized and under control? I finally succeeded in doing that last week! Needless to say, I love being back on Pinterest again! I'm no longer a skeptic and I unabashedly love that site. I spent a lot of time on there today, "working." 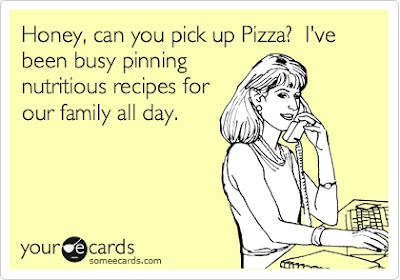 5. Thursday: The last day of May and also the last day of school, which John missed because he was sick again. He's missed three days of school in the last week. Poor kid! I'm not sure what's going on. Then Sam came down with a temperature of 105 this afternoon, which is just scary. Meanwhile I'm hoping and praying that Peter and I don't get sick. Me especially, because I have a whole lot of things to do in the next two weeks before we leave for the summer!

So that was my week summed up in five things. Our weekend plans include Stake Conference with Elder L. Tom Perry, which will be neat. As long as we aren't sick, that is! Have a great weekend!