1. Rick Santorum's out and Mitt Romney is in! I know it's not official yet, but it's pretty much as close as you can get. This is very good news for a right-leaning, Independent Romney-supporter like me. And for those who say Romney is a flip-flopper who isn't conservative enough...guess what? Moderates get more done because they can work with both sides of the aisle much more effectively (hello to being a productive Republican governor of liberal, Democratic Massachusetts!). Give me a moderate any day! Especially a successful, smart, highly capable (and handsome) one like Romney. And to think that he was in my church stake in high school and I (metaphorically speaking) rubbed shoulders with him and Ann at youth activities! I seriously knew he was destined for great things back then when he ran for the Senate and was running Bain Capital but still took the time to come to things like Seminary graduation and stake youth conferences where he and Ann genuinely seemed to enjoy hanging out with a bunch of teenagers. I'm so proud of him! (Ha ha.)


Ann Romney is a wonderful person. And in light of the recent controversy over her supposedly "not working a day in her life," in solidarity with her and mothers everywhere who make the choice to stay home to care for their children, I'd like to say that all good mothers are working mothers regardless of their workplace, and that I really do think that it's the hardest, most rewarding job in the world.

One last political note:
I'd like to change the prediction I made a few weeks ago when I said that it would be a Romney-Santorum ticket running against Obama. I no longer think that Romney will choose Santorum as his running mate. I think it could be Rep. Paul Ryan or Senator Marco Rubio, or maybe even New Jersey Governor Chris Christie. Or someone else entirely. In any case, I'm looking forward to the race for President!

2.  I miss Downton Abbey. I heard that a major character is going to die in Season 3. My guess is that it will be the Dowager Countess. I read somewhere that Maggie Smith wasn't sure she wanted to keep on doing the show, so I bet it will be her. Plus, she's the most logical choice since she's old. I sure would miss her though. Her character has some of the funniest lines, such as: 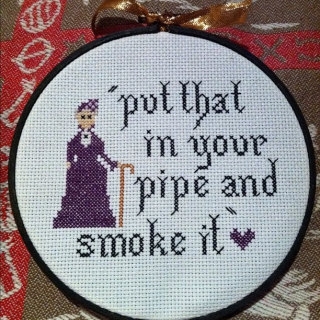 And I can't wait to see Mary and Mathew finally get married! It really IS going to happen, according to the show's producer. 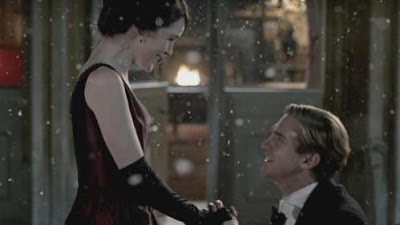 3. I got an e-mail from Barnes & Noble yesterday saying that J.K. Rowling's new book is now available for pre-order:

The Casual Vacancy
For her first novel expressly for adults, "Harry Potter" creator J.K. Rowling introduces readers to the denizens of Pagford, an idyllic town in the English countryside that's bubbling with intrigues. Pre-order this guaranteed blockbuster today.

So I of course jumped on that bandwagon and ordered it. The funny thing is, I only read the first Harry Potter book. I saw all of the movies and I enjoyed them, but I just didn't get into the books. Peter liked the books, so we own the whole Harry Potter series, and I plan on giving them another try when John wants to start reading them. In any case, I think J.K. Rowling is very talented and I love her rags-to-riches success story and how it all came from her imagination and her writing ability.


4. Each month I like to burn a new Yankee Candle jar so that our home can be infused with its sweet and unique scent. The candle I got for April is "Fluffy Towels." It has a pleasant cottony scent, but after awhile I think it starts to smell more like wet towels than fluffy towels. So if you come over to my house this month and it smells a little like wet laundry, that's why! 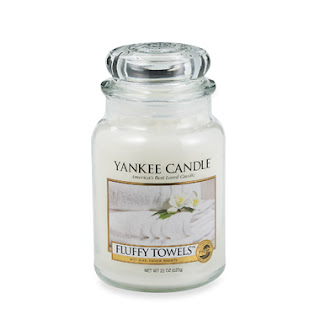 5. I'm beginning to feel like Job. First I hurt my sternum, and then when it got better, I came down with a bad head cold. Now that the head cold is starting to go away, I've developed a weird splotchy rash on my lips that is totally drying them out. What the heck?! I wonder if its from one of the lipsticks I'm testing for Parents. Also, after weeks of mostly clear skin, my face is starting to break out. And my hair, which had recently been showing promising signs of growth and volume, has suddenly turned limp, flat, and lifeless again. I hope that my body is just going through a quick ugly phase and that things will get back to normal soon. Very, very soon. My pride can only take so much battering.