The Black Earth in Our Backyard

Once a year, fires are intentionally set in my neighborhood. It happens in front of our house and behind it, and it's quite the spectacle. But not to worry! They are perfectly legal controlled fires, and there's always a big fire truck there just in case the burn gets out of hand. I couldn't understand why this was done when we moved here, and I still kind of don't. Apparently burning prairie grass and field grass helps to keep it from growing out-of-control. I think it's sad to see nature burn like that. But at the same time, it's amazing to see how quickly nature rebounds. The earth remains black for just a couple of days, but a week later there's already new grass shooting up all over the place. A month later, you'd never know that a fire had taken place. Nature's ability to heal itself is pretty amazing.

But in the meantime, here are some pictures of the ugliness that the fire left in the field behind our backyard soon after it happened last month. How's that for an ugly view?! 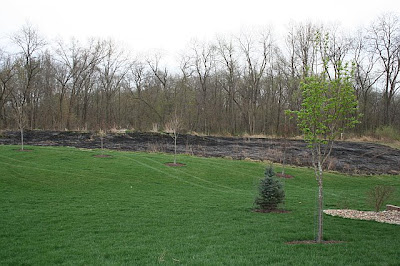 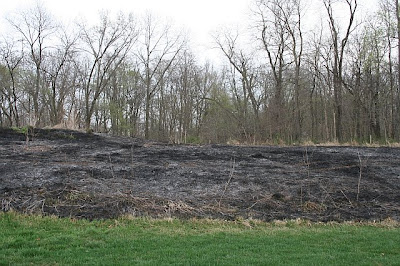 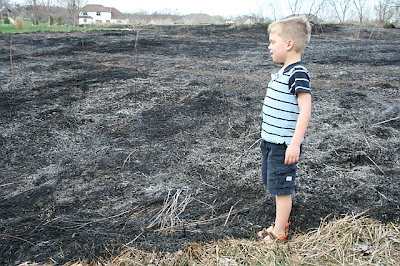 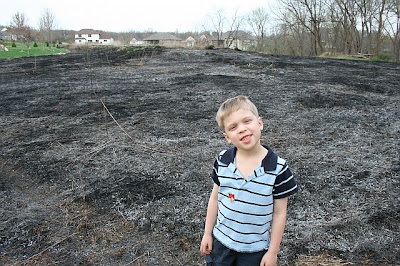 There's a walking path behind the field, and as you can see below, the fire really is well-controlled, ending at the field's edge and leaving the path intact. I guess those guys know what they're doing. Thank goodness for that! 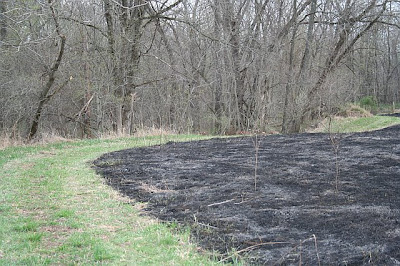 This is what it looks like back there now, about a month later. Look at all that green re-growth! 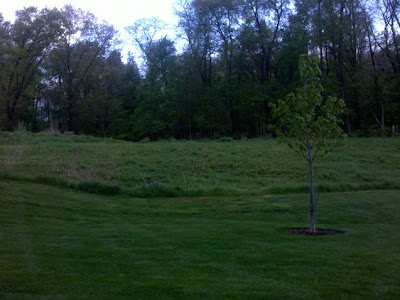 And by summer's end, it should be back to normal and looking a lot more like this. 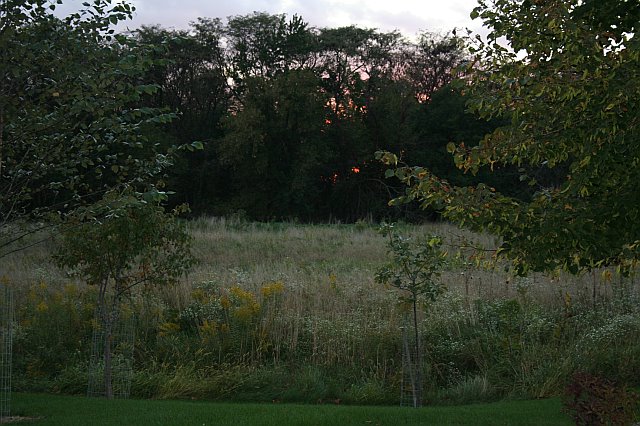 In the end, the strength and beauty of nature prevail over the power of fire. Pretty neat!
Posted by Donna at 3:05 PM