Random Thoughts From the Week

I'm sorry to start this out on kind of a violent note (no, Callista Gingrich did not come after me with a steak knife...yet), but here it is (it's Friday the 13th, after all)...

At my 6-year-old son's school the kids can write letters to each other. He brought home some letters this week that some of his friends had written to him. I'm disturbed by the content of one of the letters written by his best friend, and I'm not sure if I should e-mail his teacher about it. What do you think?

This is what it says in its entirety:
"You should chop ____ (girl in their class) into little bits and eat her with a side of _____ (boy in their class). Love _____ (his friend's name. And the "love" is a cute little heart, which is quite the juxtaposition given the content of the letter.)

I was appalled! Can you believe a 1st-grader would write and envision something so violent? I know that they play with the two kids who are mentioned in the note at recess but that this friend doesn't like the boy kid. My son doesn't talk or act this way, but I'm worried that he will if this is the way his closest friend at school behaves. I don't want to get the kid in trouble, and I don't want to overreact, but he definitely shouldn't be writing and saying things like that. Should I e-mail his teacher about it? The letter was sealed so I'm sure the teachers didn't see it. What do you think? I am completely new to this aspect of parenting. Help!

On the other end of the spectrum, how cute are these sheep cupcakes? 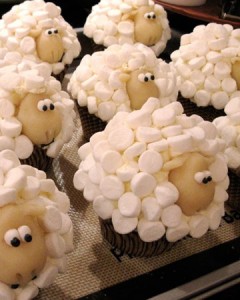 American Idol starts next week. I've watched it faithfully for eight years, but I'm starting to get a little tired of it, probably because I'm now older than the contestants, and...I've been watching it for eight years. I don't really want to give up two nights of my week to watch it anymore. I think it's a good show, but this may be the year that it finally gets axed from my life. It's all-or-nothing with me--either I watch a show completely or I don't watch it at all.

On the other hand, I'm excited about the second season of Masterpiece Theater's Downton Abbey on PBS. I DVR it because I don't watch TV on Sundays. I love it! 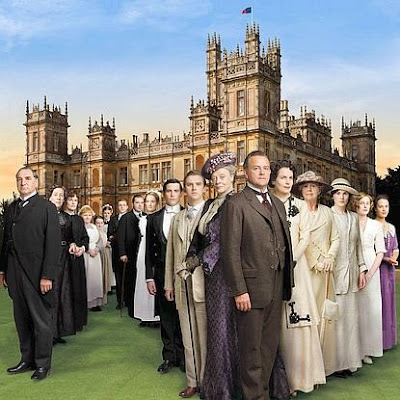 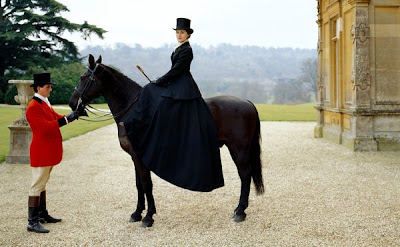 I've been wanting to take an ice-skating class for years, and I finally enrolled and started a class last week!  Every Saturday morning for the next seven weeks you will be able to find me skating (and falling) on the ice. I'm a longtime fan of figure-skating and if I could go back in time I would have taken lessons growing up. I can skate pretty smoothly but I don't really know how to stop or how to skate backwards, and I want to learn a few "fancy" moves, so that's why I'm taking the class. One of the other students in the class is a neurosurgeon, which is comforting in case I have a nasty spill and crack my head on the ice. Ice-skating ain't easy business, but it sure is fun!

Speaking of falling, I saw this on Facebook this week and I thought it was funny! 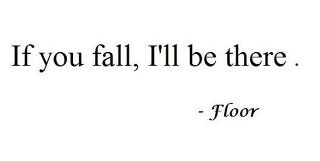 After winning New Hampshire easily on Tuesday, Mitt Romney is almost certainly going to be the nominee if he wins South Carolina next week, which would be awesome. I've been envisioning a Romney-Santorum candidacy lately and I like it. I'm looking forward to the next debate (Monday night) when Romney can defend his successful, ethical history in capitalism against his apparently socialist opponents, Gingrich and Perry.

This has been a weird winter in Iowa. There has been almost no snow and the temperatures have been mild. That all came to an end yesterday when it finally snowed and it was 13 degrees outside. I've liked the mild winter but it's nice to have snow too! (As long as I don't have to drive in it. I hibernate when it snows!)

Well, that was my week. This weekend I'm looking forward to ice-skating and hopefully finishing a book about nutrition that has been taking me over a year to read. I hope you have a good weekend!