Well, I've finally found the time to continue writing about our trip down to the Bahamas in June. (What? It was only three months ago!) Peter and I went there for our anniversary and we had a great time. On a hot Saturday morning we walked around part of the city of Nassau, which is the capital of the Bahamas, doing some exploring. It was fun at first, but the heat got to me and I quickly became an impatient grump and just wanted to get back to the hotel and sit on the beach. I was six months pregnant, so I had that right! Here are some pictures of our explorations: 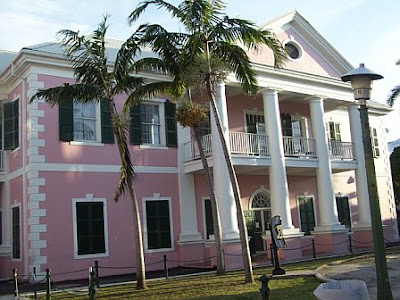 A nice pink building in the government district. Many of the buildings were pastel-colored and pretty. 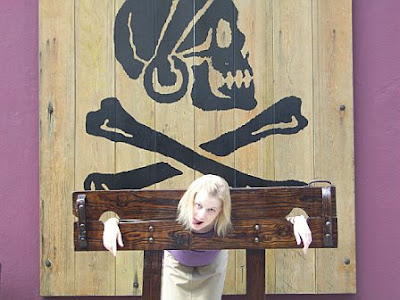 Pirates once ruled in Nassau! This is my tribute to them. 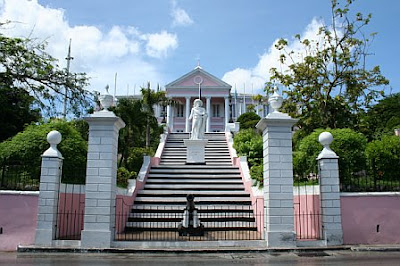 More pink! This is where the governor lives. 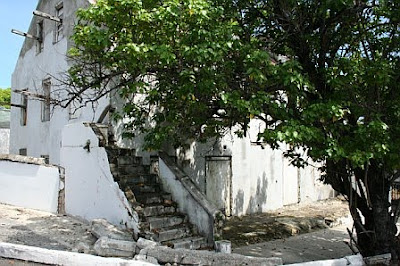 And right across the street from the governor's place was a broken-down slummy area. What an interesting and all-too familiar contrast. 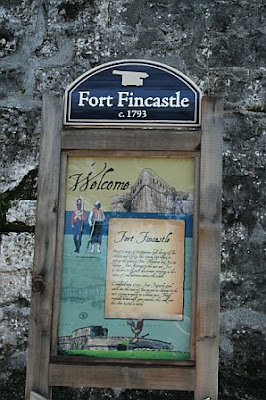 We hiked up to this old Fort, named Fort Fincastle. It almost killed me. It was difficult to find but a native led us there. It had some nice views... 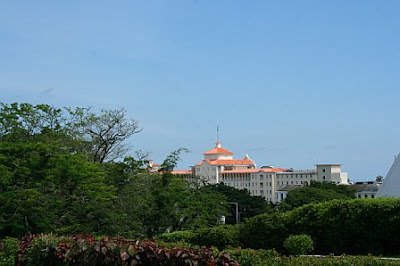 A view of our hotel from the Fort. 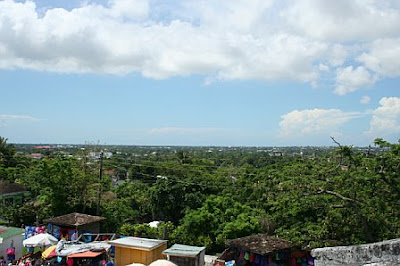 The view looking inland from the top of the fort.

Our next and last stop (we took the bus there instead of walking...the heat was too much!) was a big open-air marketplace right on the water near our hotel. It was full of various crafts, knickknacks, clothes, and knock-off designer handbags, literally stacked up to the ceiling. Haggling was the name of the game, which I stink at, but it was fun and I got some cute things there. 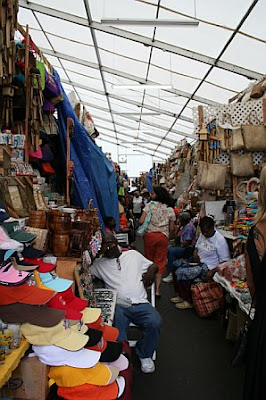 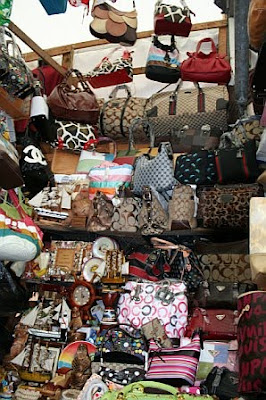 I've never seen so many designer knock-offs, not even in New York City. I didn't get one, although I was a little tempted to get a "designer" diaper bag.

I spent the rest of that day back at the hotel, relaxing on the beach and in the ocean. That's what a beach vacation is all about! These are a few of my favorite pictures from there. 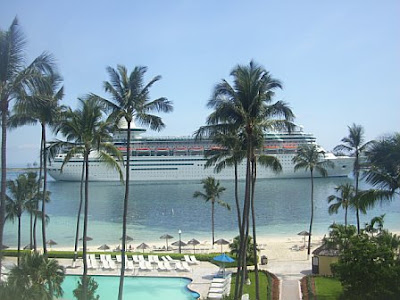 Our hotel was right near where the cruise ships docked. I never realized how huge those ships are! It was neat to see them go by. 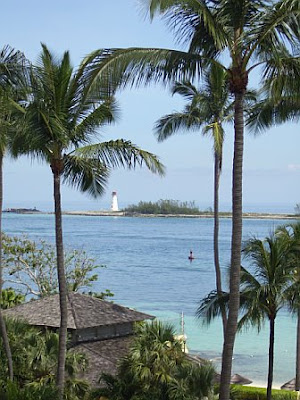 This is one of my favorite photos from the trip. 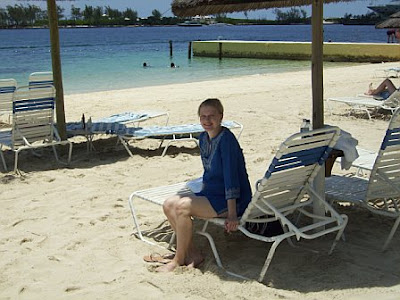 Just chillin' in my pale fair skin. I'm not very interested in tanning! 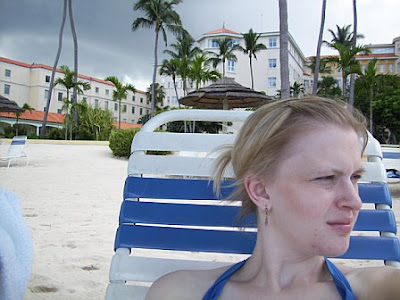 I forgot my sunglasses in our room. Darn it! 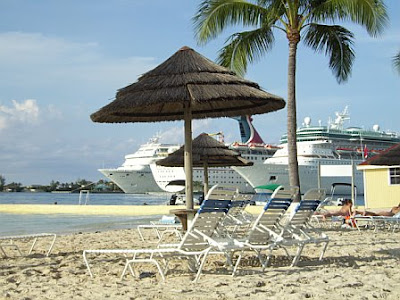 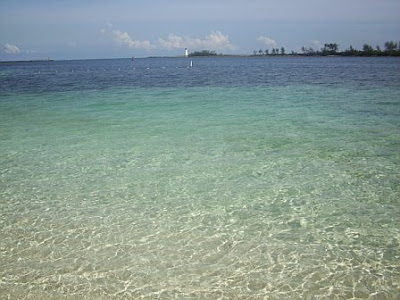 This picture really makes me want to go back! The water was warm, clean, clear, and beautiful.
I have one more post to make about this vacation, and it's about our day trip over to Atlantis, one of the most stunning resorts in the world. I think I took around 150 photos there, but I'm going to be a good editor and include no more than 15 of the best ones when I write about it. That will be a challenge, but I think I can do it!
Posted by Donna at 3:50 PM