The Twisted Trees of Salem

I don't know if it's something in the earth there, or maybe it could be magical witchy powers in the air, but there are some seriously twisted trees in Salem, Massachusetts. I've never seen so many trees like this scattered throughout one town. In a way, they're very reminiscent of the things that took place in Salem's history, like a natural legacy of the twisted-up lies and accusations of the Salem Witch Trials of 1692, sprung from the earth which now holds the victims, accusers, and others of that time.

Many of the strange trees we saw were in the graveyard, which I found out from Alyson's post is named the Old Burying Point and is the second oldest graveyard in the country. That's pretty old! I wonder if graveyards make trees grow funny over centuries of time, since roots are likely disrupted with the digging and burying that takes place there. Do you think so? 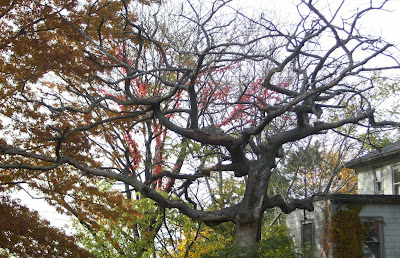 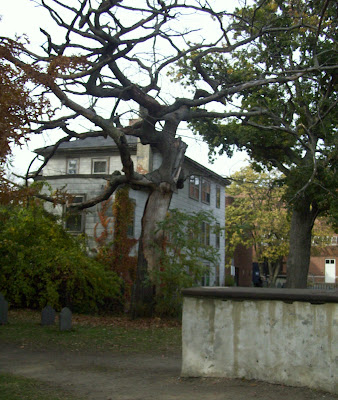 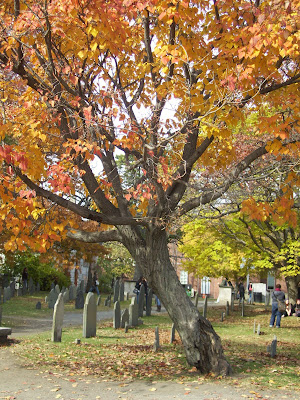 Sharon commented in my last post that she was surprised this tree hasn't been cut down, since it looks like it's about to topple over on to the graves. My guess is that they monitor it and it must have roots of steel, otherwise it would get the ax, literally. It's weird how it looks like it's twisting up out of the ground like that. What a bizarre angle! 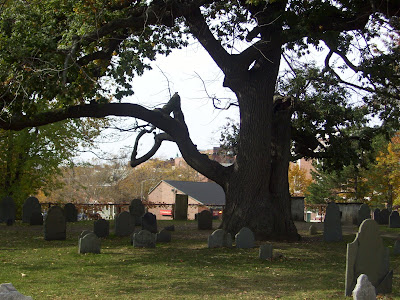 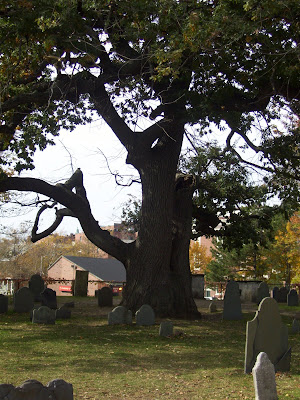 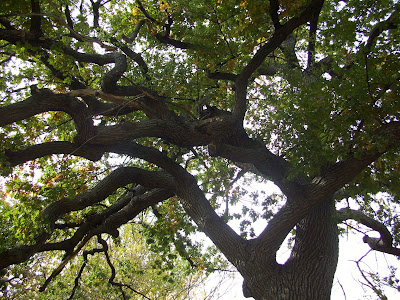 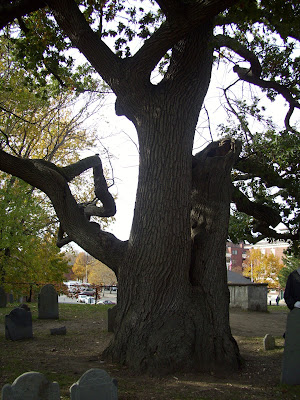 This tree was right outside of the house that is Nathaniel Hawthorne's birthplace. I took this picture of it while waiting to go into the House of the Seven Gables. 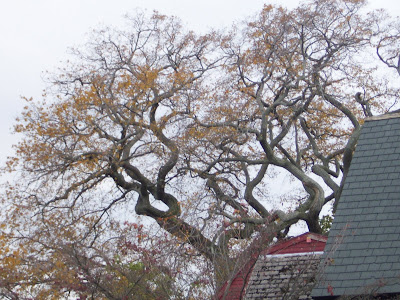 Weird, huh? I took more pictures of other trees but they didn't come out well enough for me to keep. The trees add the perfect ambience to a fascinating place--not that it needs any more ambience than it already has!