A Little Vindication For Children's TV 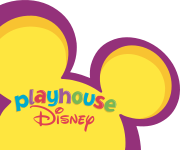 Who says TV is bad for kids? It's an issue I've given a lot of thought to since becoming a mother. I recently read an article in The WSJ about a new study that says TV for kids may not be as harmful as some experts think. Apparently, in the years after TV was introduced in the U.S. (1940s-50s), children who had TV in their homes performed better on tests than their non-TV-watching counterparts. I've been waiting for a study with a result like this one! It confirms what I've always believed to be true--that for the vast majority of children, watching TV in moderation is not going to hurt them and might even help them in various ways.
I watched TV when I was a kid. Not a ton of it, but enough to have some favorite shows and fond memories of them. I lived for Pee Wee's Playhouse on Saturday mornings, and I loved the Disney Channel, Sesame Street, and The Smurfs. And I turned out fine. Heck, I went to college at an Ivy League university. TV couldn't have rotted my brain too much, right?
As for my 3-year-old son, John, he watches some TV almost every day, usually in 30-minute blocks about three or four times a day. He enjoys it, he learns from it, and sometimes we both need that break. He's actually watching the PBS show Curious George right now because he's tired, I'm tired, and it's late afternoon, the worst time of day in our house to get anything productive or constructive done. TV tends to be our best friend at this time of the day.
John watches good-quality shows that I DVR, and I certainly don't think it hurts him. If anything, they help him learn. A recent example: we are a family of book-lovin' readers, so we've been in the habit of reading lots of books with John ever since he was a baby, and as a result he's become a little bookworm himself. But it was the "ABC Animals" episode of Dora the Explorer that he was obsessed with for the whole month of August that got him really into the alphabet. Because of that he's now learning how to read and can spell and recognize simple words. The show got him excited and ignited his desire to go beyond just knowing the letters to the next step of learning each letter's sound to now learning how to read. Awesome! Gracias Dora!
I do think it's sad and harmful when kids just sit and watch TV for hours each day, day after day. That is where TV for kids (and adults too) can definitely become a bad thing. But when used in moderation, it's fine. Hey, it might even help your kids do better in school!
What do you think about this issue? Are you pro-TV or anti-TV or somewhere in between? I'm curious as to what other people's TV habits are for their kids. Feel free to leave a comment with your thoughts!
Posted by Donna at 4:25 PM