February was the last month of John's junior year wrestling season. It was a good one for him--he did well at Sectionals and qualified for States, where he went up against two really good guys and lost both of those matches, so then his season was officially done. And it really was a great season with lots of wins for him and a lot of personal improvement in the sport.

John is in the front, walking away from the huddle. 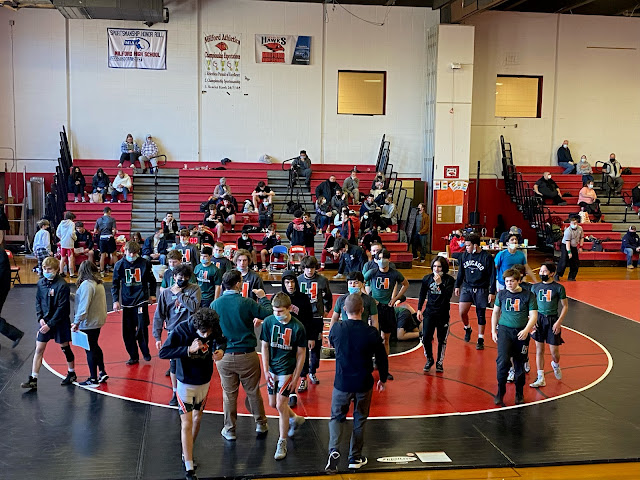 Warming up before a big meet against one of their biggest rivals. 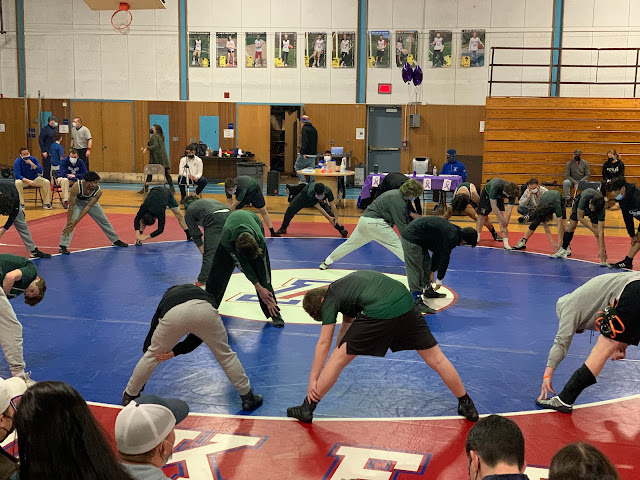 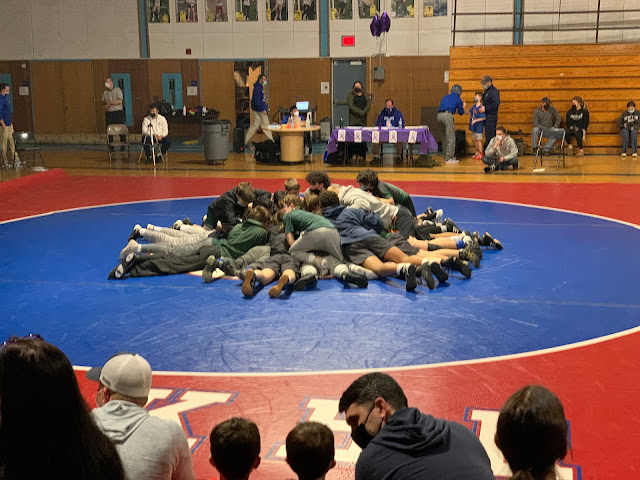 John was supposed to have a re-match at that meet with Nora, the girl he lost to in December but beat last May. She was there, but she was injured, so he wrestled someone else instead. He won, and I'm pretty sure he would have beat Nora that night too.
Sorry to include a picture with the ref's butt up in the air 😆, but it's a good pic because John was going in for the kill with a successful pin. 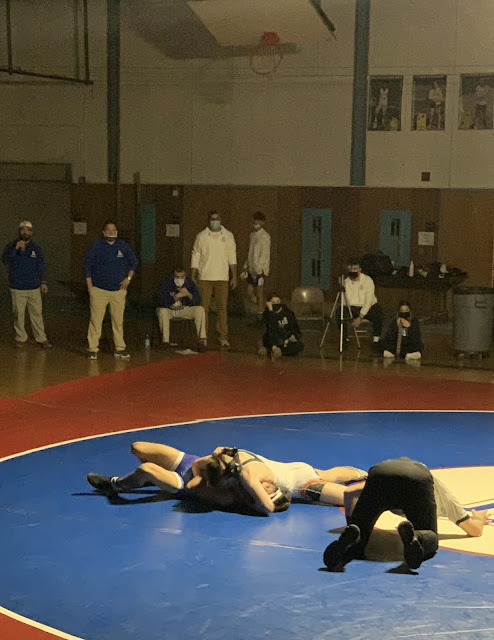 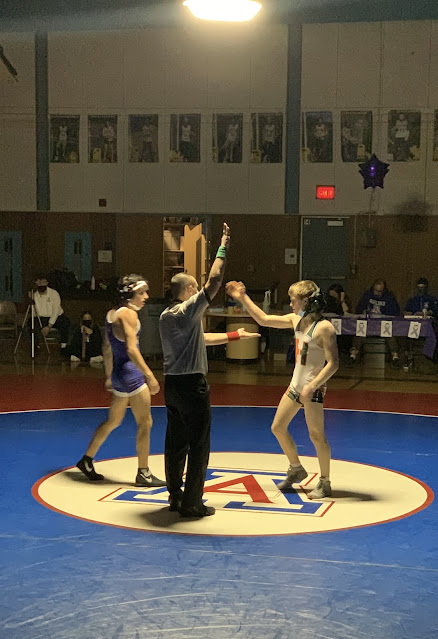 Our school hosted Sectionals on a cold Saturday in February. There were around twelve different schools competing. John won some and lost some and he did well enough to qualify for States a week later.
It felt good for things to be almost back to normal again. I didn't wear my mask the whole time and neither did a bunch of other people. Hallelujah! 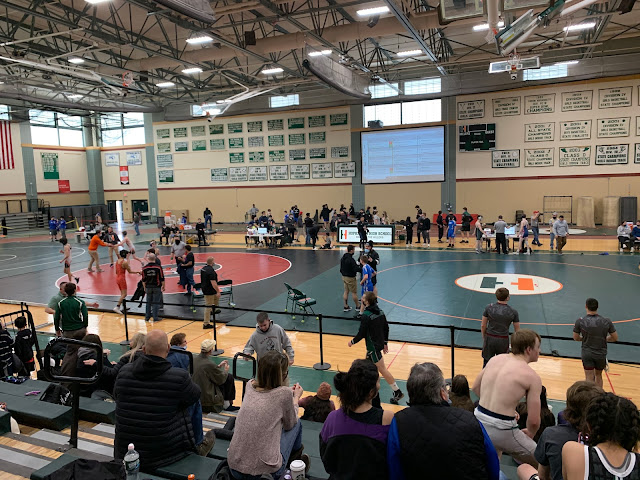 This is John and his teammate Justin. Justin ended up doing really well at Sectionals and States, and he made it all the way to New Englands. Plus, we just found out a few days ago that his brother (a former wrestler at HHS) just got drafted into the NFL! 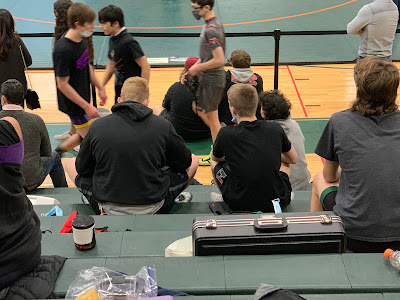 I helped out with the concession stand for an hour. I made some good walking tacos for people. Those are delicious! Note for next year--they need to have sour cream! A taco isn't complete without sour cream. 😋 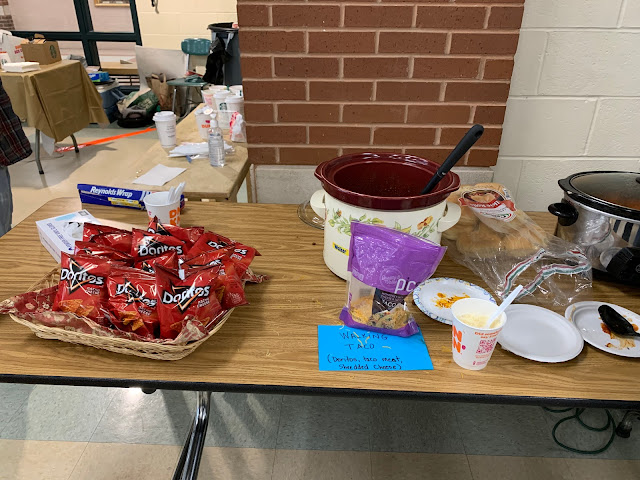 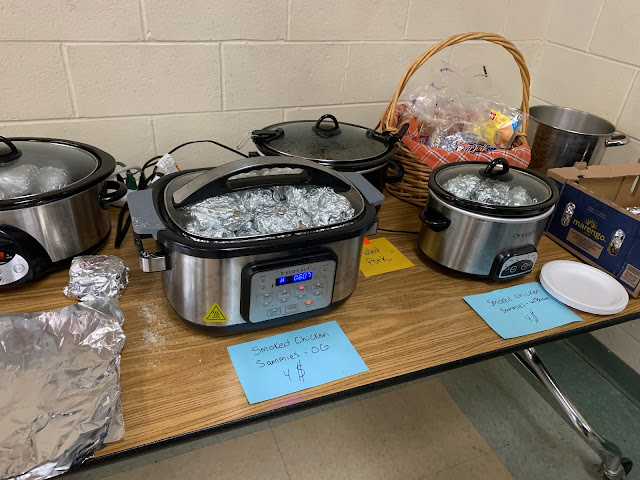 And now finally, some actual wrestling pictures from that day of "Wrestling J" (as Sam and I delight in calling him!). 😄 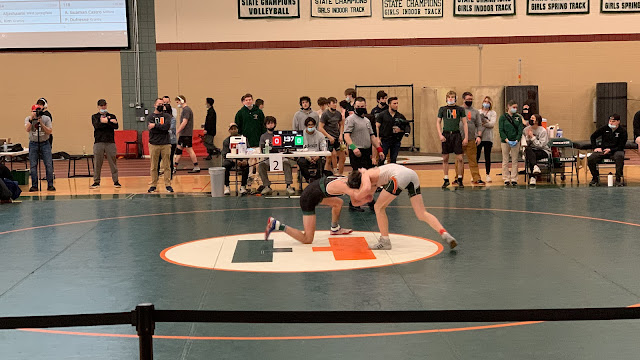 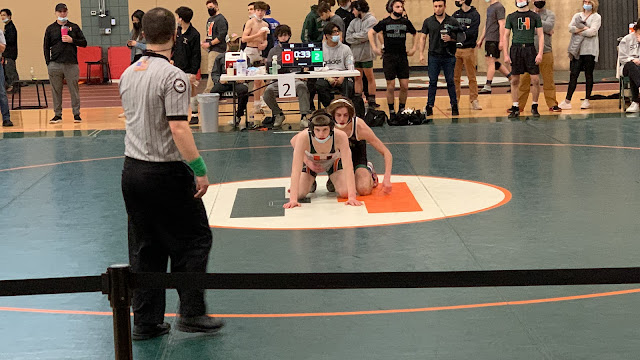 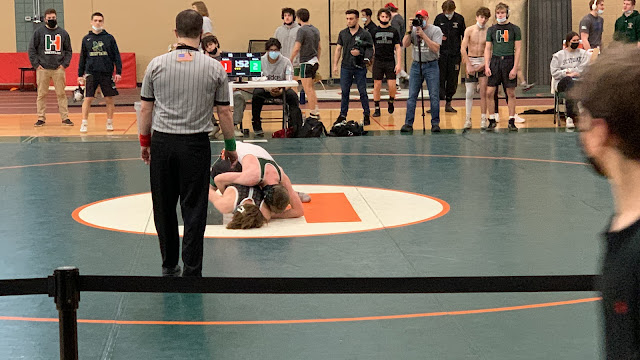 Here he is talking to one of the captains after a successful match. I hope John is one of the team captains his senior year. I think he definitely deserves it and that he'd be a good one. 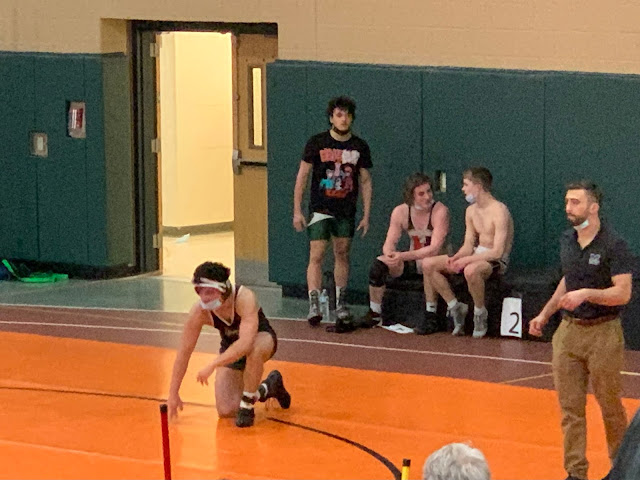 This was my ticket for States the following week. It was at a huge facility but it was still crazy crowded there. 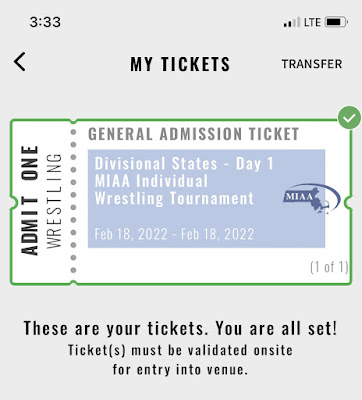 I bought John a commemorative t-shirt and hoodie. His name was on it along with all of the other wrestlers who qualified for States. Can you see it? No? Why not!? 😆
His name is the fourth one down under "126." 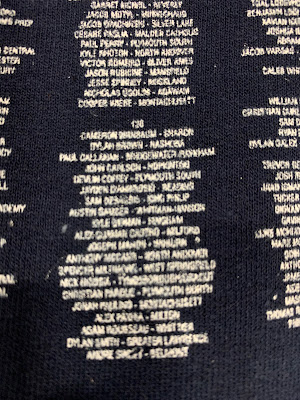 It was a great wrestling season. Now he's enjoying doing off-season wrestling at a nearby club as he gears up for his senior year season. The fun never ends! Well, until it does when high school comes to an end. But then--college!
Posted by Donna at 12:59 PM