Around the Yard and House in October

Following September's example, October was another lovely month weather-wise. We had a warm and mild fall last year, and I loved it! 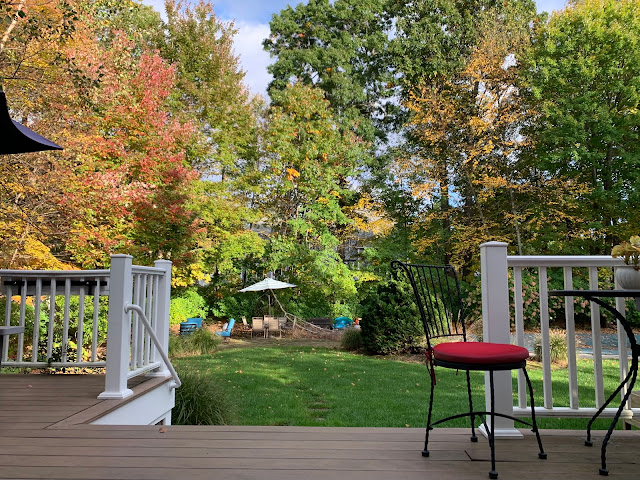 There was enough wind one day to make this old dead tree that had been tilting precariously to the side for awhile finally come down. 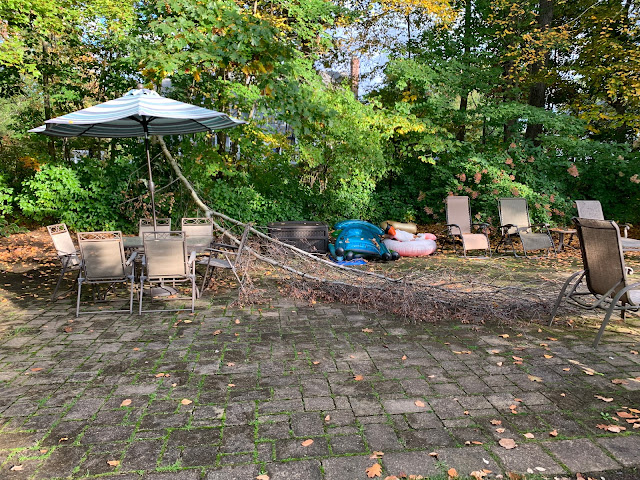 Anyone want any firewood? 😄 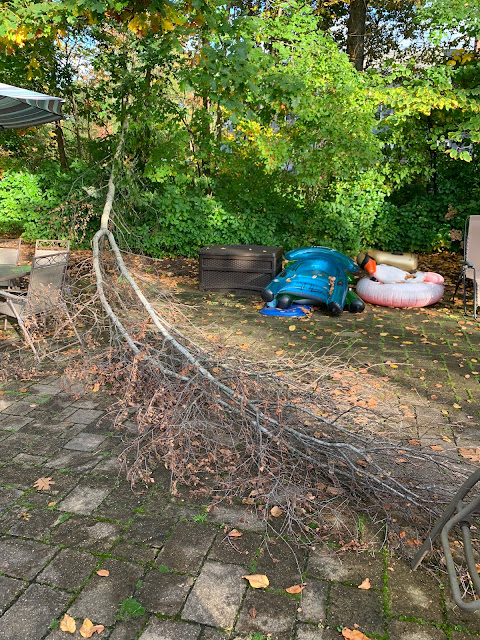 The pool was closed for the season during the first week of the month but I still liked to sit out and read by it on warmer days. I love the backyard; it's a peaceful place. 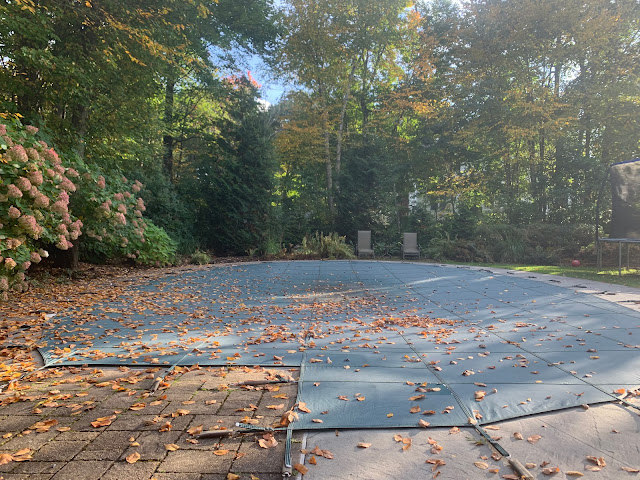 Looking at this picture I realize now that these sunglasses were a little too big for my face. They have since broken so that takes care of that! 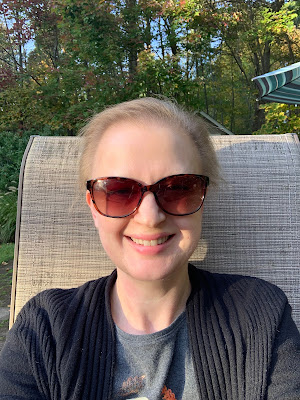 I put more effort into decorating the front porch than I usually do, including getting two big pots of the dreaded mums (dreaded because no matter what I do they always die!). I think it was because I'd been taking walks around my neighborhood and was inspired by other people's front porch decorating. Gotta keep up with the Joneses, right? 😜 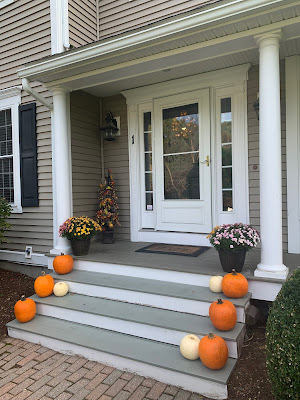 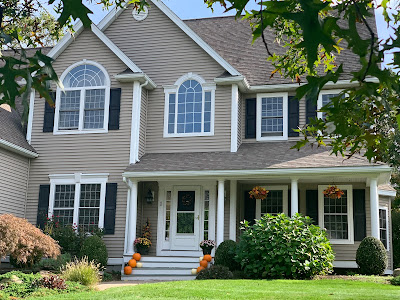 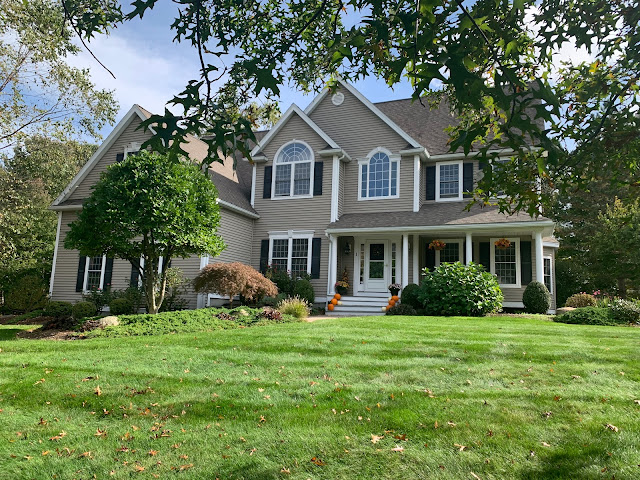 Now on to the inside of the house. I used this cute owl table runner for the first time that I'd bought on sale from Pier 1 a couple years ago. 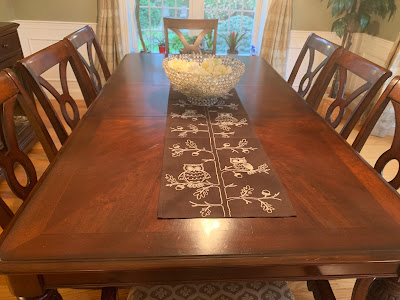 Some of the Halloween decorations around the house... 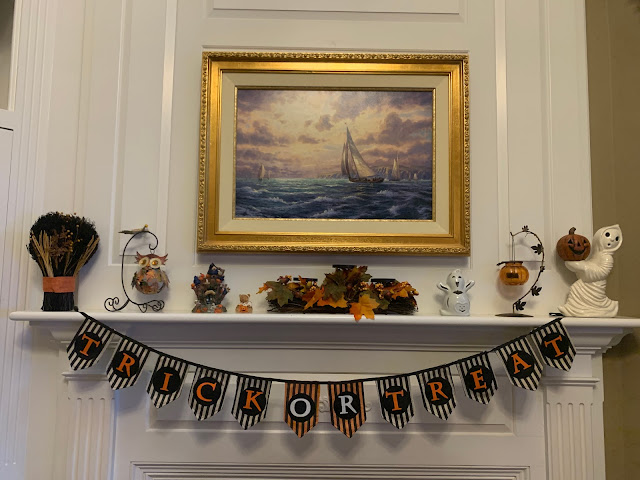 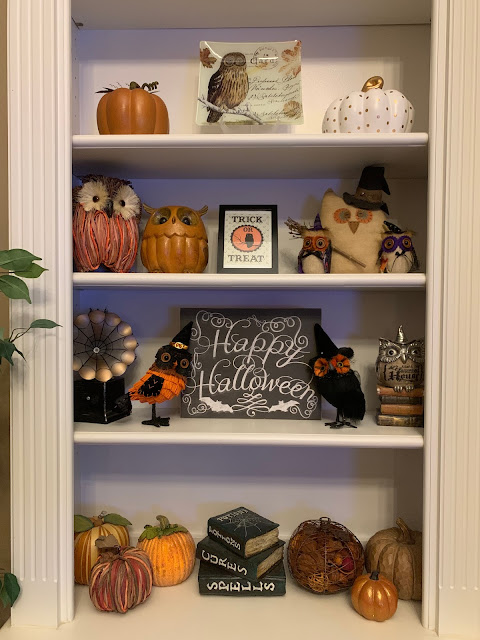 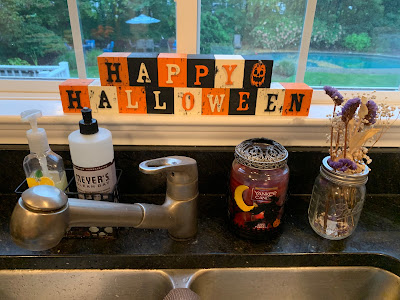 I ordered this pretty fall owl wreath back in August and it finally arrived towards the end of October.
Dang supply chain problems! Isn't it cute though? 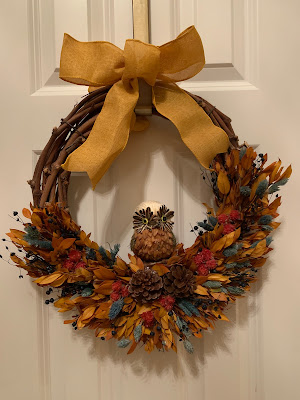 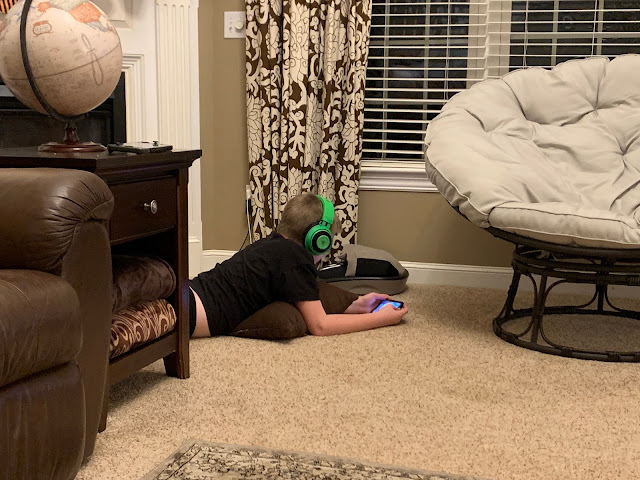 Sam filling up his water bottle 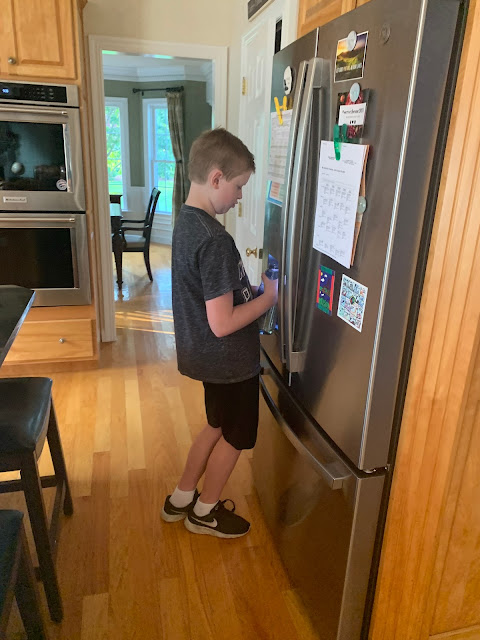 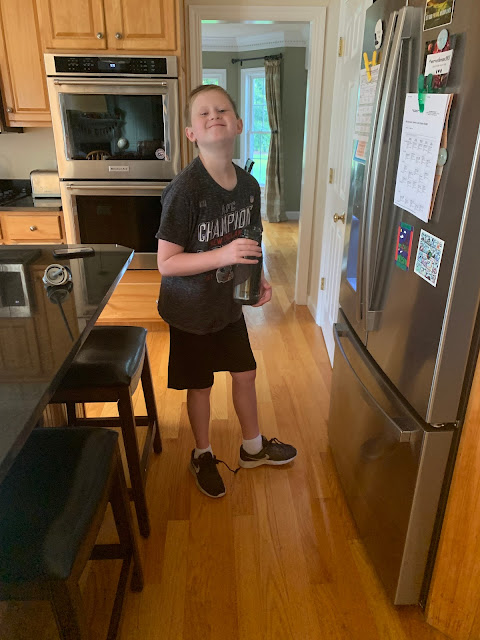 Sam on screens (again) and lounging on the couch 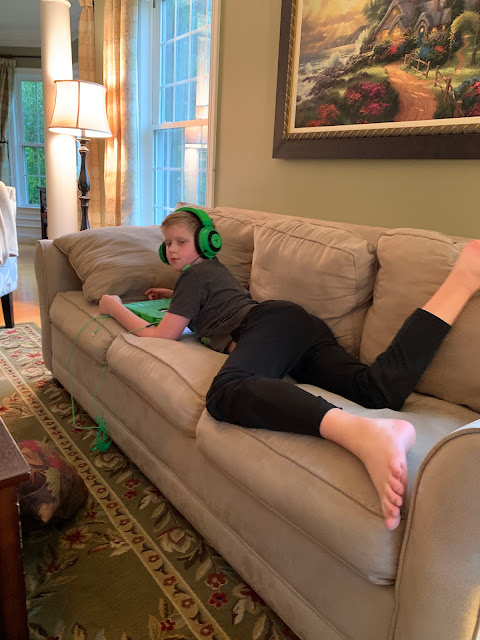 Sam asleep. It was cute how he'd set up his stuffed animals and pillows that night and that's why I snapped a picture. I'm so glad that he still uses stuffies. I know their days are probably numbered as he grows older. 😢 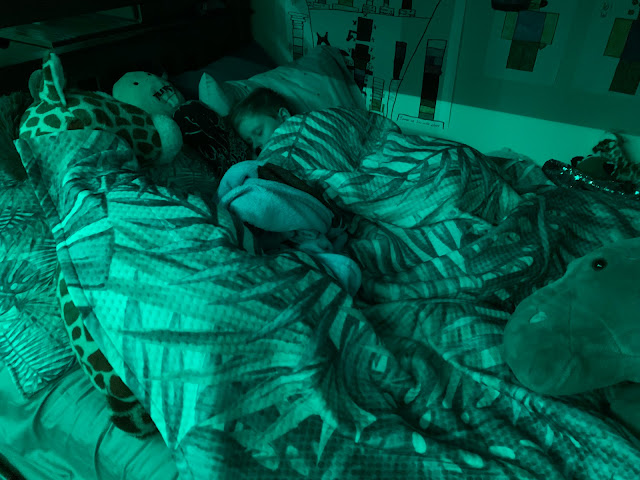 And here's one of John in his Alvin hoodie for a little balance. 😆 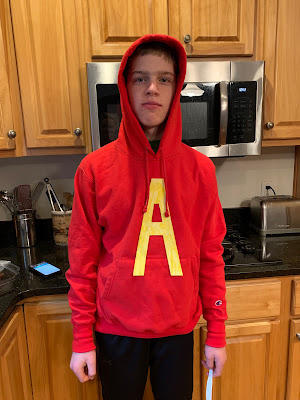 I should have put this picture in my Halloween post. I made my famous brownies the day before Halloween. They became Halloween brownies when I sprinkled on orange and black sprinkles before they baked.
Martha Stewart strikes again! 😆 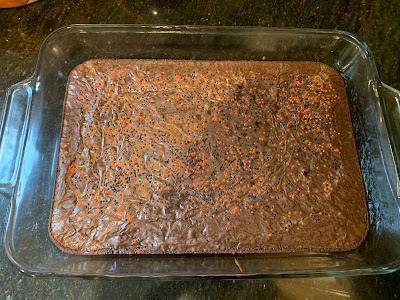