It's emotional and a little bittersweet for me to put this post together. I'm shedding tears as I do it. I had no idea that September was going to be Boo Boo's last full month with us. He'd been doing just fine and there was no indication of impending doom anytime soon. He'd been on an anti-inflammatory since April for arthritis and it made him seem like a young dog again.

Today is the two-week anniversary of his death, and while the pain isn't as sharp and raw as it was two weeks ago, it's still there as I continue to grieve his sudden loss from my life and from our home. He added so much to both of those things. He was my faithful companion for ten wonderful years, almost to the day (we brought him and Yogi home from a shelter on October 9, 2010 and he passed away on October 14, 2020. He was around 12 years old). We went through Yogi's sudden and tragic death together (that one was the hardest, for him and for me), and getting Violet, and Brody's death, and moving to a new home halfway across the country. He and I were together a lot since I'm a stay-at-home parent and a homebody. He was always a huge blessing to me--of comfort, of joy, of faithfulness, of protection, of stress relief, of fun, of unconditional love. I miss him so much. I miss his presence, I miss the sound of his barking, I miss his friendly and mischievous and loving personality, I miss him laying on the stair landing, I miss him running around the front yard, I miss seeing his face in the glass windows by the front door when he was ready to come in, I miss giving him "huggies" and "tummy rubs" (he gave the best hugs--he'd actually lean into me), I miss stroking his silky-soft fur and running his floppy ears between my fingers and stroking his head, I miss the soft sound of his breathing at night from his favorite spot in my room, I miss giving him food scraps and always having a spotless kitchen floor because he'd clean everything right up that fell down. I miss HIM.

When I see his empty kennel now, it helps to tell myself that he's gone on a great adventure, because he has. I know that he's in heaven with his beloved brother Yogi again and that he's so happy there. I really know this, to my core--it's not a euphemism or a fervent yet hollow belief to help myself get through it--it's literally true. We will be together again. And that makes a huge difference in the grieving process, because when you see death as a separation that is temporary in nature, with a wonderful reward of permanent reunion to come in the future, it really helps you to see the bigger picture, and that is so comforting.

I'm so thankful that in September I happened to take some good photos of him, and I even took a video of him that I will cherish until the day that I see him again.

Our last selfie together. I had no idea, or I would have tried to look better. 😏 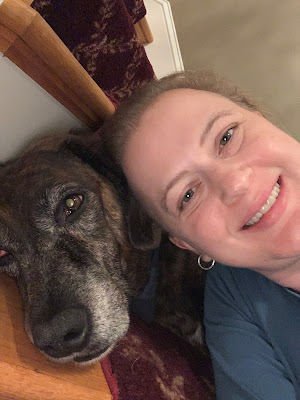 I miss the clicking of his nails on the hardwood as he walked around the house. 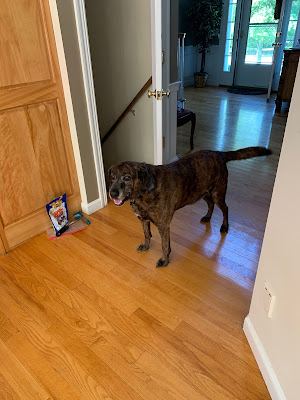 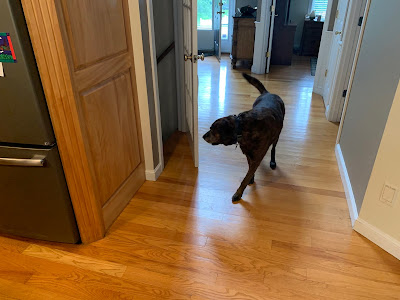 I miss him guarding his home so faithfully. 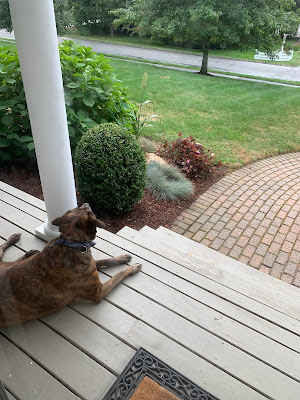 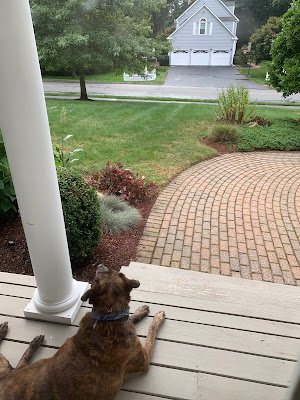 I miss him just being there. His presence and his sweet personality added so much to our home. 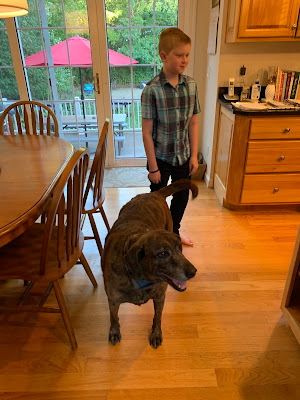 I took these pictures on Sunday, September 27th as I ate at the table. He looked so cute that evening so I grabbed my phone and snapped away. Only two Sundays later he was terribly sick and could barely get up from where he laid on the office rug. I had no idea when I took these photos that he had cancer or anything else seriously wrong with him. He didn't seem to feel it at all until his final days, and for that I'm thankful. 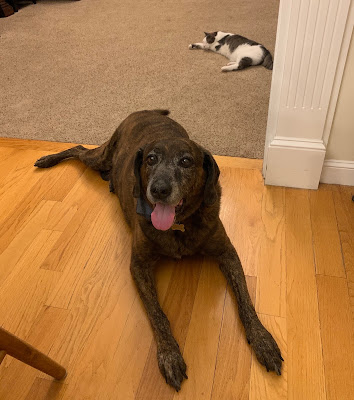 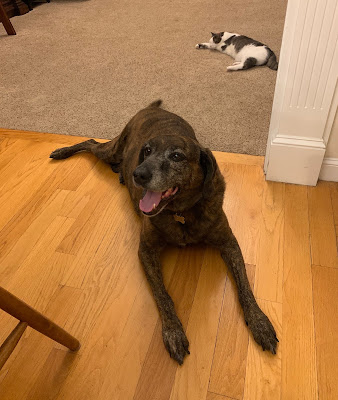 He was such a good and beautiful boy. 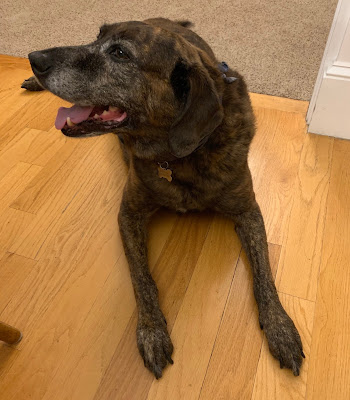 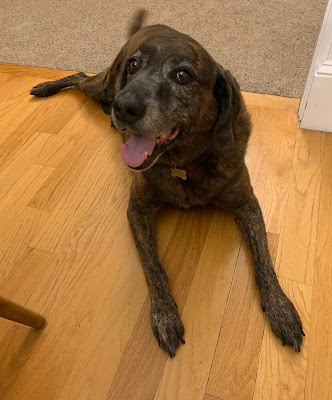 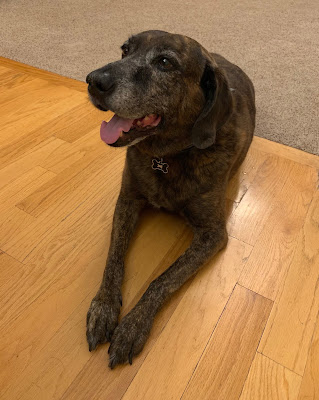 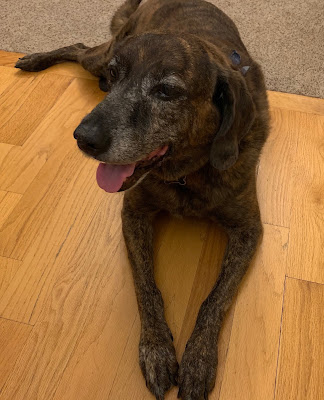 This pretty sunset picture with Boo Boo in the yard now seem to me to be foreshadowing of the glorious destination to which he was headed only a few weeks later. 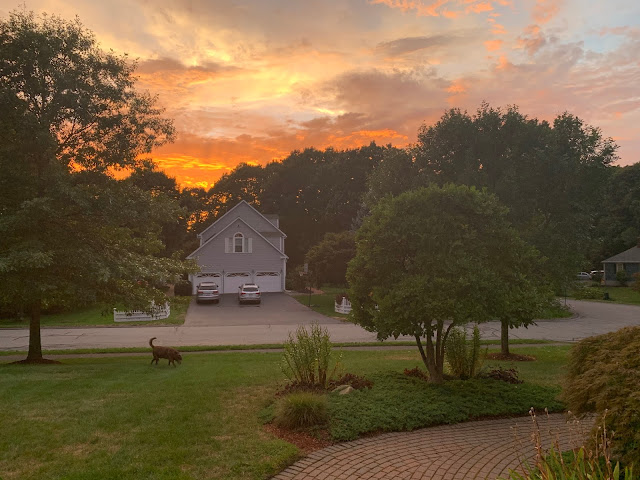 I'll be doing another post or two in the next few weeks with the final pictures of his wonderful life. These posts are hard to do, but they matter, and they're therapeutic. 💔💖
Posted by Donna at 10:37 AM