Our master bedroom suite is nice, but it has a fatal flaw: its window is large and high and the top of it lets in a lot of sun, which was problematic in the early mornings. After about a year-and-a-half of that, I decided to do something about it and had a nice set of drapes installed to help solve the problem. 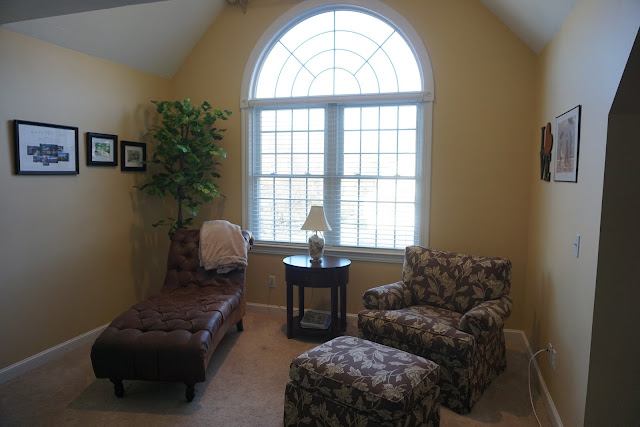 The room is bright and sunny, which is great, except for early in the morning when you're still trying to sleep.
I like to get up early but not that early. 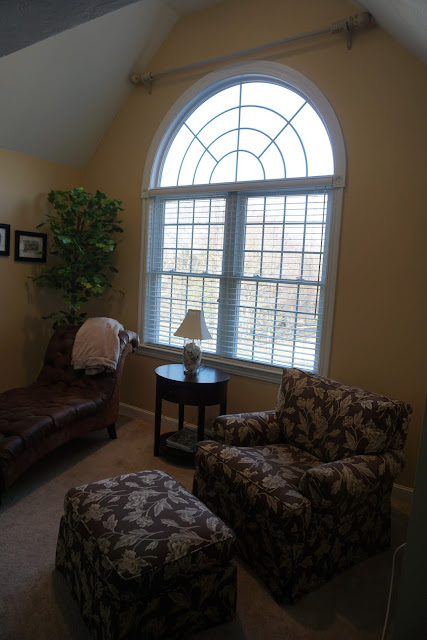 View from the bed. Soon after we moved in I purchased a good eye mask to help block the light and it worked okay but I don't really like sleeping with an eye mask on. 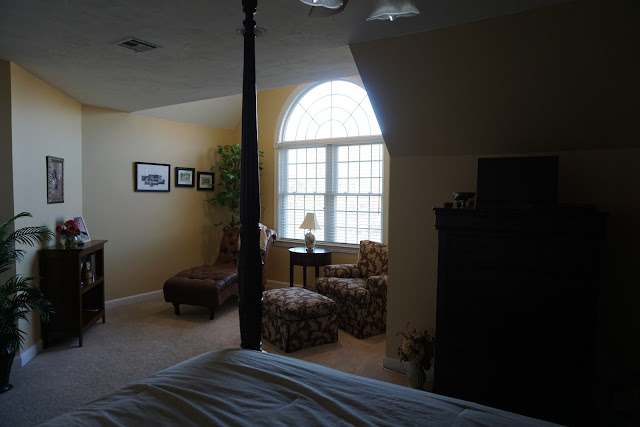 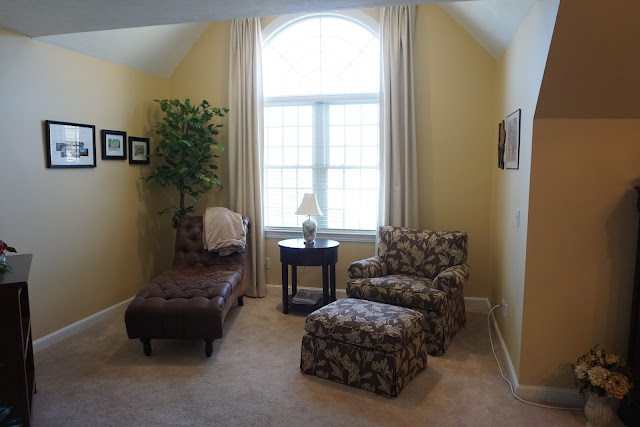 The drapes are a nice neutral cream color and they're thick. They're not room-darkening but they block the light very well. Except for when they're open. 😄 I keep them open during the day because I like light-filled rooms (except as I've said for early in the morning!). 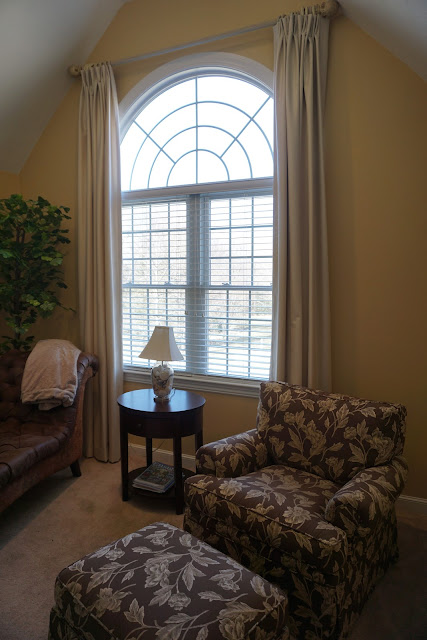 I close them up nice and tight at night. 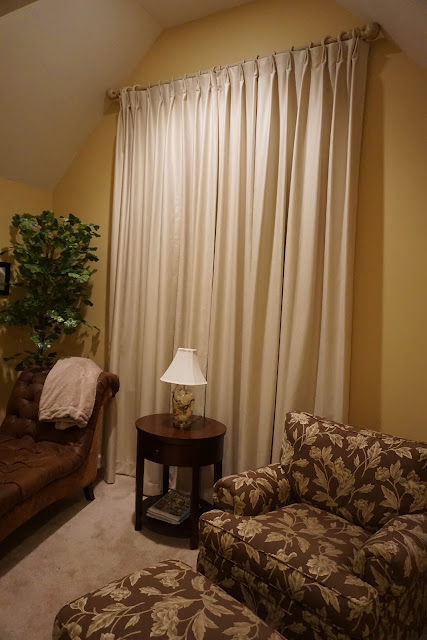 The only drawback is that the drapes are hard to open and close from the ground because the curtain rod is so high, so I have to climb onto the arm of the chair and part of the table to do that. But it's fine, and totally worth it. I haven't fallen. (Yet.) 😆 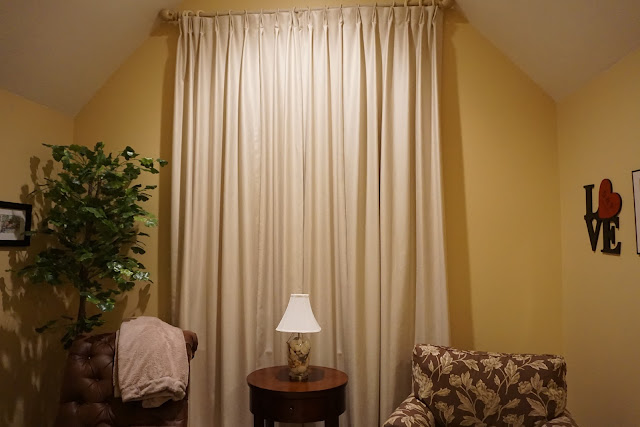 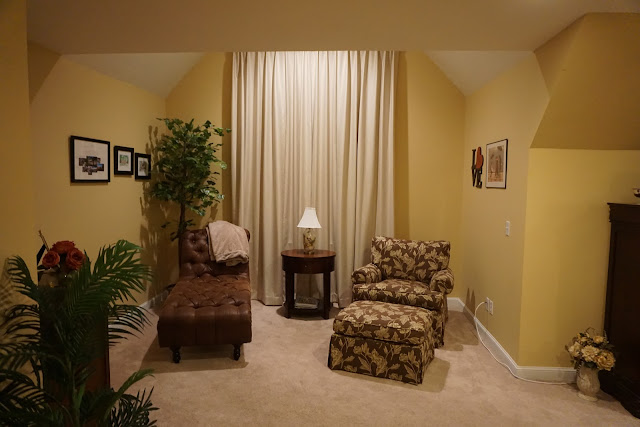 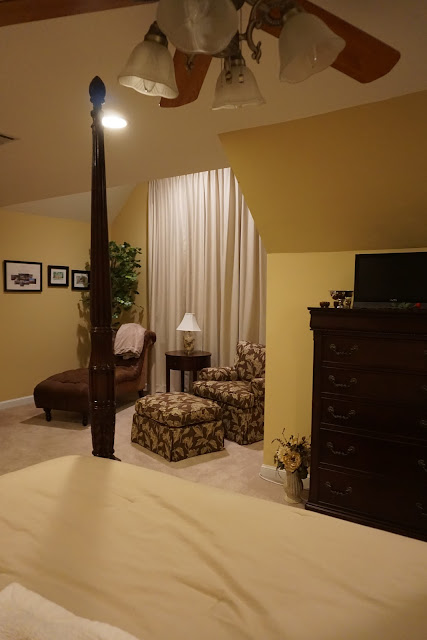 It's been so nice to not be woken up by the morning light at the crack of dawn anymore. Home investments like these that impact your health and physical well-being are TOTALLY WORTH IT!