The End of the School Year

We weren't used to school ending in the middle of June because in Iowa it was always out before Memorial Day. For that and other obvious reasons, the end of the school year couldn't come fast enough last year!

John qualified for States for the hurdles!
He's in the orange shirt on the left side. He didn't win or place but he kept up with the group and did well. 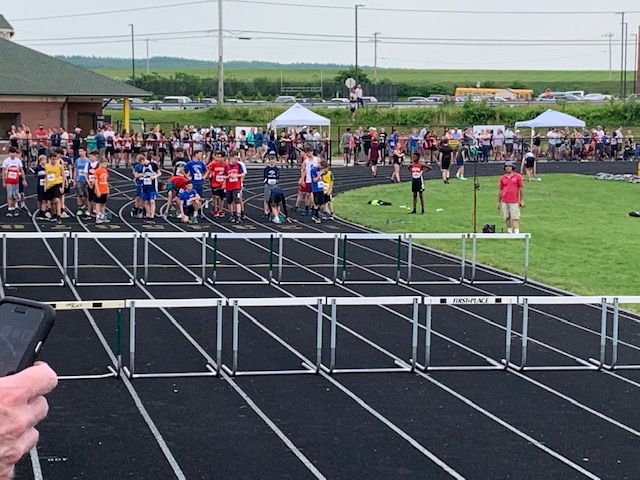 John had a wonderful English teacher in 8th grade. Her name was Mrs. Grady and he really liked her. She loved "her kids," as she called them, and you could tell that she really did. At the end of the year they read her favorite book To Kill a Mockingbird (and also saw it on Broadway in New York City) and there was a discussion about it one evening at the school that parents were also invited to attend. She made delicious refreshments for it too. What a great person and teacher she is!
That's Mrs. Grady in the center. John is on the left in the front row. 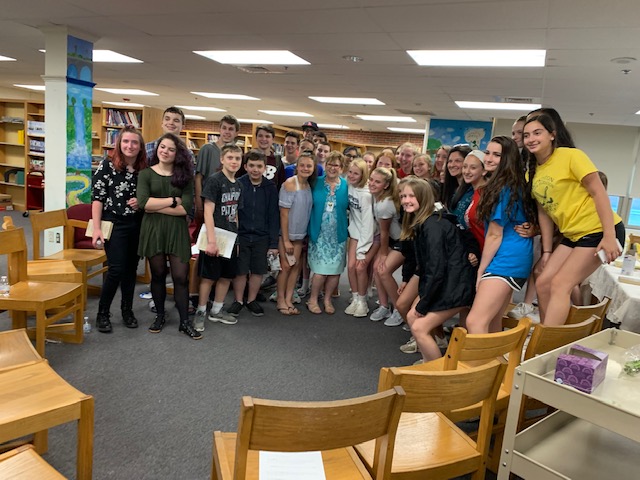 Sam played a few songs at his end-of-year piano recital. He did great! He's been doing really well with piano. 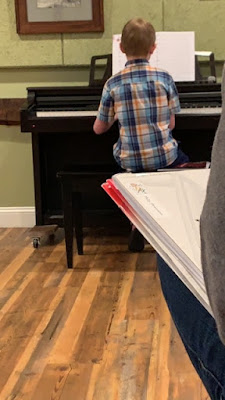 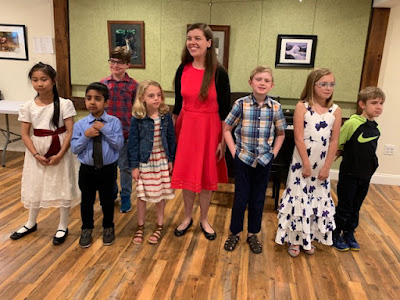 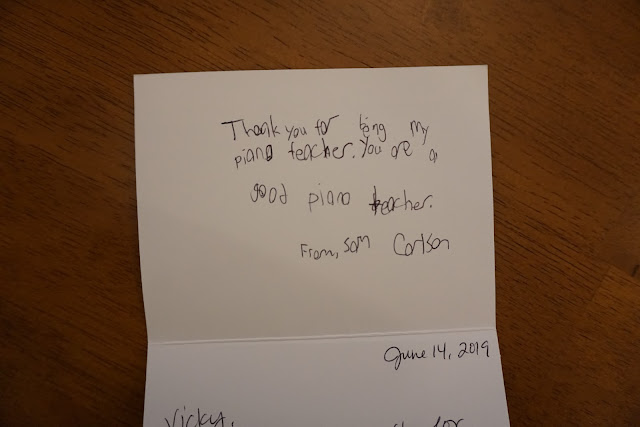 Sam chose Benjamin Franklin for his American history project at school. He had to make a "doll"-like figure of him and do a Google Slides presentation about him. The parents came and walked around and saw the projects of all the kids in the class. 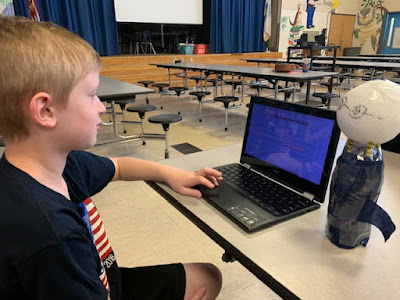 Then they sang some patriotic songs together and it was adorable. I will cherish the videos forever! Sam is in the middle in the navy blue shirt with a flag on it. 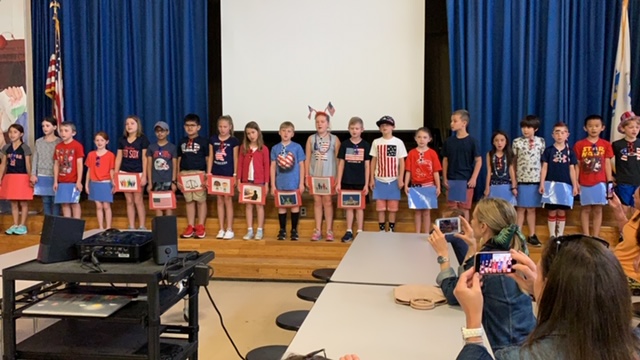 There was an 8th grade "promotion" ceremony (as in, promoted to high school) the evening before the last day of school. It was long and crowded and John failed to share some key details with me so we barely made it on time, but it was nice. 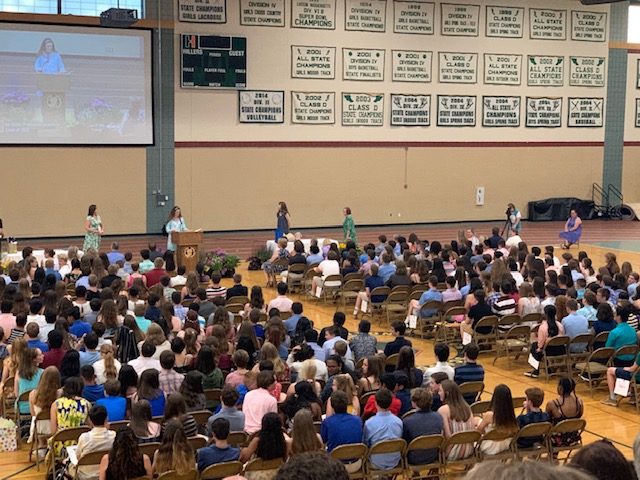 I know it's hard to see but that's John up at the front receiving his certificate and shaking hands with the vice principals and principal. 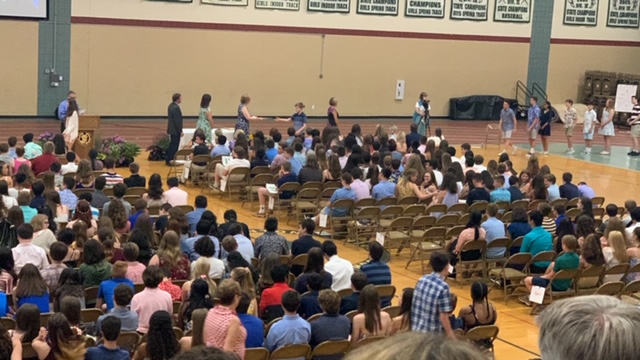 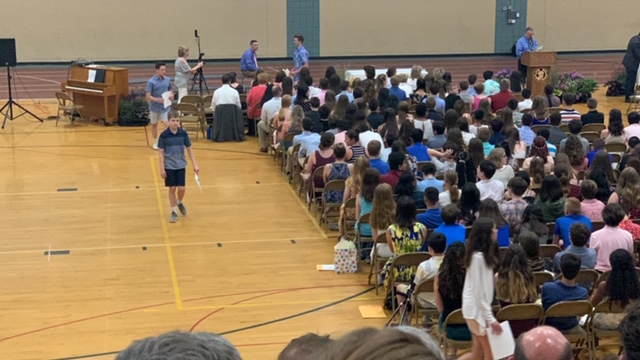 In four years this will be a diploma and he'll be in a cap and gown! 😱😭 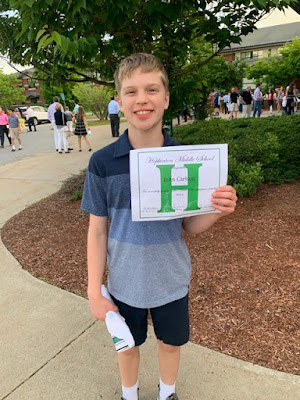 Sam writing thank you cards to his teachers. 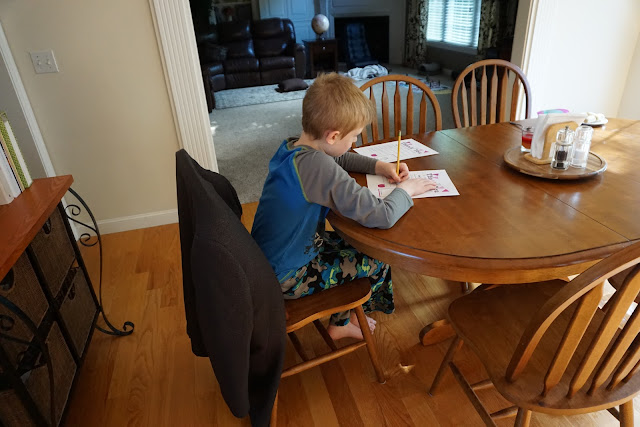 Sam was in a two-teacher classroom in 3rd grade. 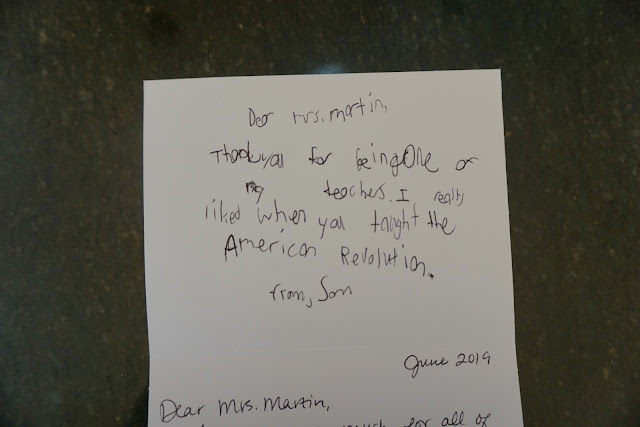 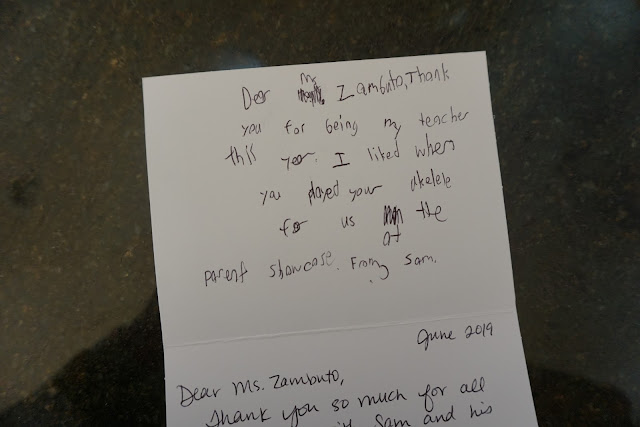 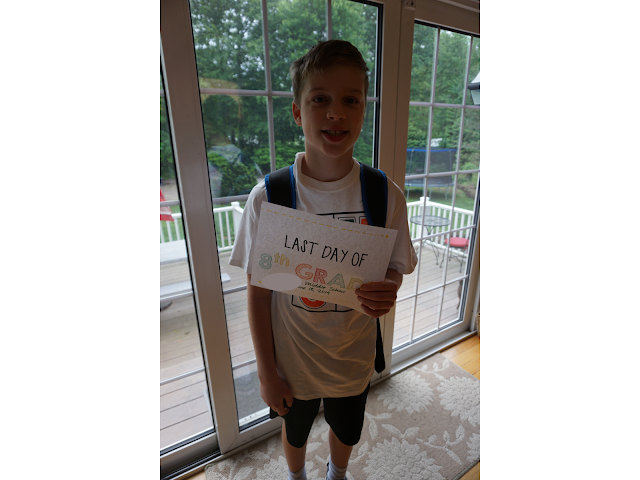 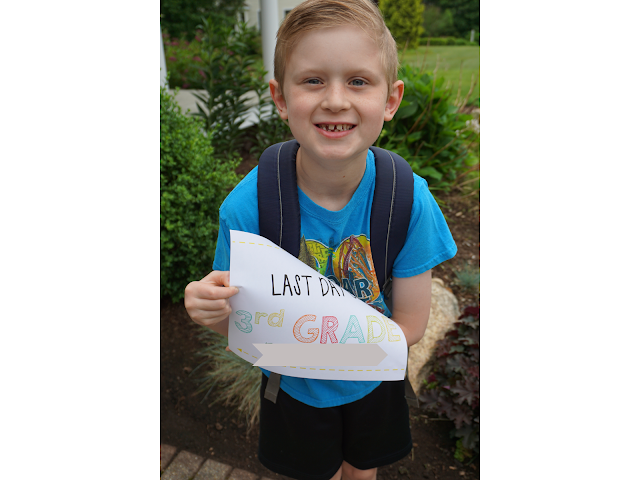 Their first school year in Massachusetts was officially in the books! And now it's officially on the blog! 😁