Our first winter back in New England was disappointing as far as snowstorms went. Meanwhile, back in Iowa, they got a ton of snow! It was a maddening reversal of our largely snowless winters out there while back in MA they got pounded by nor'easter after nor'easter year after year, of which I was envious, because there are few things I like better in the winter than a good, fierce nor'easter. But it was not meant to be in Massachusetts last winter. We got some snow in January but not much. 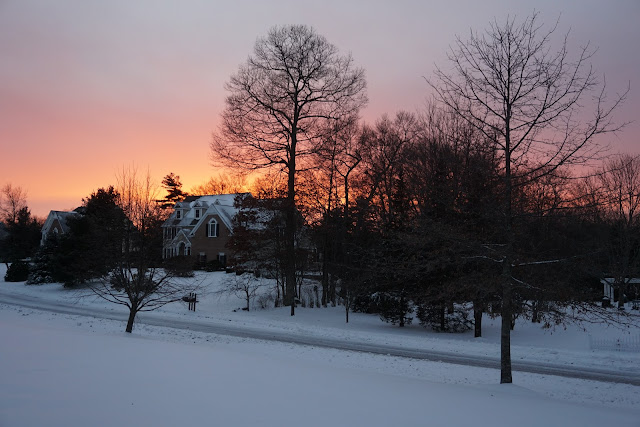 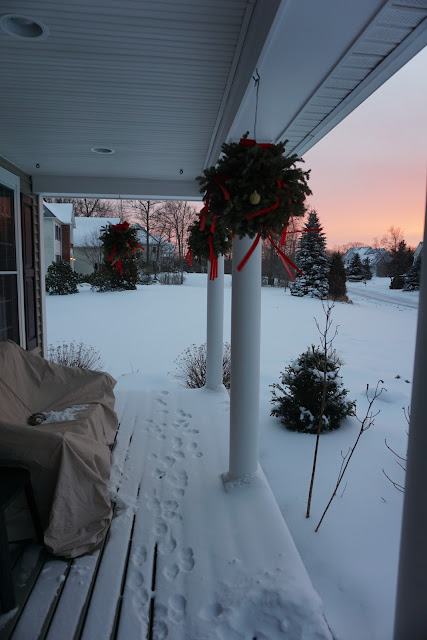 Tales/Tails of Boo Boo (get it?) 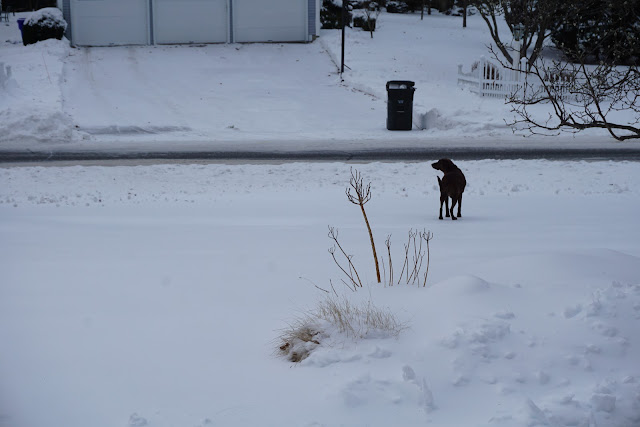 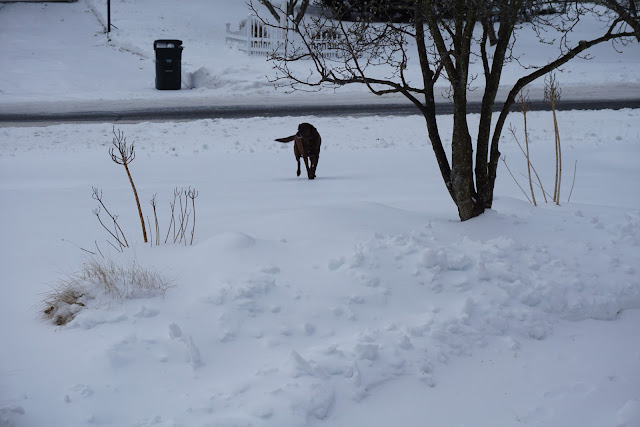 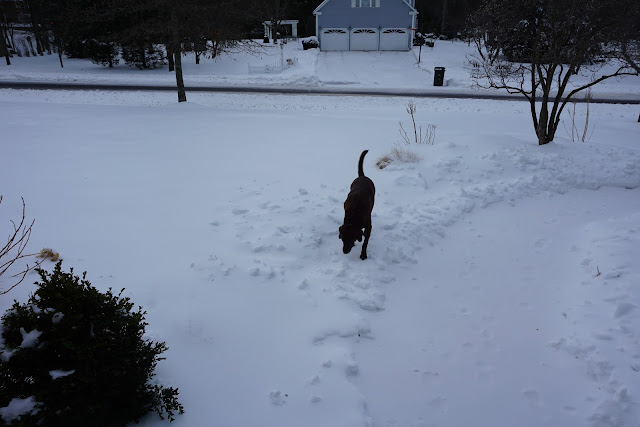 For most of the winter there was only a thin layer of snow on the ground... 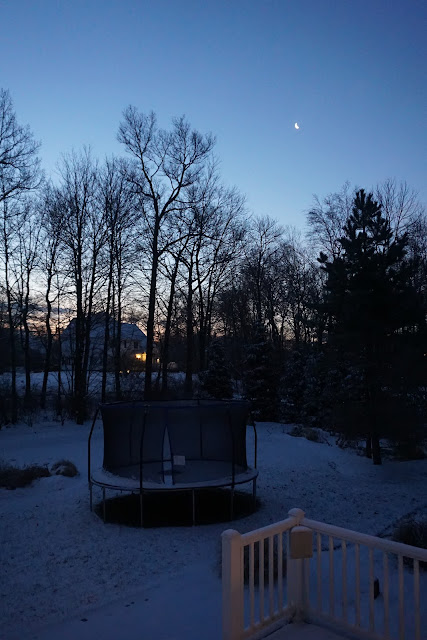 ...or none at all! This was only a week or so after the above pictures. The snow had almost all melted! 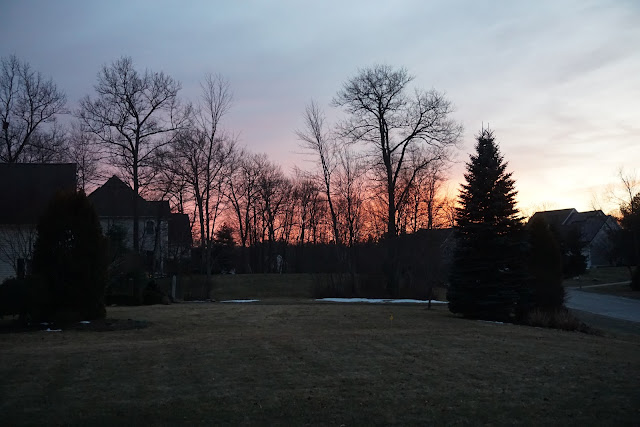 The sunset was still pretty, though. 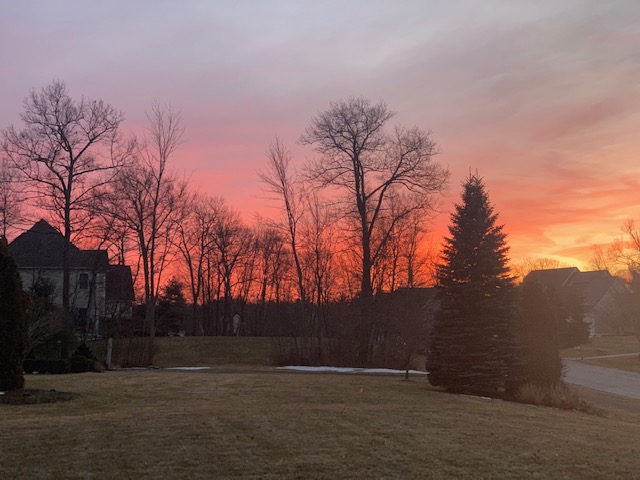