Sam and the Lego Roller Coaster!

Sam got a very generous Christmas gift from his Grandpa Hogan last year. It was a huge Lego roller coaster set, the biggest Lego set Sam had ever received. He's a big fan of both Legos and roller coasters, so it was a great gift and one that he'd been wanting ever since we'd seen it all set up at the Lego store at the Mall of America in Minneapolis in May of last year. It was a big project to put together--over 4,000 pieces, and for ages 16 and up--but at nine years old, he did it on his own in less than a week! 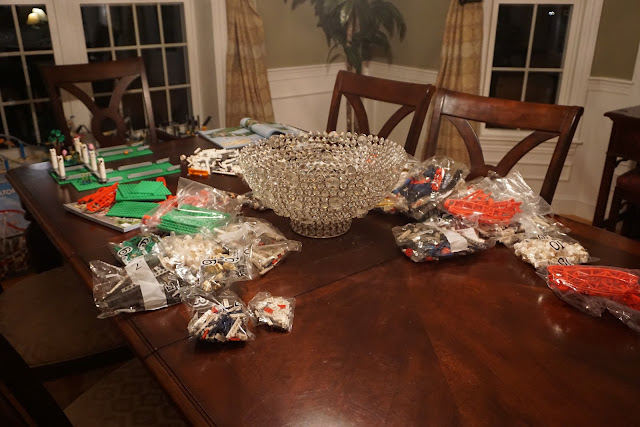 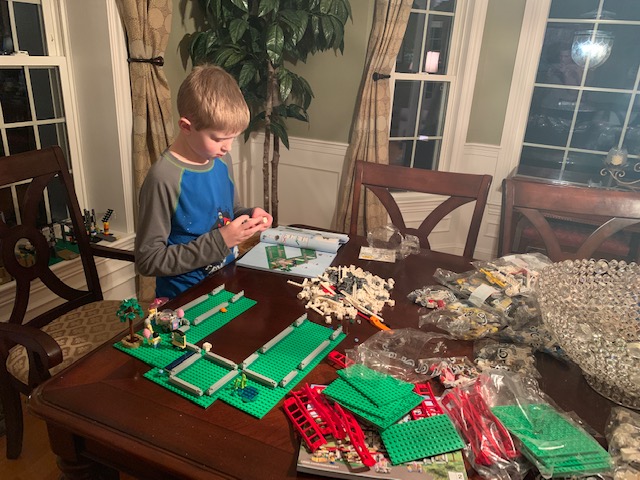 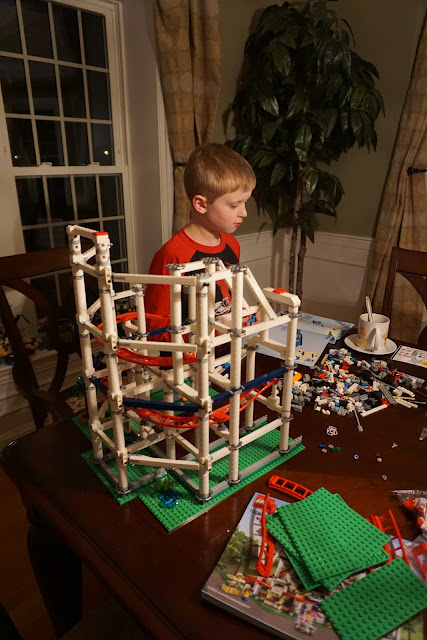 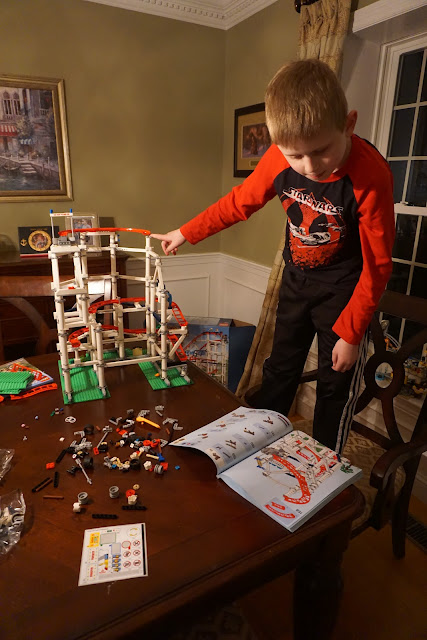 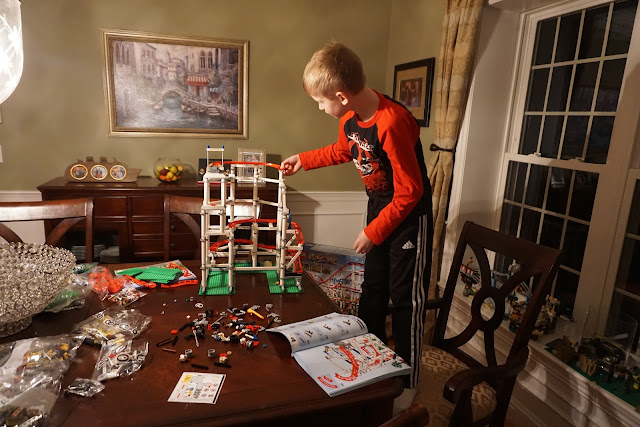 Almost done! In this picture he's putting the track on. It was tricky and I was glad he didn't need my help! 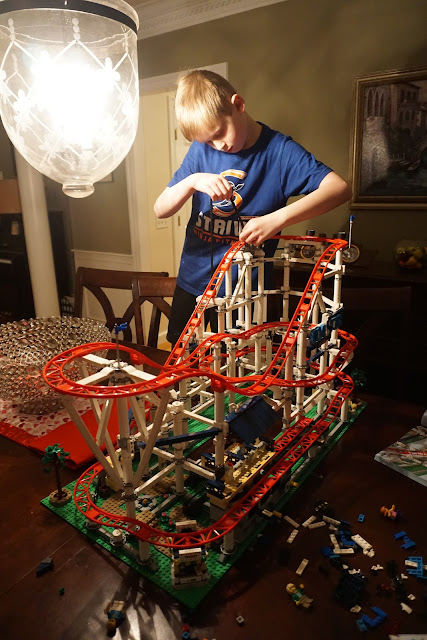 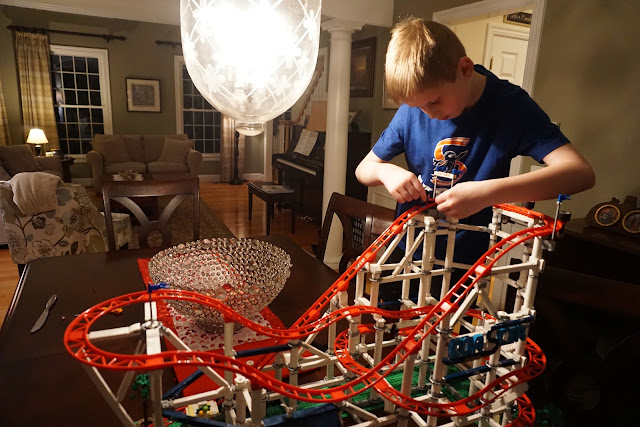 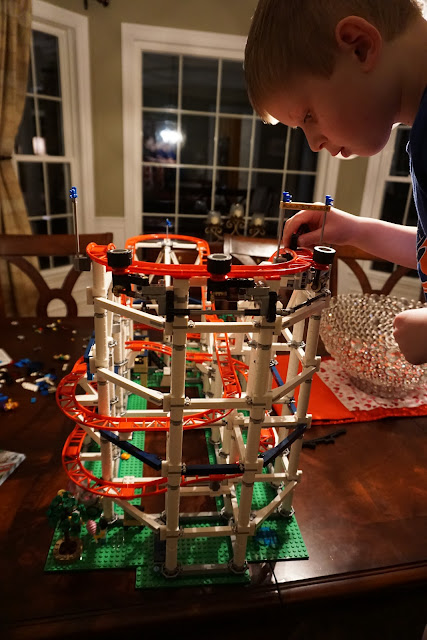 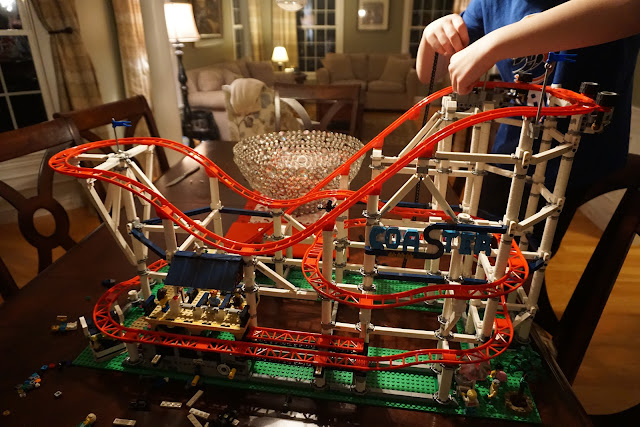 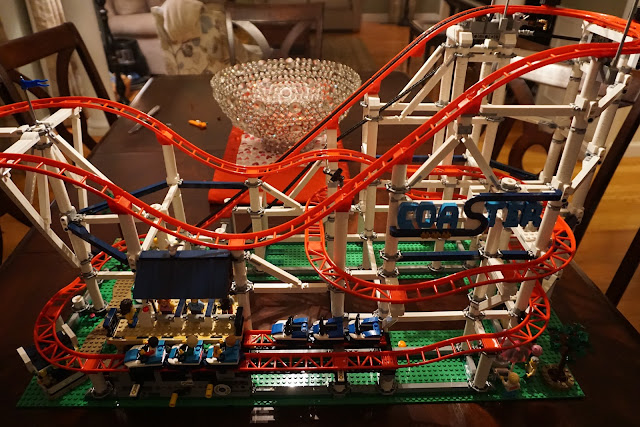 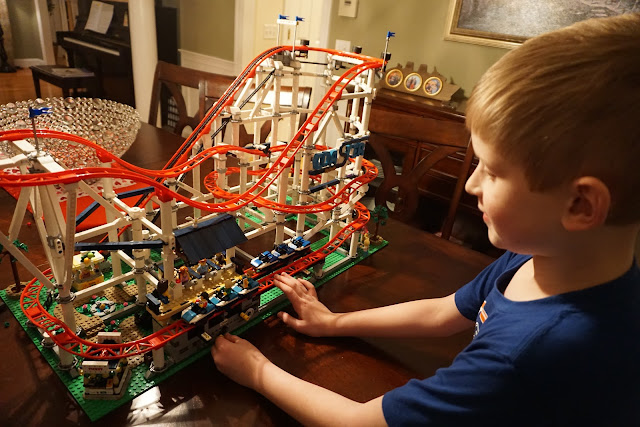 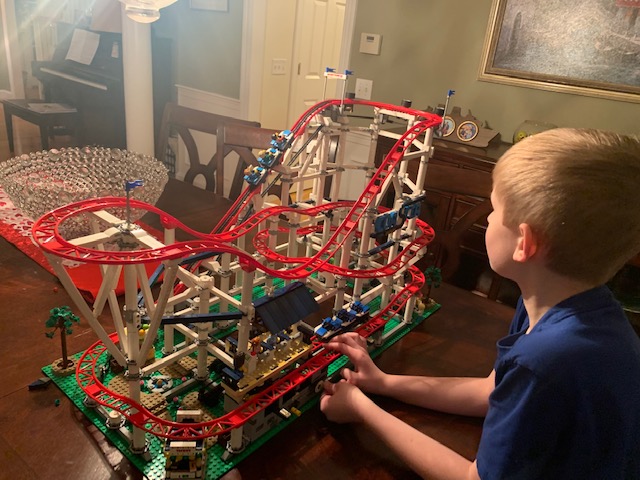 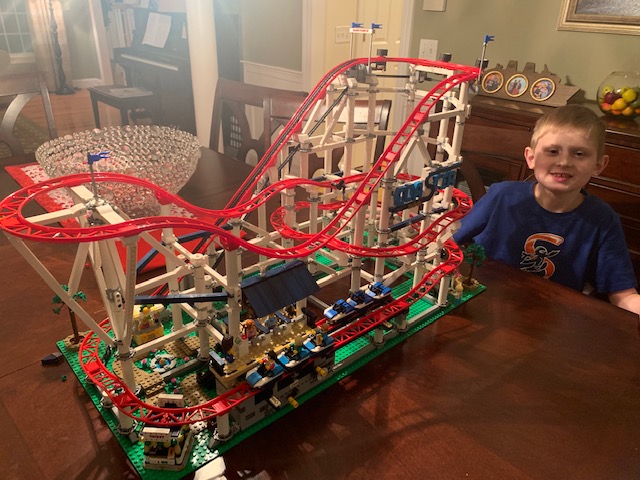 He asked me to "post it on Facebook, Mom." So I did with this picture and included a video of him showing how the coaster worked. It got a lot of likes. 😃 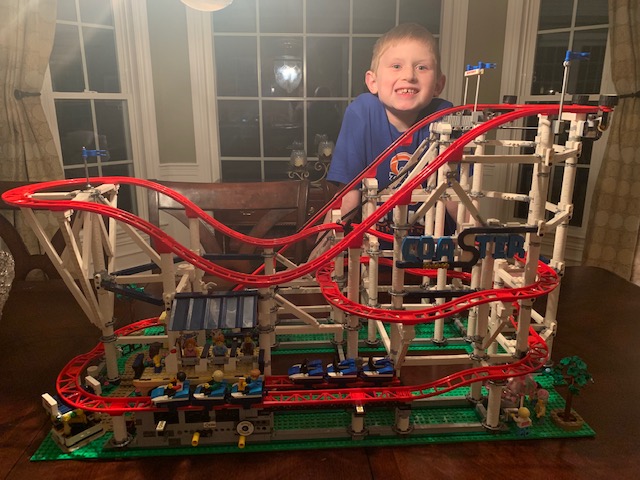 I'm pretty sure he has a very good chance of becoming an engineer who designs and builds roller coasters some day. It's something he's interested in doing. That and owning a ninja gym with John and being the manager of Cedar Point, his favorite amusement park in the U.S. Ambition!! 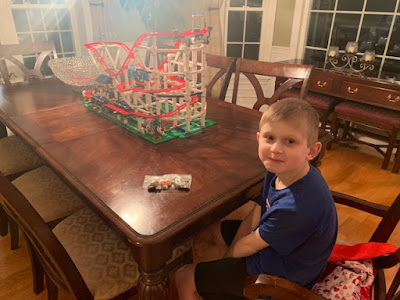 P.S. I ended up buying a display table just for the coaster. It currently has a place of honor in the basement rec room and is admired by all who see it and play (carefully!) with it. 😀🎢