John did a couple of Ninja Warrior competitions last October that were fun (and a little nerve-wracking!) for him.

I liked this motto that was up on the wall at one of the gyms. This is a good way to live life! 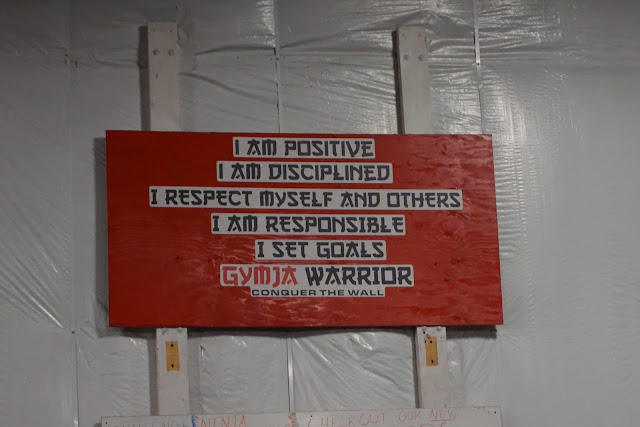 Sam had fun playing on a warped wall. 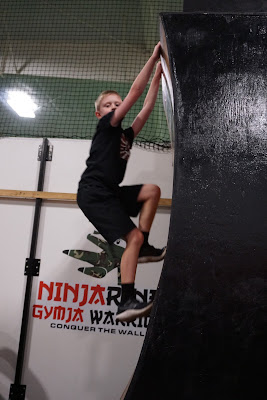 John had less fun trying to do this much bigger warped wall! 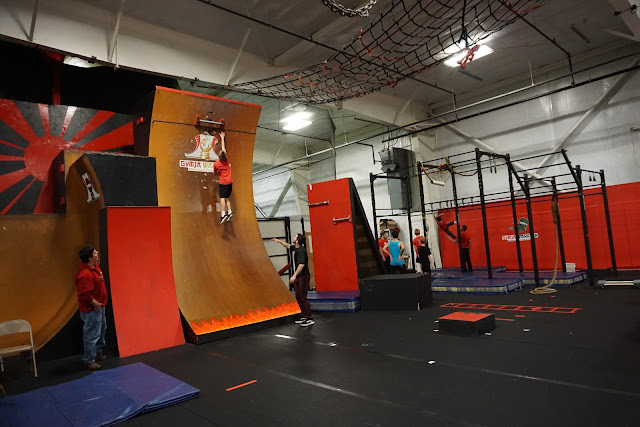 The pictures below are from a National Ninja League (NNL) competition that was held at T.A. Fitness, which is Dave Cavanaugh's gym. For those not in the know, Dave Cavanaugh is one of the stars of NBC's American Ninja Warrior because of how well he's done when he competes on the show. And one of the coaches at his gym, Lucas Reale, is also very good and is on the show too. In fact, tonight is the final episode of this season of ANW and Lucas has made it to one of the final stages. And I just ran into him the other weekend at the boys' gym! It's neat to see these people from TV in real life. You see that they're real people just like everyone else, they've just done some impressive things that have gotten them on national TV. Anyway, I digress! Back to the competition...

Listening to the rules before the competition began. John looks so young and vulnerable here. He's really grown a lot in the last year. 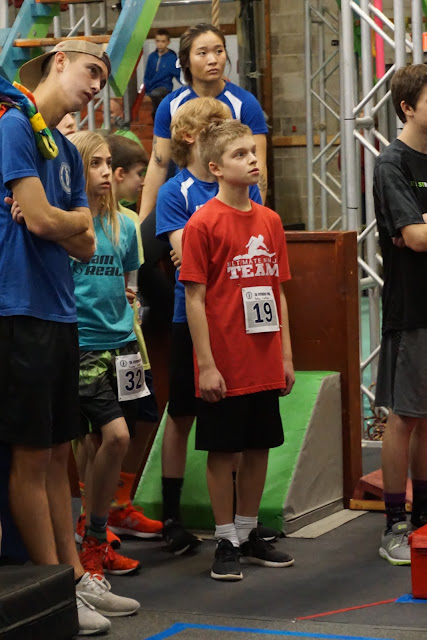 We had good seats up above that allowed us to look down at the competition course with a birds'-eye view. 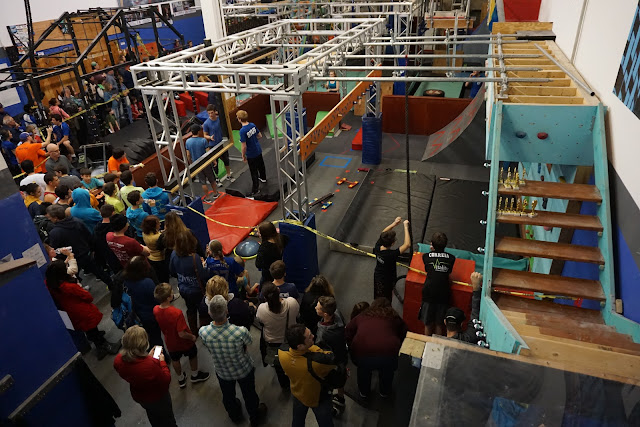 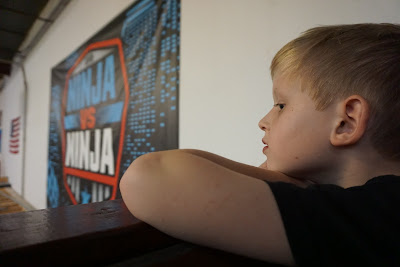 There's John right before he went. He was nervous! 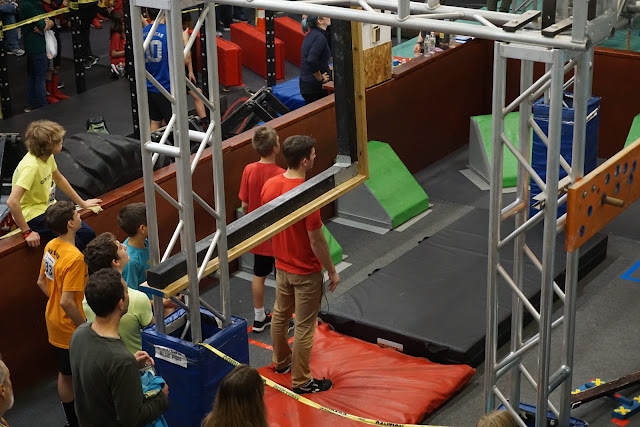 I took a few pictures during his run. Check out my awesome live-action photography skills. 😄 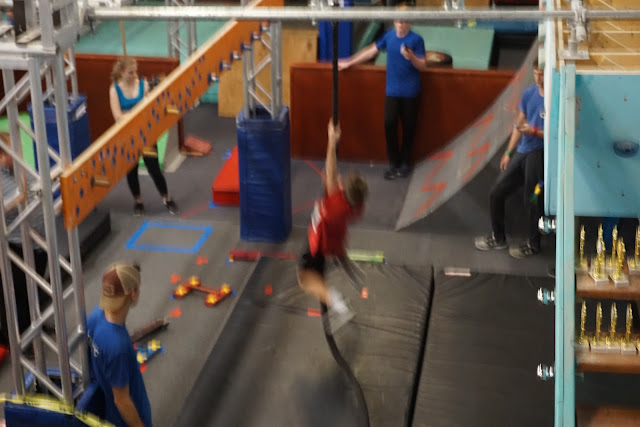 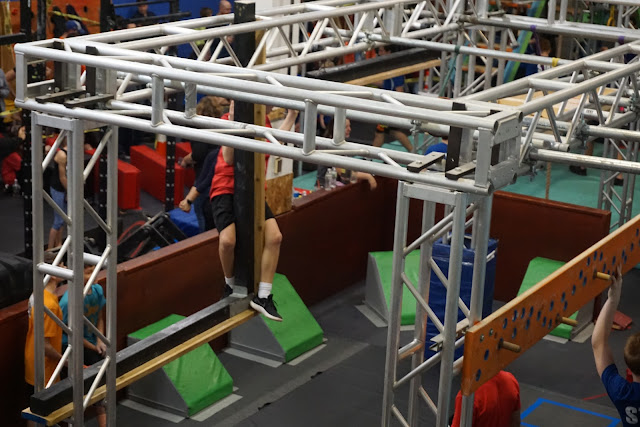 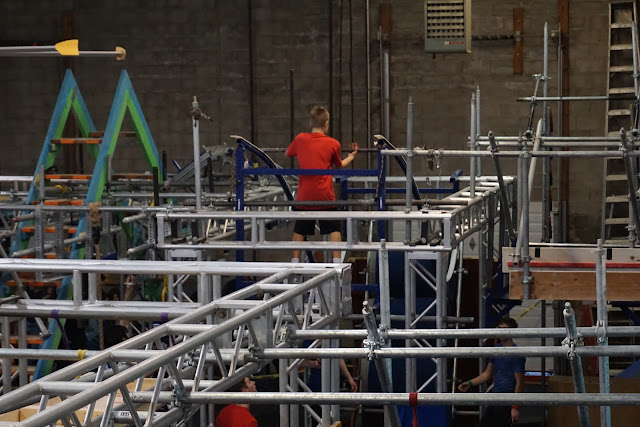 This could quite possibly happen someday! 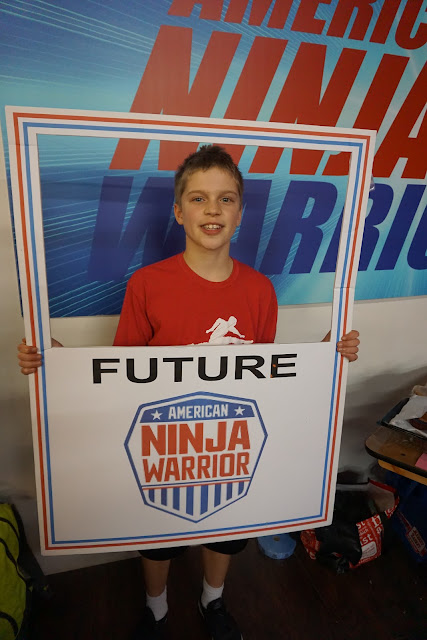 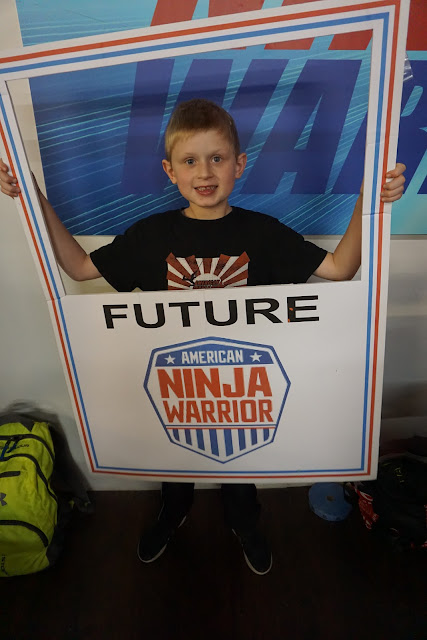