Sam had his first piano recital last year in April. He took piano lessons for the first time last year when he was in 2nd grade, and he picked it up quickly. He was especially motivated to learn and play popular songs like Star Wars and the Harry Potter theme and Ode to Joy. His teacher was so nice and accommodating and really helped fuel his love of learning the fun songs, which helped him to advance even faster. He played three songs at his recital (including two Star Wars ones) and he did great on all of them. 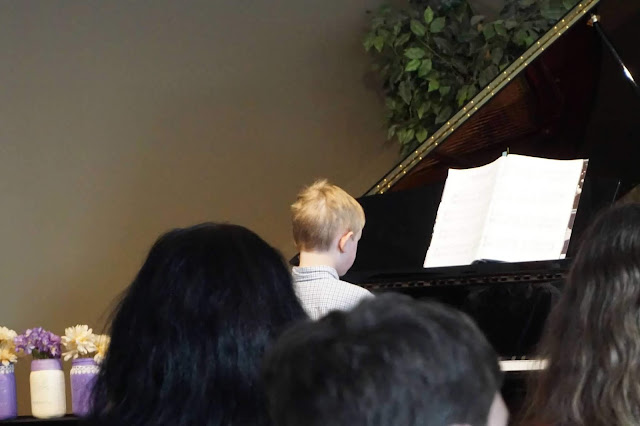 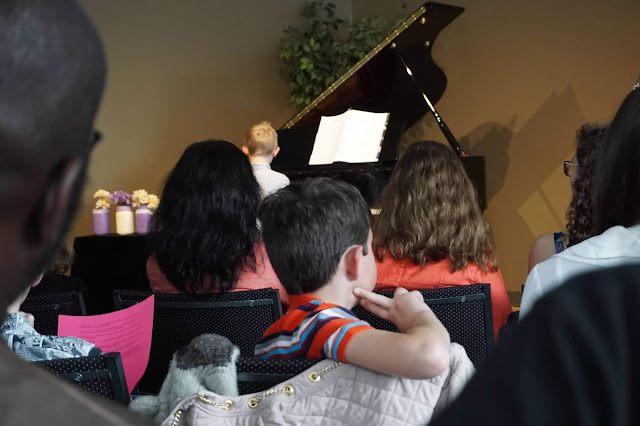 His teacher (in the black dress) with her students (including the blond woman standing behind Sam--that lady is an inspiration! She wanted to learn piano as an adult so she takes lessons and plays in recitals with kids and teenagers. I think of her when I think about taking violin lessons.) 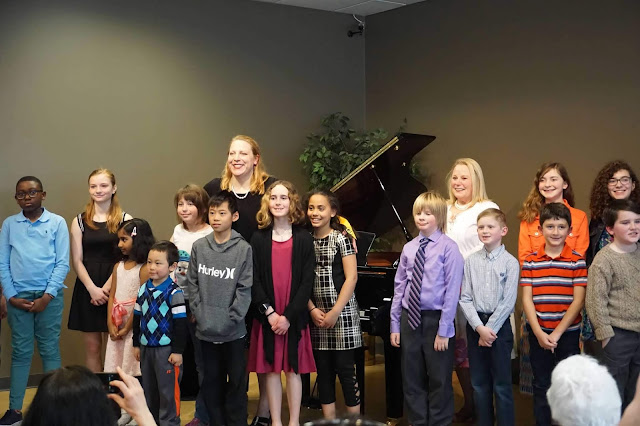 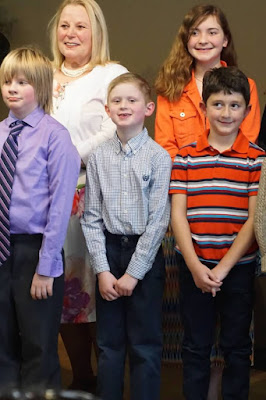 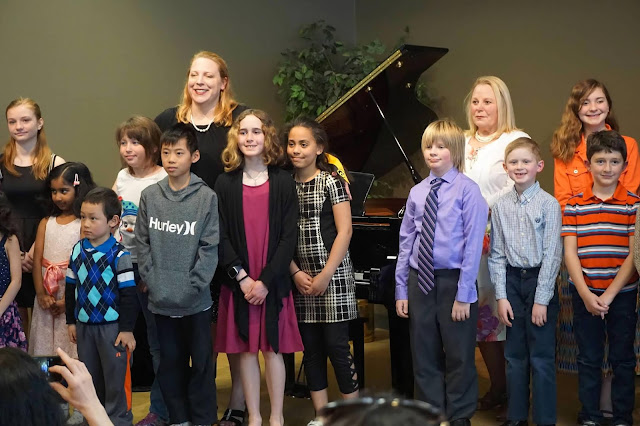 After the recital, Sam got to pick where we ate dinner and he chose one of our favorites, HuHot. Then we went to the mall and he rode one of these funny animal things around while Peter and John got quick massages at the drop-in Asian massage place. 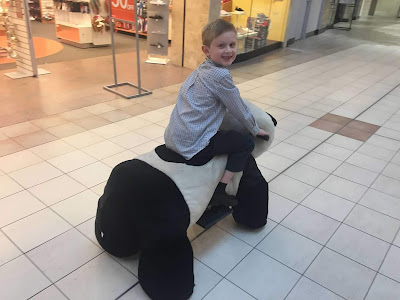 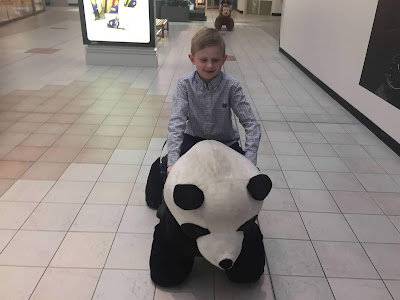 Then we went to Hancher to see a fun show called "Circa: Carnival of the Animals." It was cute and entertaining. 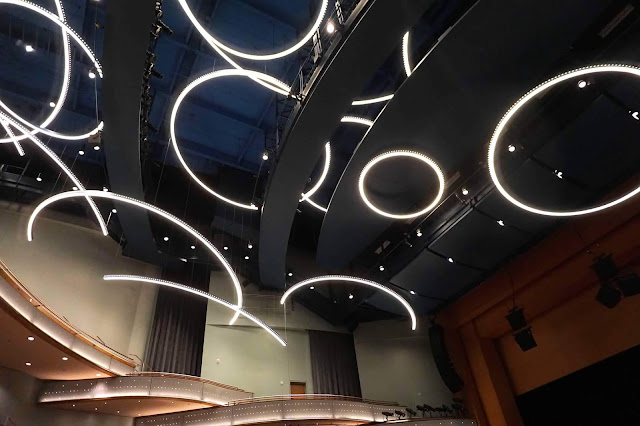 I miss Hancher! It made seeing plays and musicals and musicians so easy because it was a quick ten-minute drive from our house. World-class entertainment only ten minutes away in a brand-new state-of-the-art auditorium! Here in Massachusetts we have to go to Boston or Worcester to see those kinds of shows and deal with city traffic and parking and all that. So in some ways the arts were much more accessible in Iowa City than they are here in the suburbs of Boston. Ironic! 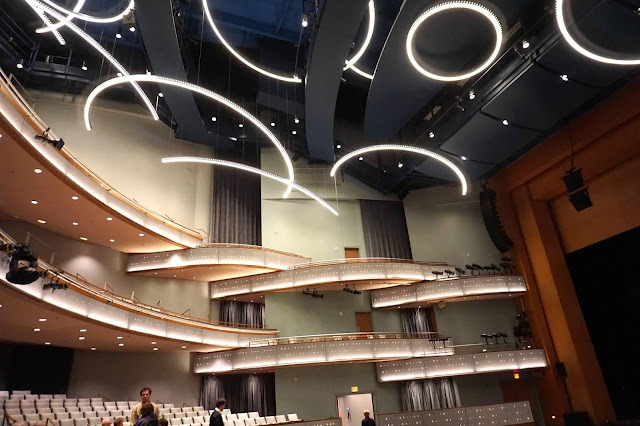 We got there early. 😆 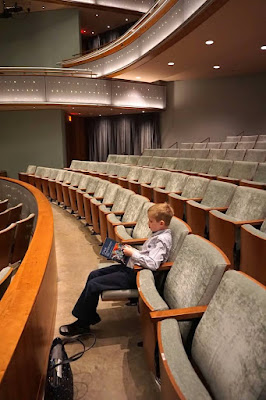 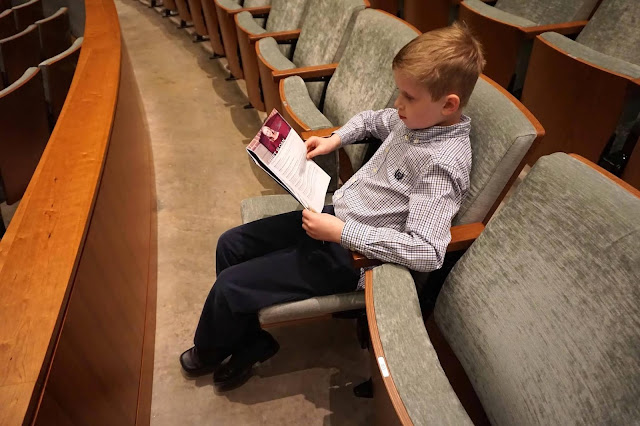 I love this kid! It was a great evening out together as a family (even though it looks like it was only me and Sam, I promise that the other parent and child members of our family were there too!).
Posted by Donna at 10:25 AM