Last fall I finally did something for the house that I'd been wanting to do almost since we moved in seven years before--I picked out and got beautiful new garage doors installed. This may not seem particularly significant, but it is when you have the type of house where your garage doors are very prominent, like ours was. I never liked the outside appearance of the front of our house due in large part to that. But I liked it better once the new barn-door style doors were on!
Unfortunately I ended up only being able to enjoy them for less than eight months. But I think they may have helped our house sell faster, what with increased curb appeal and all.
This was definitely something I should have done years earlier!

BEFORE
The old plain-jane garage doors: 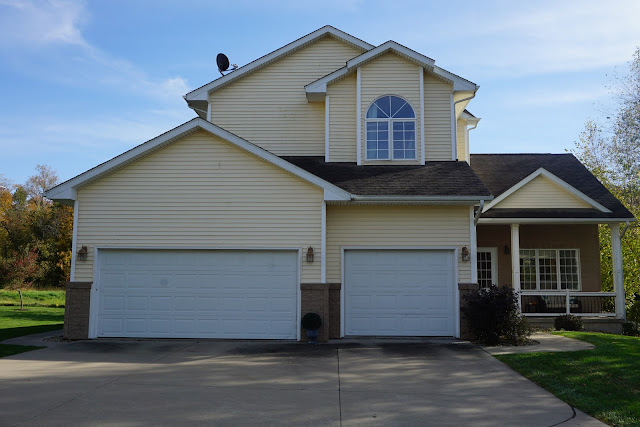 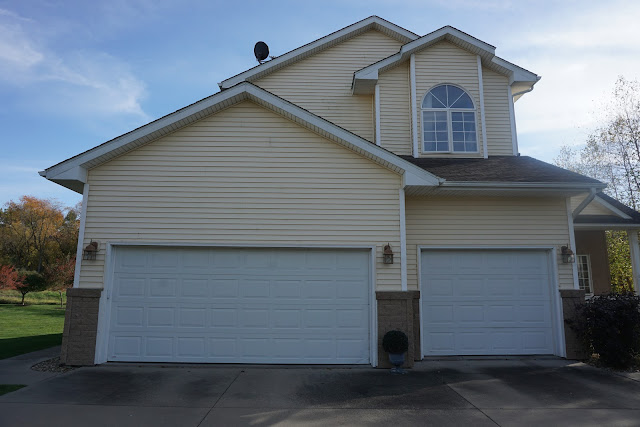 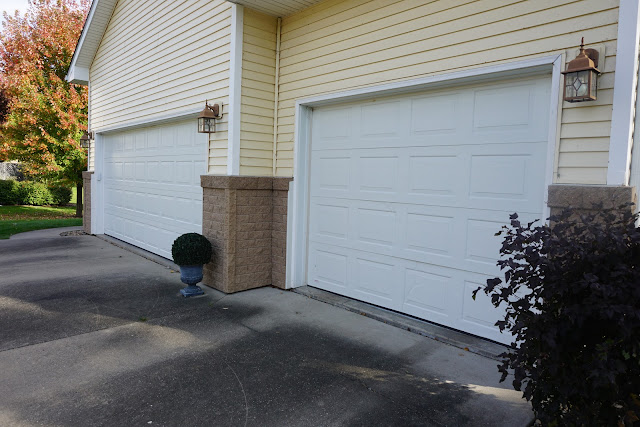 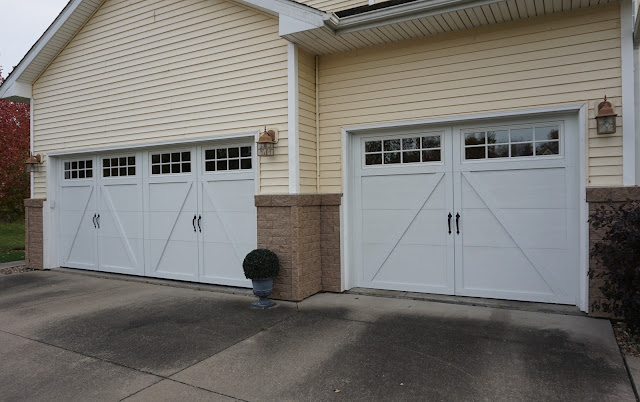 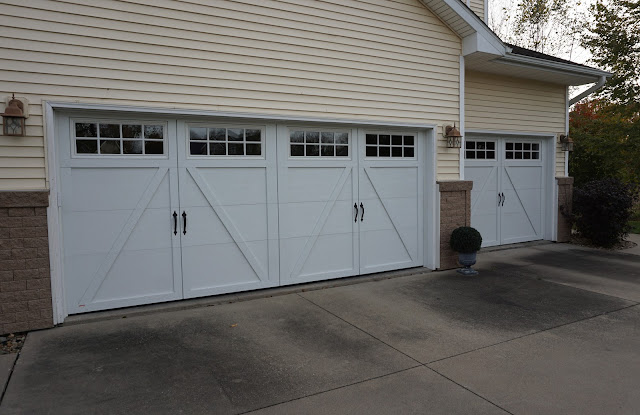 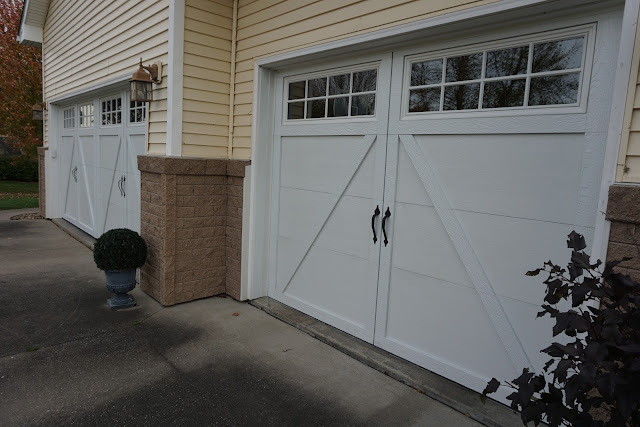 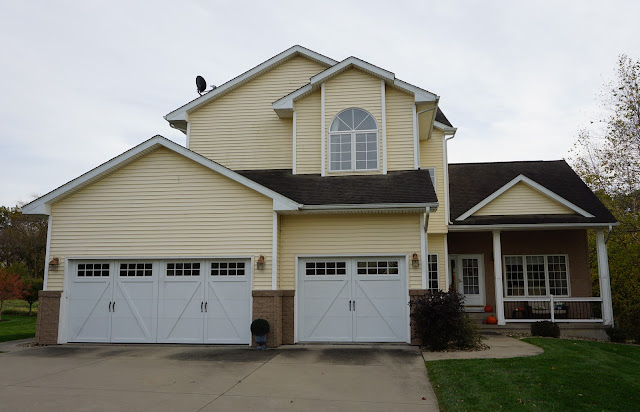 I think they turned out really nice and gave the whole house a more upscale look. I hope the new owners of the house are enjoying the fruits of my good taste. :-)