1. We got new custom-made garage doors installed this week. I love them! I've been wanting to get this done for years. I picked out the doors and features myself, got price quotes, and pretty much did everything except for the installation. Our house has prominent garage doors, so the new ones make a nice difference. Expect to see pictures sometime this winter or spring, at the rate I go. Ha ha!

2. Peter and I went to a Joshua Bell concert last Friday night. If you don't know who he is, he's a famous (and handsome) violinist who plays on a 300-year-old Stradivarius violin with a French bow from the 1700s. This blows my mind. That violin has been in existence for so many significant things that have happened in history--major events that have changed the world. It's been there making music the whole time. It was really cool to hear and see beautiful music performed on an instrument like that, one that is older than our country! It was a wonderful concert. The very accomplished pianist who accompanied has inspired me to buy a new book of sonatinas and play piano more and learn some new pieces. And Joshua Bell really made me wish more than ever that I'd stayed with violin instead of only doing it for a year in 7th grade.

3. I've been following the news closely from various sources and I have an ominous feeling about North Korea, like something bad is going to go down with them in the not-too-distant future. As long as that something isn't nuclear in nature, we should be okay (right!?). Sam is fascinated by Kim Jong Un, that bad guys like him really do exist. I'm disgusted by him, and a little scared too. He and Trump together are not a good mix. Keep up with the diplomacy work, Secretary Tillerson!

4. I still haven't been to the new Trader Joe's. The parking lot is usually packed when I drive by. {Chill people, it's just a grocery store!} Nevertheless, it is calling to me.

5. I'm looking forward to some things that I'm planning on watching this weekend. First up is the movie Pride and Prejudice and Zombies--(are you laughing at me?)--which I've heard good things about and which stars Lily James, the lovely actress who played Lady Rose in Downton Abbey and Cinderella in the Disney live-action movie. I recently read the P & P & Zombies book and it was pretty funny and well-done, so I expect that the movie will be too. I love a good parody! 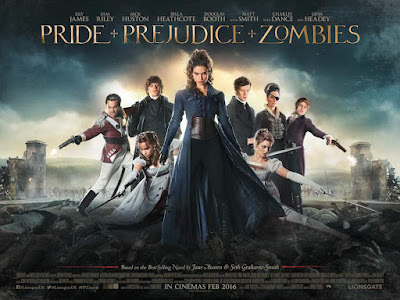 The other thing I'm looking forward to watching (or at least to starting to watch) is the second season of Stranger Things, which starts today on Netflix. This is the first and so far only show I've watched on Netflix. My mom and I watched it this summer when I was on the Cape. It's a weird show and it has some stuff in it that I don't like, but other than that I enjoy the mystery. It's good. Not as good as Poldark, but good. And strange. 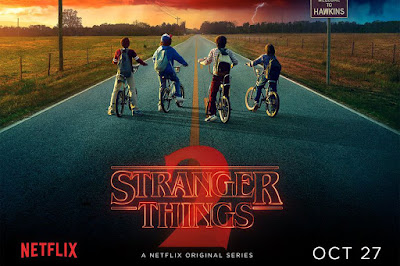