The Supermoon and Lessons in Photography

I was excited about the supermoon eclipse on September 27th! I had it written down on my calendar and I planned our evening around it. I've always been interested in space, and I think celestial events like eclipses and meteor showers are really cool to watch. 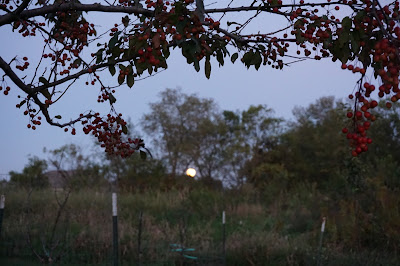 In addition to watching the eclipse, I photographed it as well, but that latter part didn't go so well. In keeping with my previously stated interest in space, I took a "Stargazing 101" class last spring, and I think my next class choice should be "Photography 101." Specifically, how to use your camera properly and how to take pictures at night.
And get yourself a tripod already, Donna!

Hopefully you saw and enjoyed the real eclipse that night, because your enjoyment of my not-super photos of the supermoon won't be nearly as thrilling! I used my Sony DSLR camera, which is a nice camera, but I didn't even have it on the Night setting for most of the time! Duh.
So there were blurry photos: 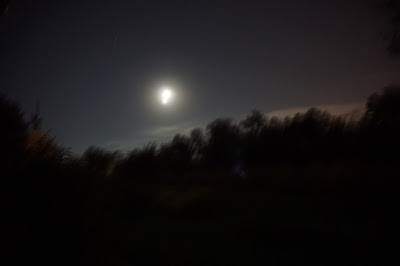 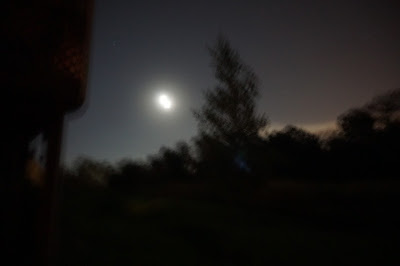 And there were photos where I accidentally moved the tiniest bit and it created these streaks, which are actually kind of neat and make it look like some crazy thing is happening in the sky instead of a rare eclipse.
(This is where the need for a tripod comes in.) 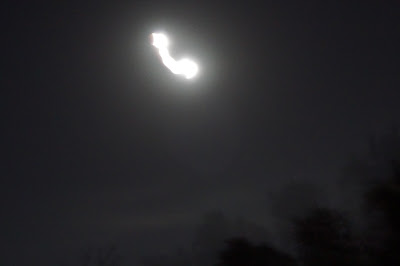 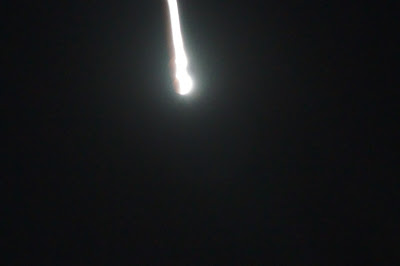 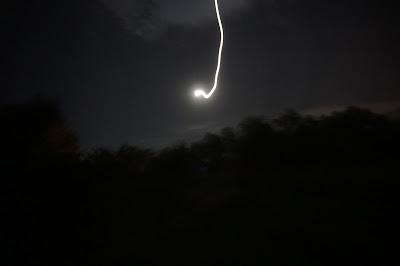 I had some fun with it once I realized how crappy my pictures were turning out.
I got a loop de loop in this streak! 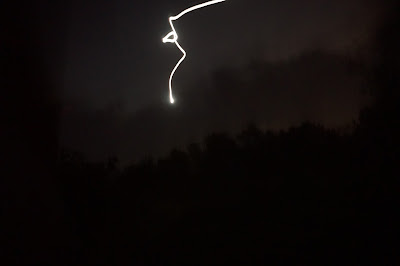 Then the actual eclipse really started happening, and Peter asked if the camera was on the Night setting.
Oops. Why didn't I think of that? (Seriously, why didn't I? Sometimes my mind completely fails me.)
So the pictures got a little better once I changed the camera's setting from Intelligent Auto (which wasn't "intelligent" enough to capture the night sky, much less an eclipse) to Night. 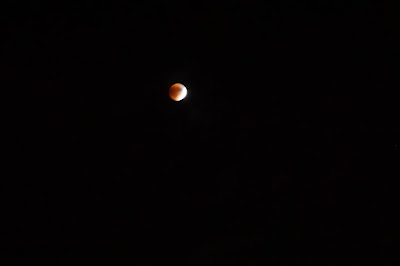 This was probably the best one of the night, so it gets to be a big picture. 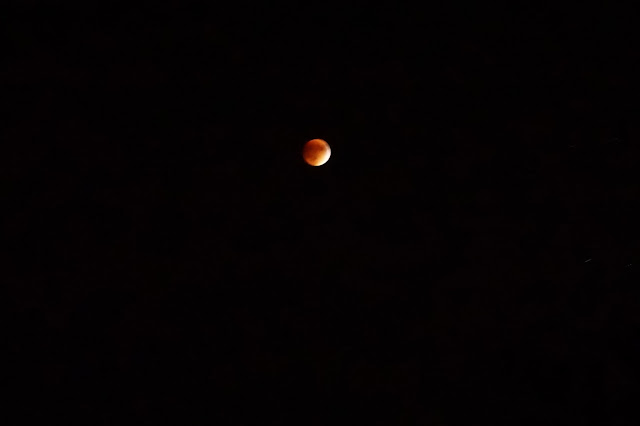 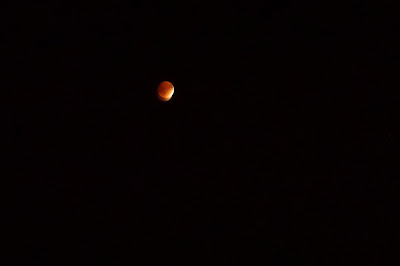 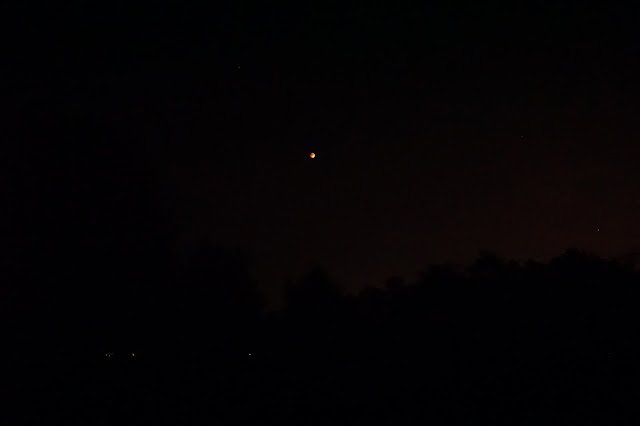 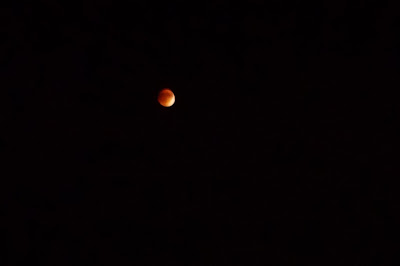 I took a few pictures with my iPhone to see how they'd come out:
They were pretty blurry but they came out better than I thought they would.
This one was the best of that bunch (it's still not that good though): 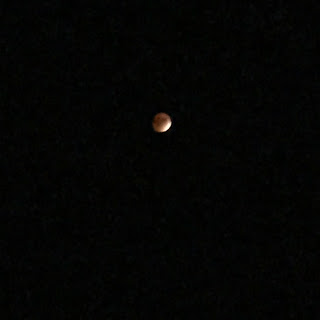 And that concludes my account of watching and photographing the very rare supermoon eclipse.
I'm optimistic that my photos will turn out a lot better for the next one in 2033. I've got 18 years to prepare!