For Sam's 6th birthday in September, I didn't want to do a party because he was just starting kindergarten with a new group of kids. Instead, we let Sam choose something fun to do on the Saturday before his birthday, and he decided he wanted to go to Adventureland, an amusement park outside of Des Moines that's less than two hours away. We'd never been to Adventureland before and though it was no Busch Gardens or Universal Studios, it was very fun and we'd definitely like to go back again.

The boys' shared best friend, Abe, came with us too. 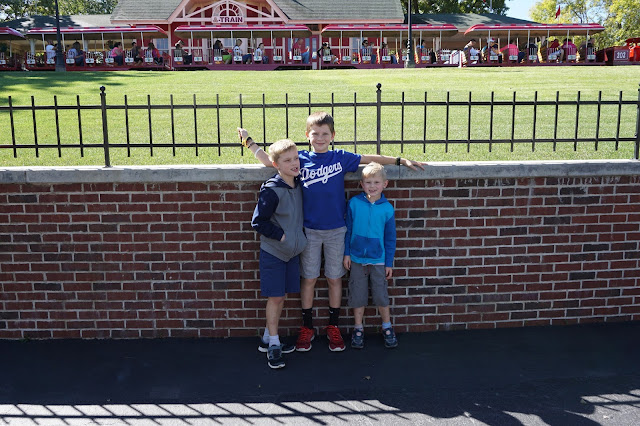 We went on the Ferris Wheel first.
I like Ferris Wheels but I always feel a mild sense of panic when I go on them. It was compounded this time by riding it with two scheming 5th-grade boys who kept discussing things like "What would happen if you climbed out onto one of these bars?" and "Do you think I'd land on my feet if I jumped onto that roof?" Aaagh! Get me off of this thing. 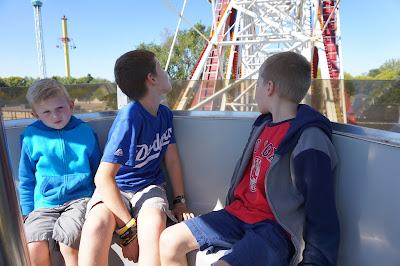 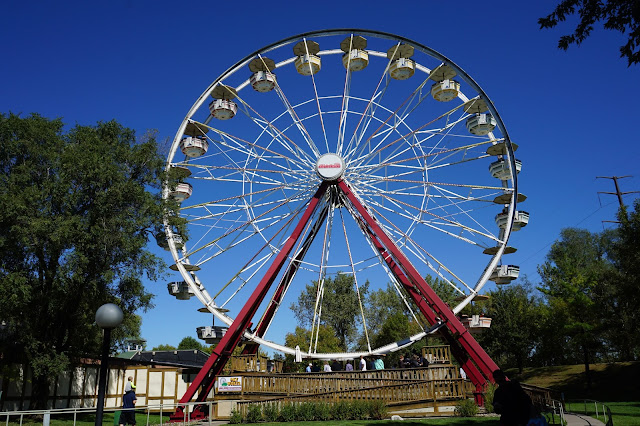 We went on a lot of fun rides. 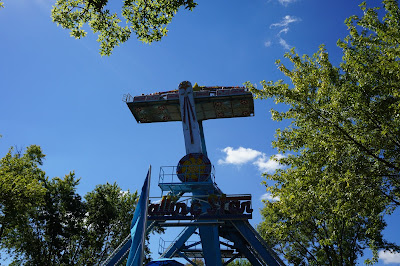 We ate lunch and watched a good magic show at Sam's Saloon. How appropriate! 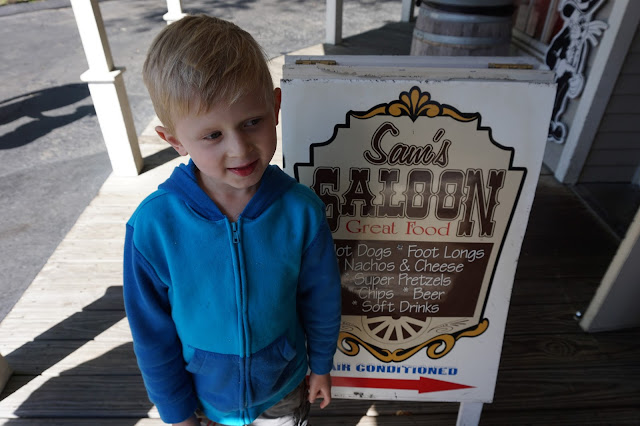 Sam had to have his picture taken with this ride's sign because of the snake.
This boy and snakes! He's obsessed. 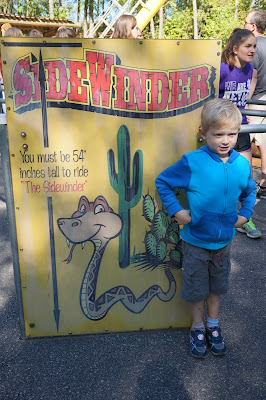 We watched a cool juggler who walked across a sword with the blade up(!!). Apparently he's one of the only people in the country who can do this. It gave me the heebie-jeebies but it was cool to watch.

One of the highlights of the day, at least for Sam, was an animal show which featured a giant python! 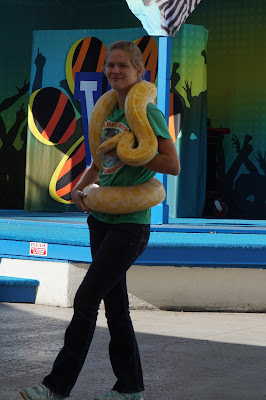 It was actually still a baby--less than a year old. They get much bigger than this. 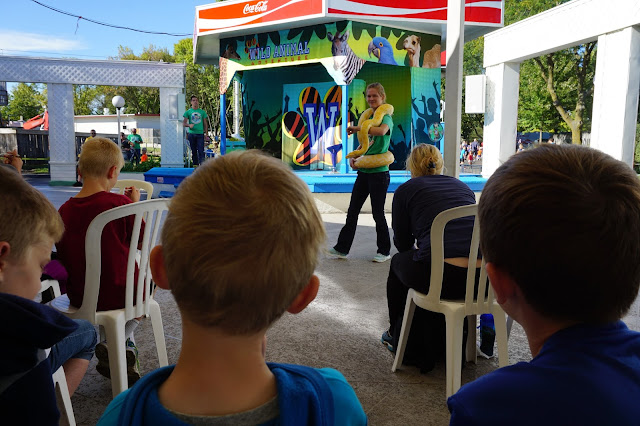 Among other animals, also featured in the show were the world's largest rodent... 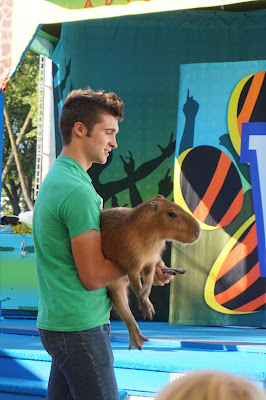 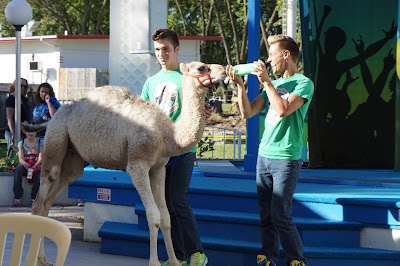 They got to have their picture taken with the python! 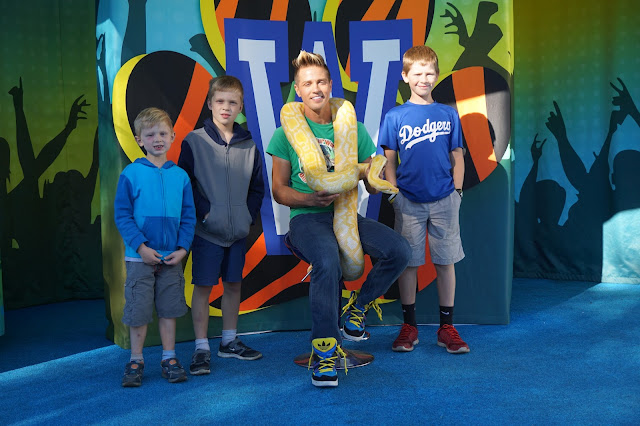 At the end of the day we stopped at Adventureland's toy shop, where they had a great selection of toy snakes. I let Sam get one, and he chose the biggest one they had--the giant anaconda. He was beyond thrilled! 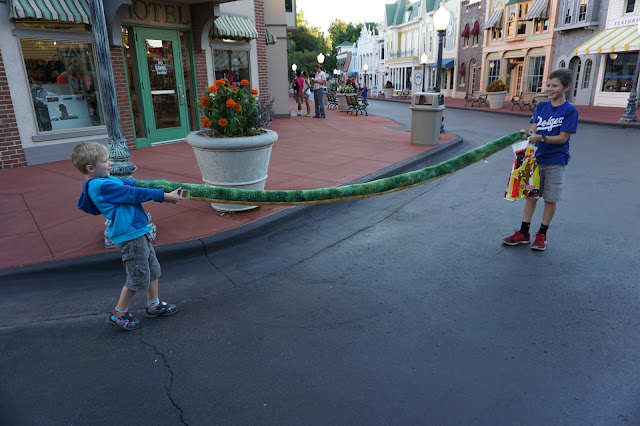 Other than the unjust tragedy of Sam getting stung on the cheek by a bee (so sad!), it was a very fun day at Adventureland!