A Zipline of Their Own

This fall John got the idea of building his own zipline in the backyard, so I let him, Sam, and Abe try to do it one day after school. I was impressed with their efforts, even though it didn't work!

They strung up the hose between two trees.
Slightly problematic was the troubling fact that there wasn't much of an angle on which to slide down. 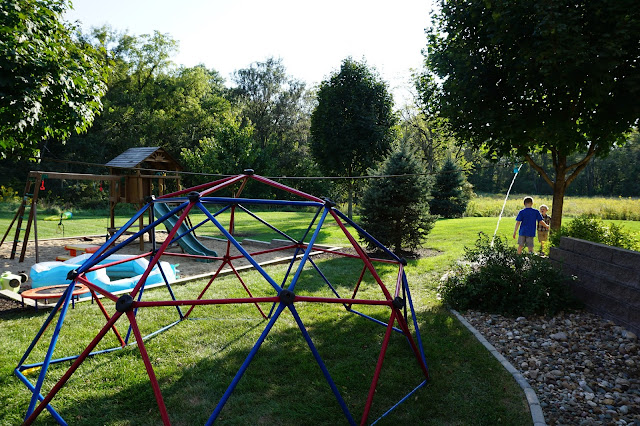 Abe sat on one end of the hose to keep it secure, and John adjusted the height and angle of the hose on his end from the launch point in the tree. 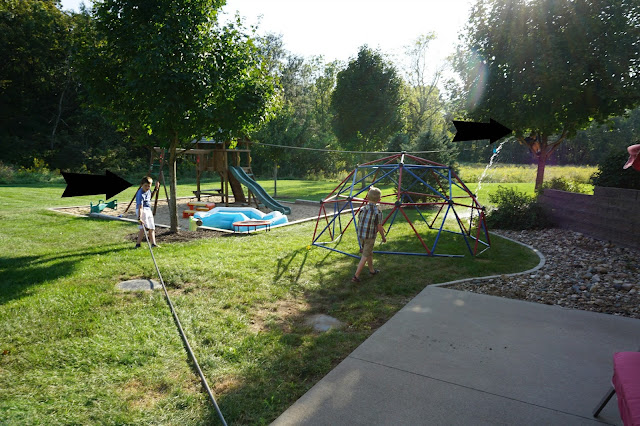 They turned the water on to make the hose/zipline wet and slippery.
The handle from which the hoped-for ziplining would take place was a little plastic blue shovel. 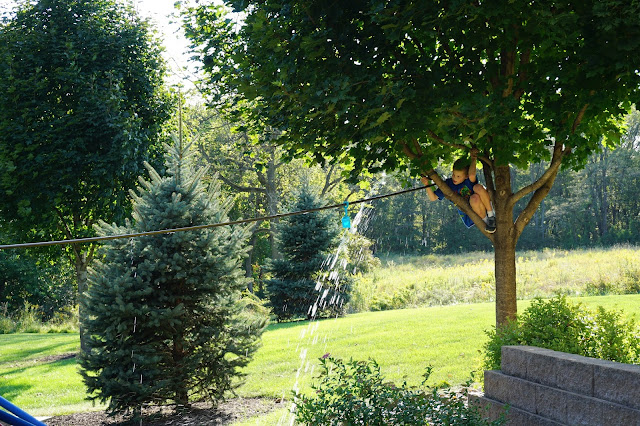 The shovel kept sliding away, so good job on the angling, John! 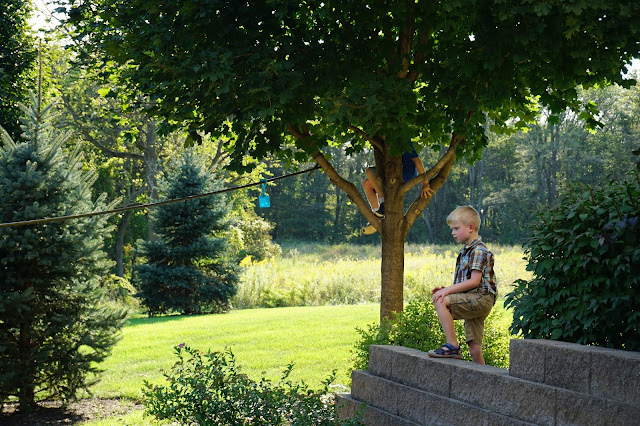 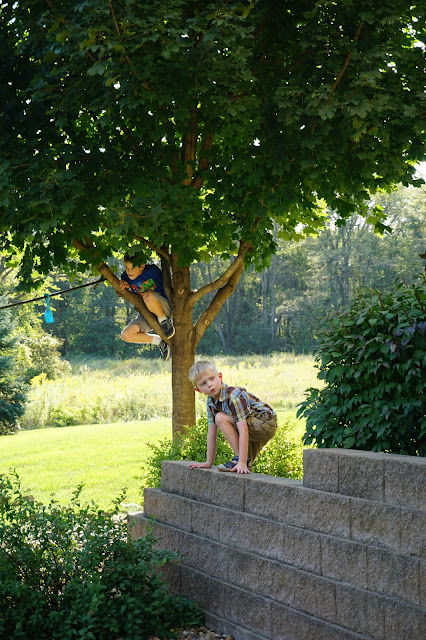 Surprising as it may be, it didn't work. John tried ziplining down and didn't go anywhere. Plus that little shovel was hard to hold onto!
But they had fun trying to make it work, and I admired their creativity and hard work.

Once they gave up on the zipline, they went back to the basics and played in the sandbox. 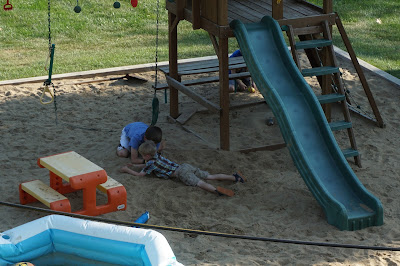 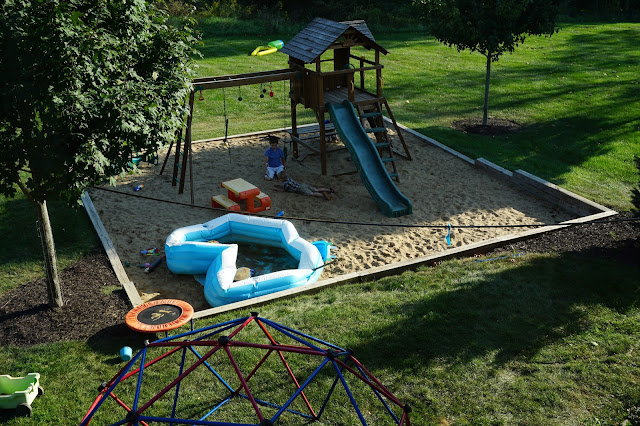 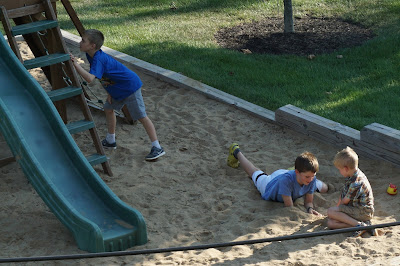 It was a fun afternoon!