This Little Bird Wants In To The House!

Back in June there was a very funny day when a little yellow bird tried to get into the house all. day. long!
All throughout the day I kept hearing it tap against the same window in the living room as it attempted to fly in. I don't know if it thought the glass would eventually disappear or crack, but whatever the case, it cracked me up. Unfortunately for the bird that's the only cracking that happened. This has happened before with the same type of bird (or who knows, maybe it's the exact same bird?). Speaking of the type of bird, it's a Goldfinch, which happens to be the state bird of Iowa. I don't know if it has the highest amount of intelligence, but it sure is endearing and cute.

There's our little wannabe intruder, perched on the branch outside of the window, center of the picture.
I'm going to name it Goldie and make it a female so that it's easier to refer to for the rest of this post, replacing the dehumanizing (debirding?) reference "it" and the potentially insulting (to the bird) "he/she, his/her." 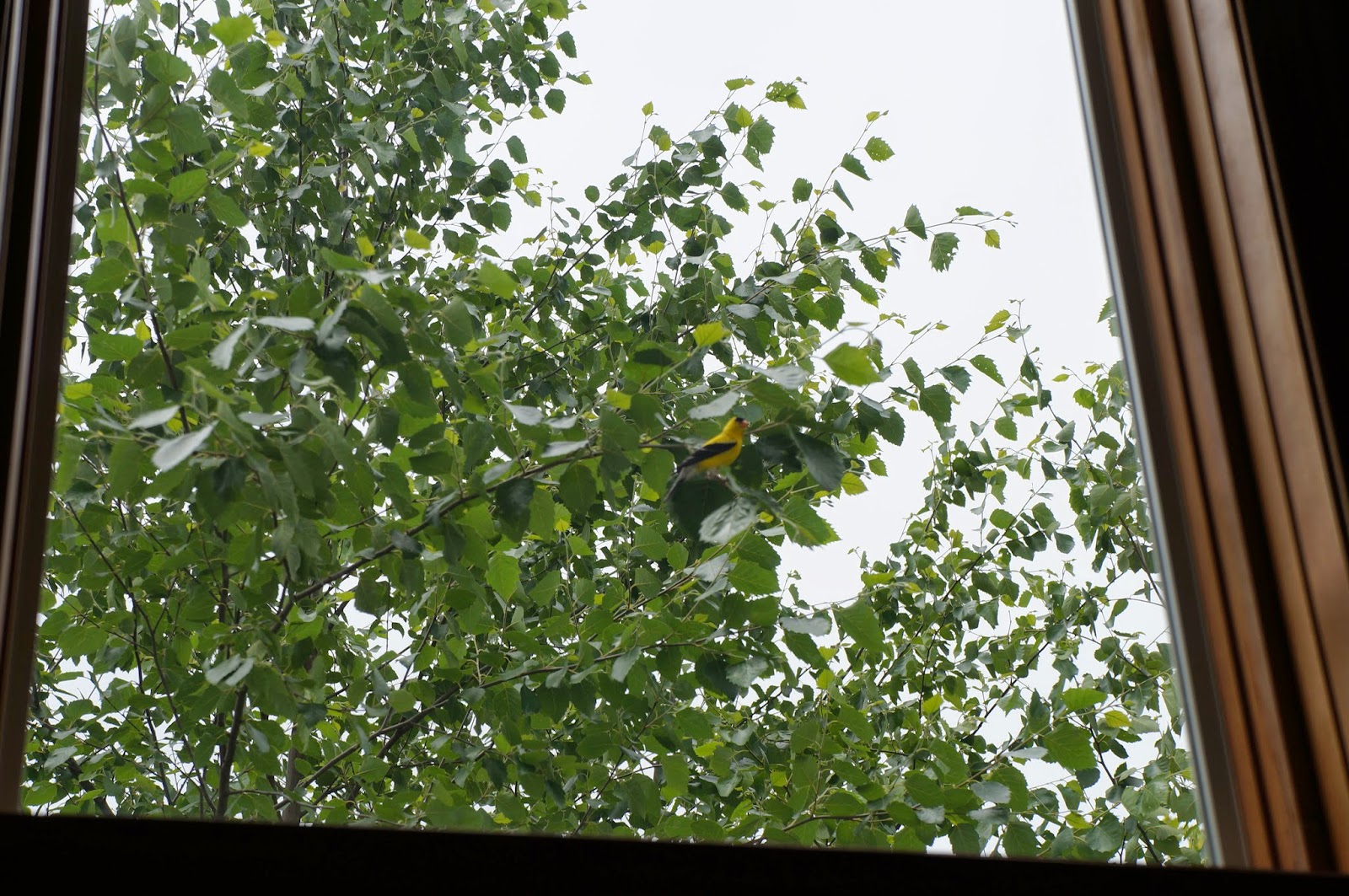 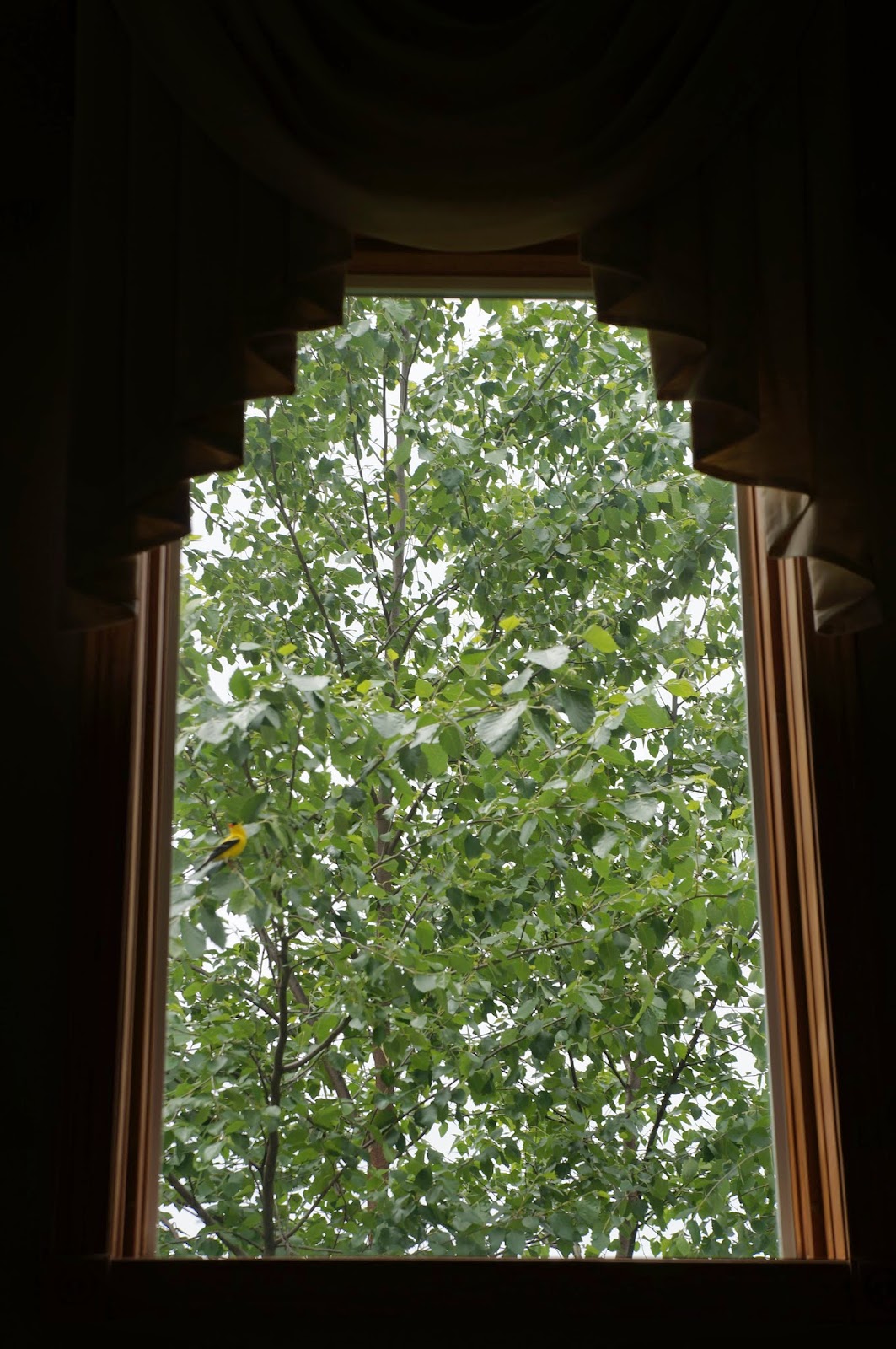 Goldie really seemed to believe strongly in the classic saying, "If at first you don't succeed, try, try again."
Unfortunately no amount of trying was going to lead to success.
I took these pictures throughout the day of Goldie's numerous attempts to fly in. 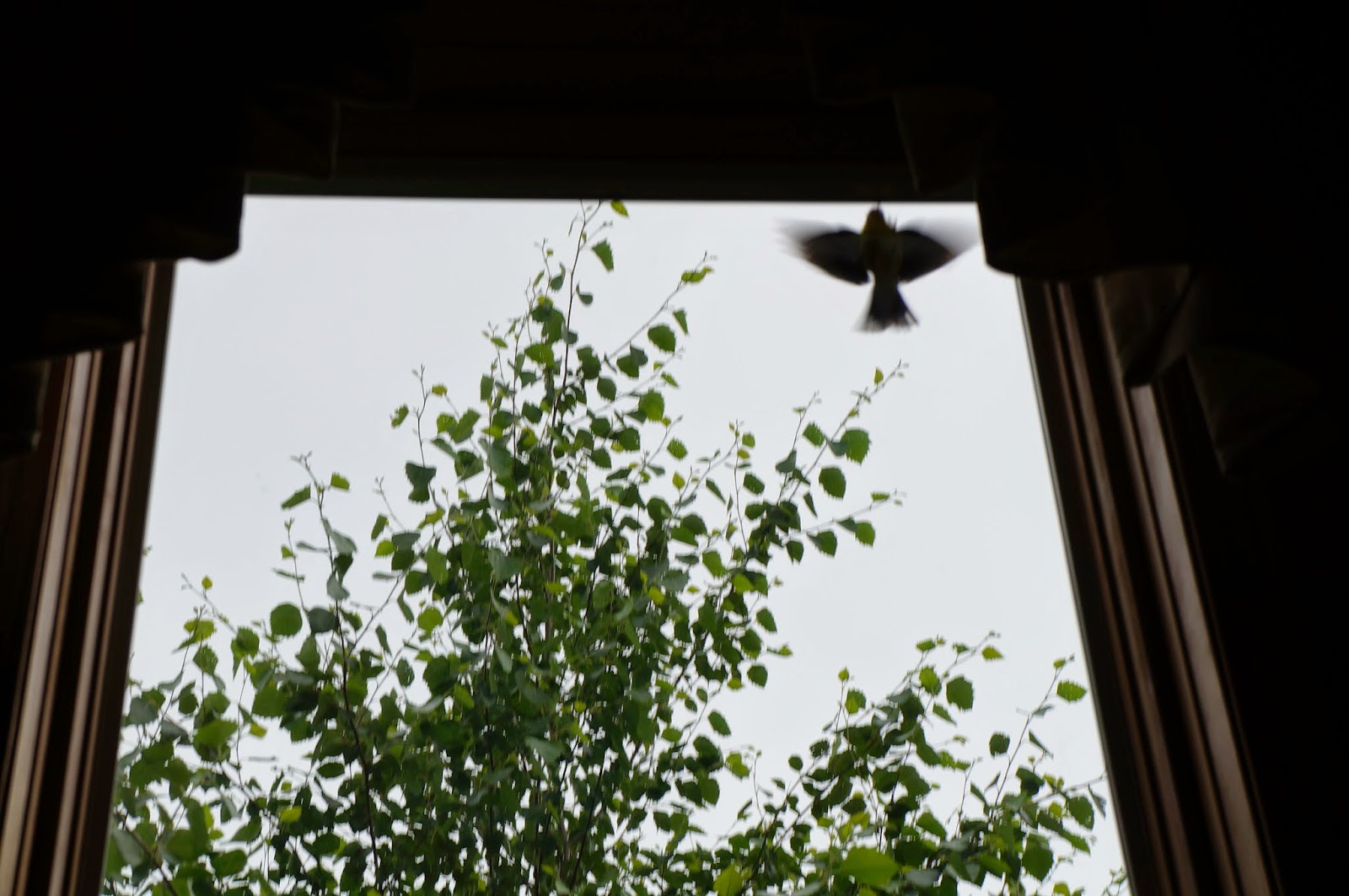 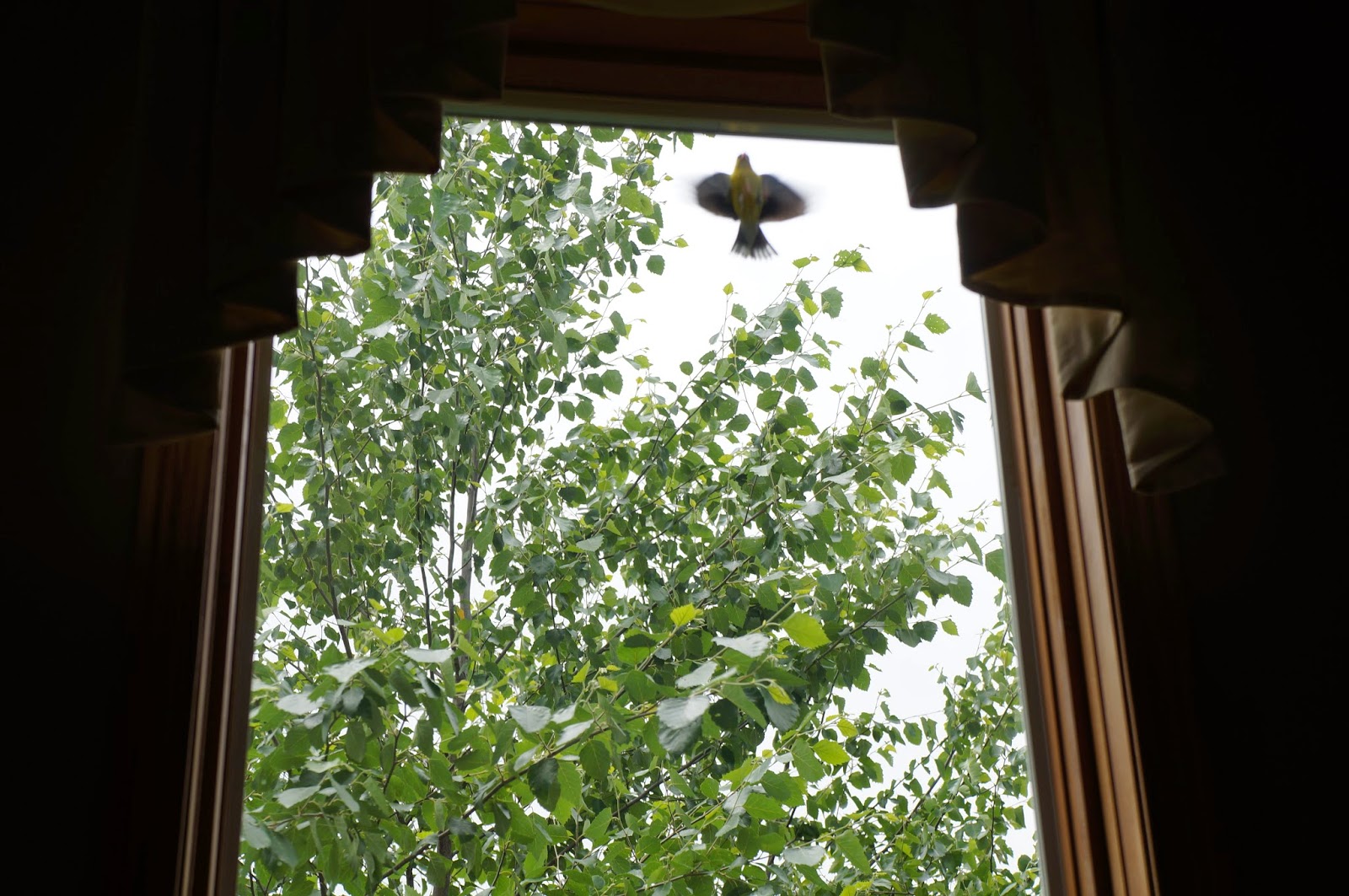 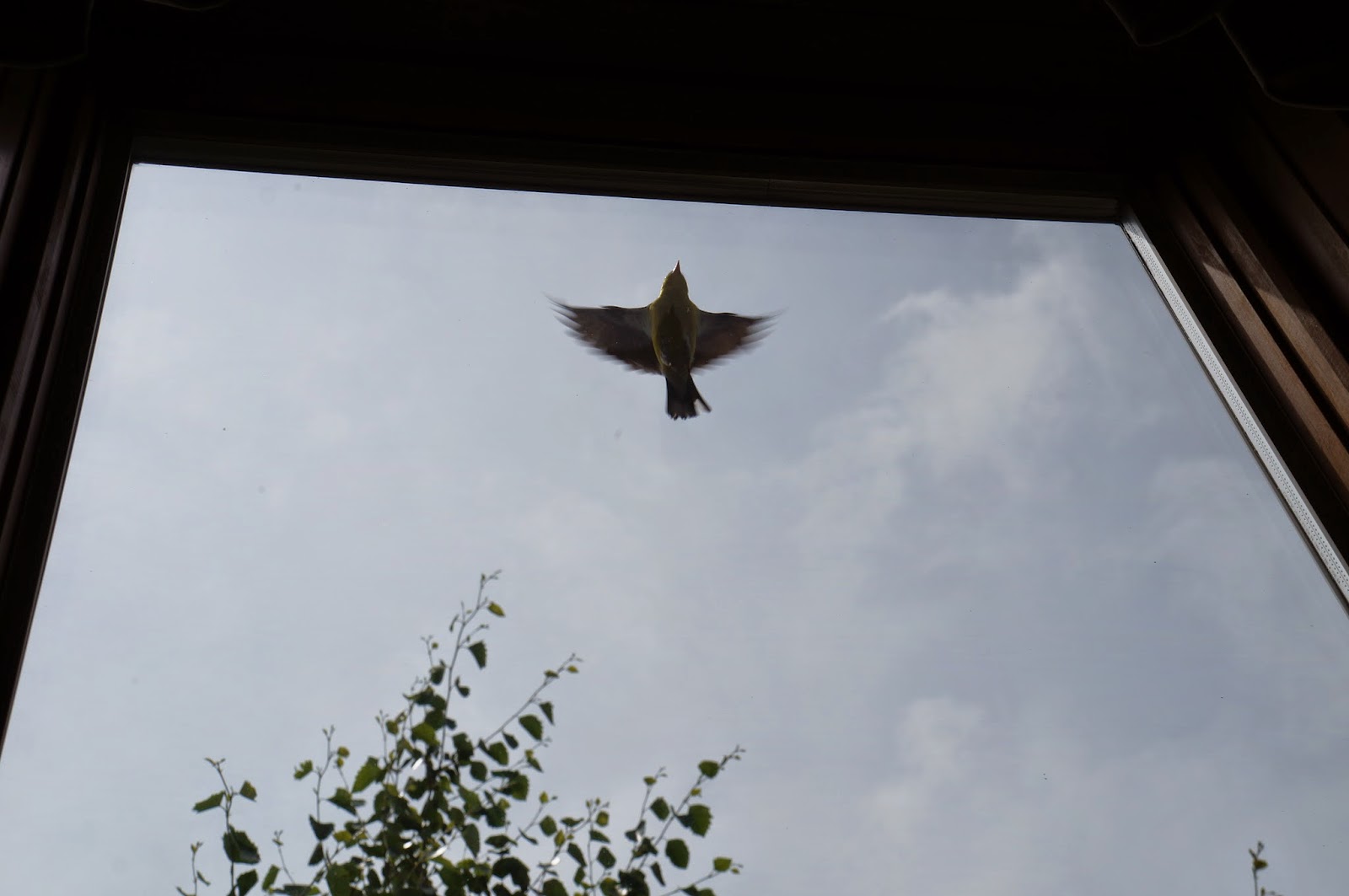 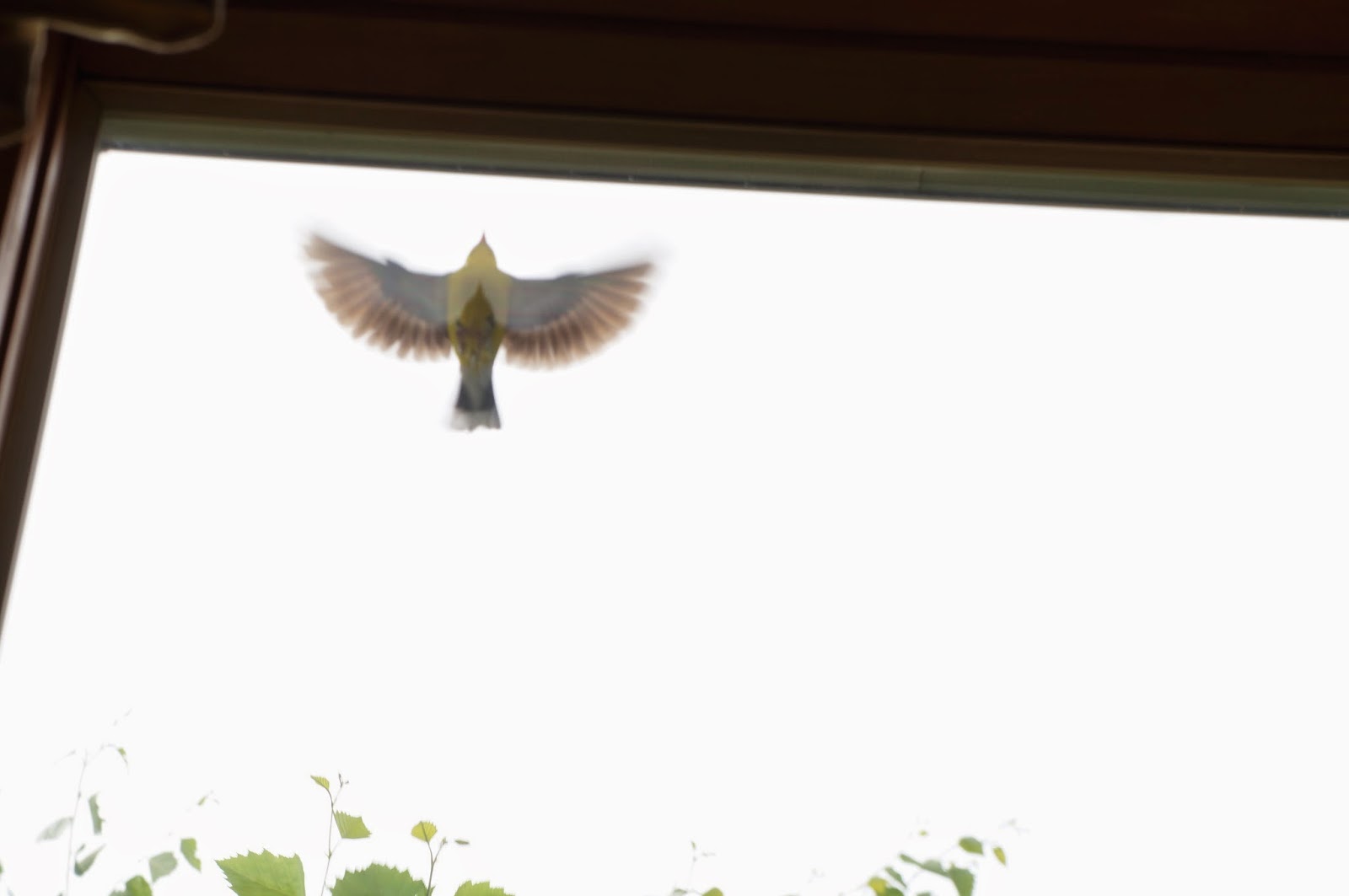 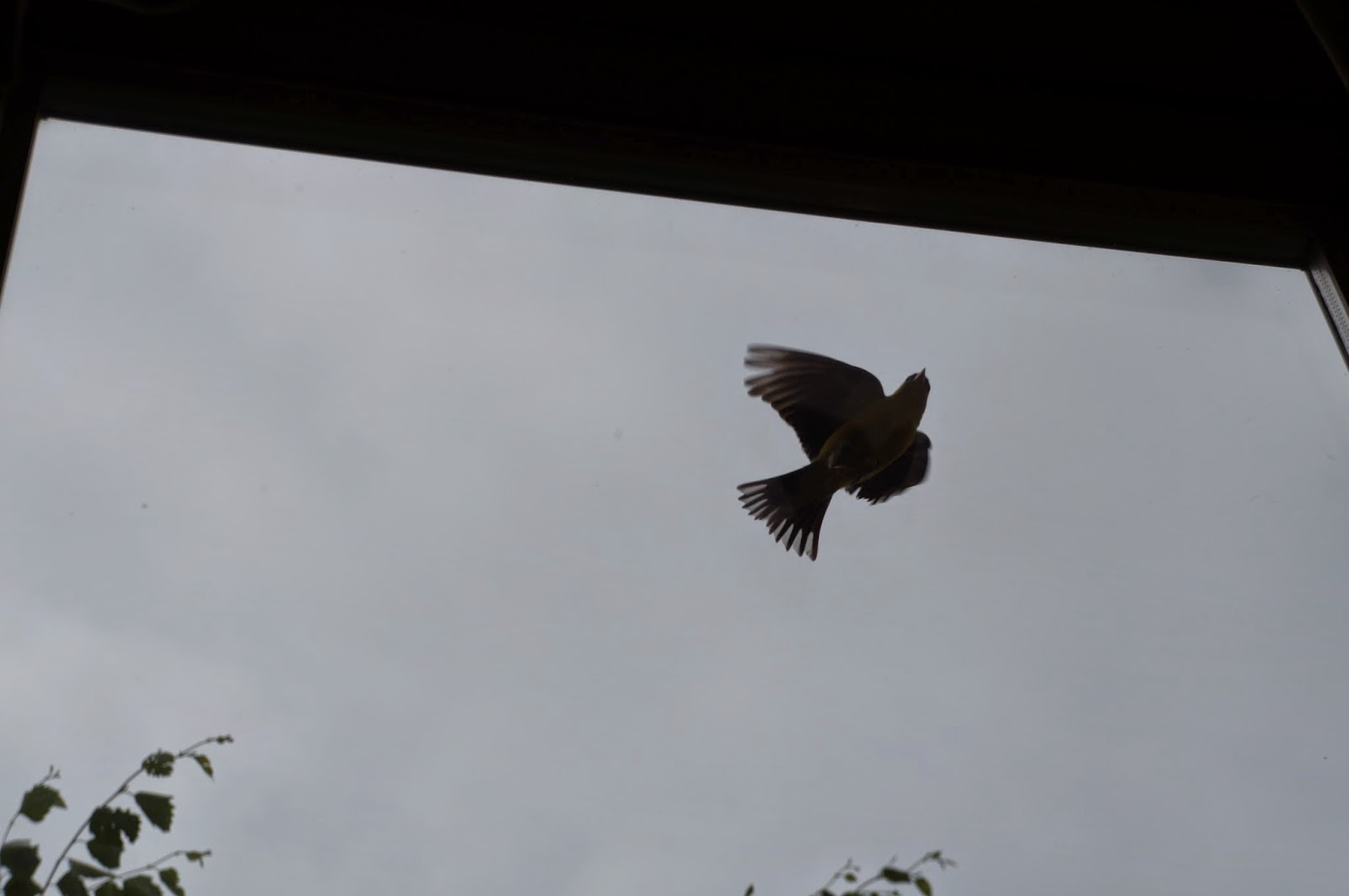 Sam, enjoying the show.
Can you spot Goldie? 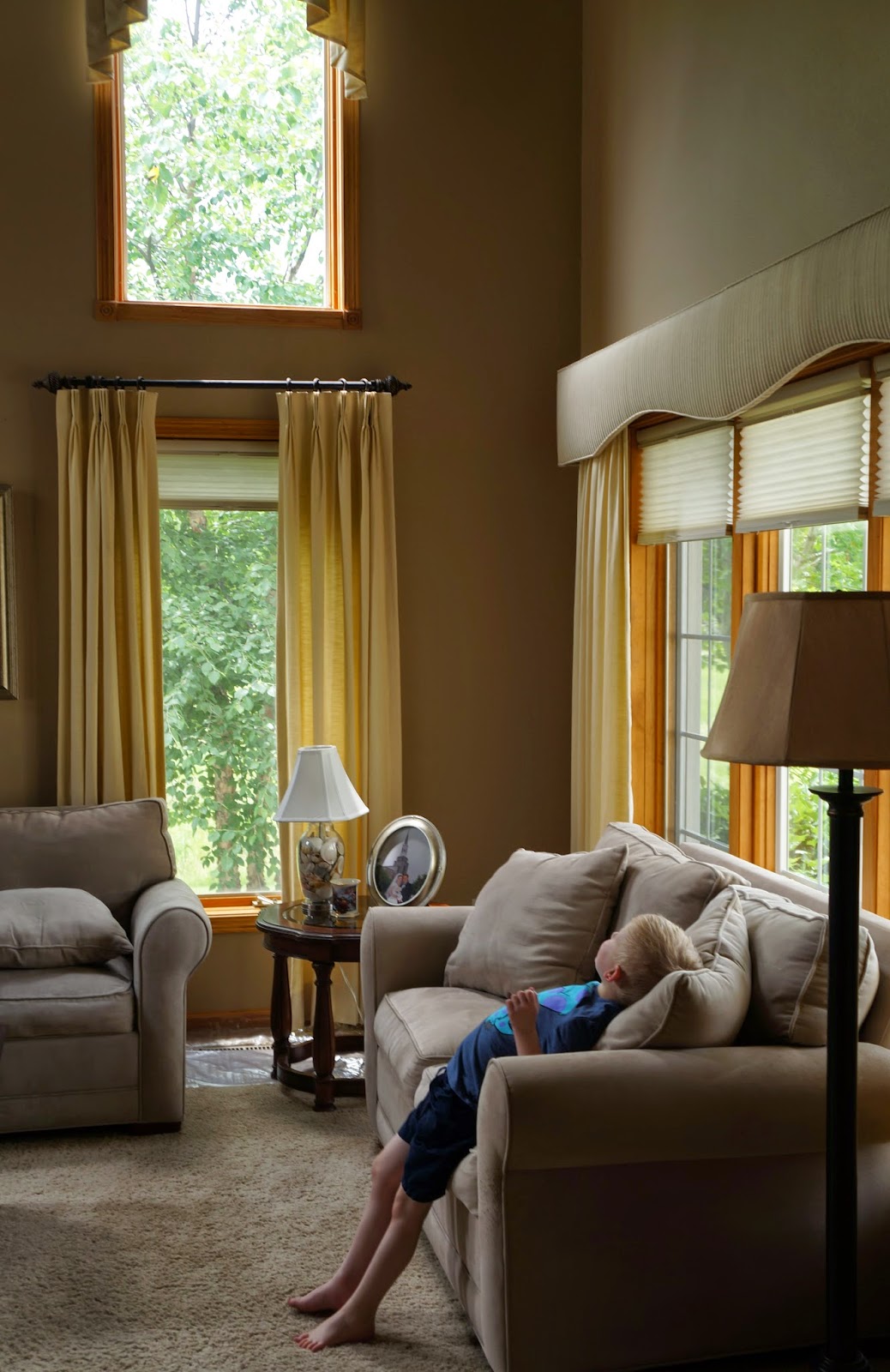 He thought it was hilarious! Because it was! 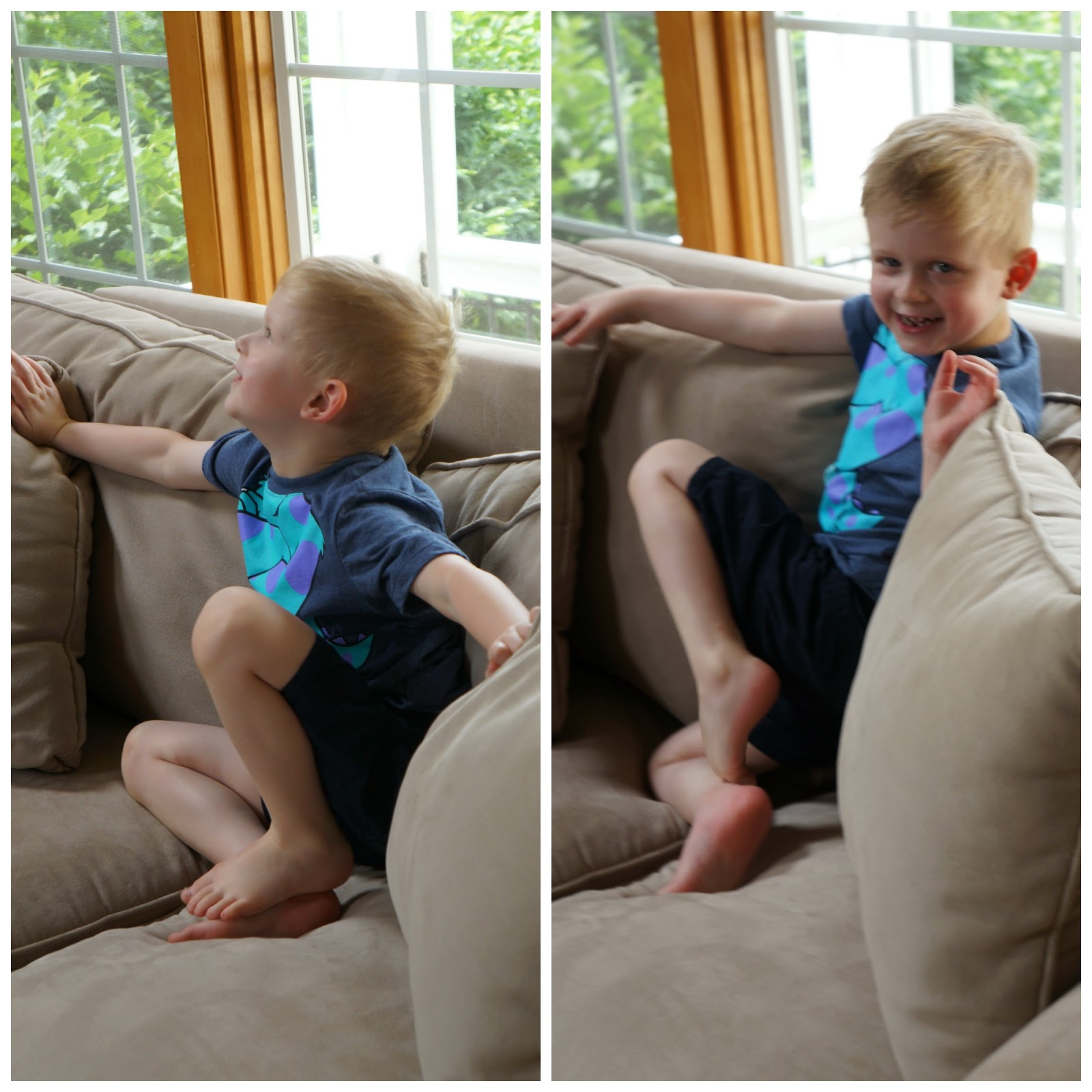 Look at Goldie's poor little beak, open (from the exertion?) and hopefully uninjured. Her pride may have been a little hurt, but hopefully not her beak. I think she's just taking a little breather between attempts. 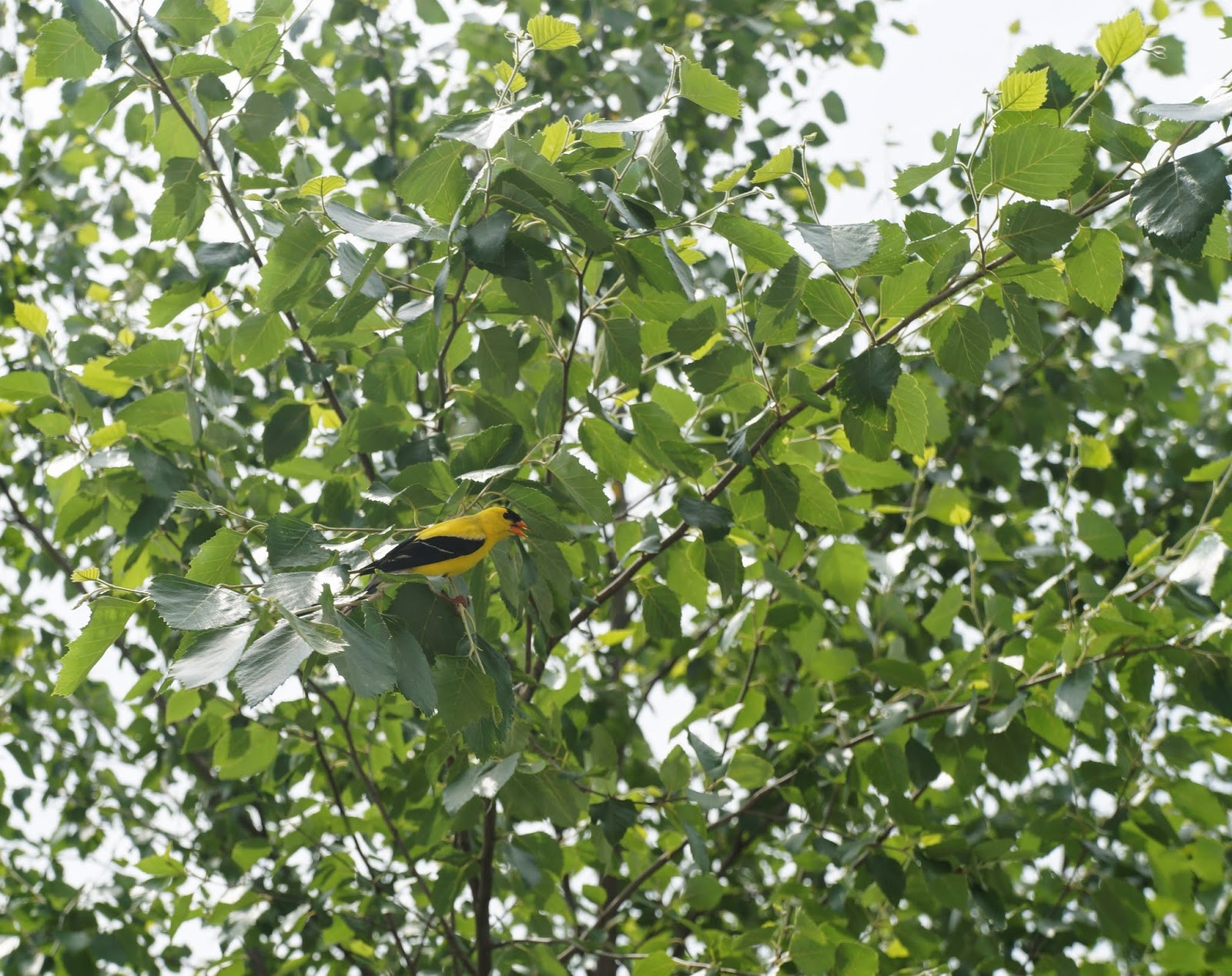 We decided to go outside and see the bird in the flesh...I mean, the feathers. It was hard because of how high up she was. Our view was actually better inside. There's a paradox in there somewhere.
Can you spot Goldie in the picture below? Put your Where's Waldo skills to the test! 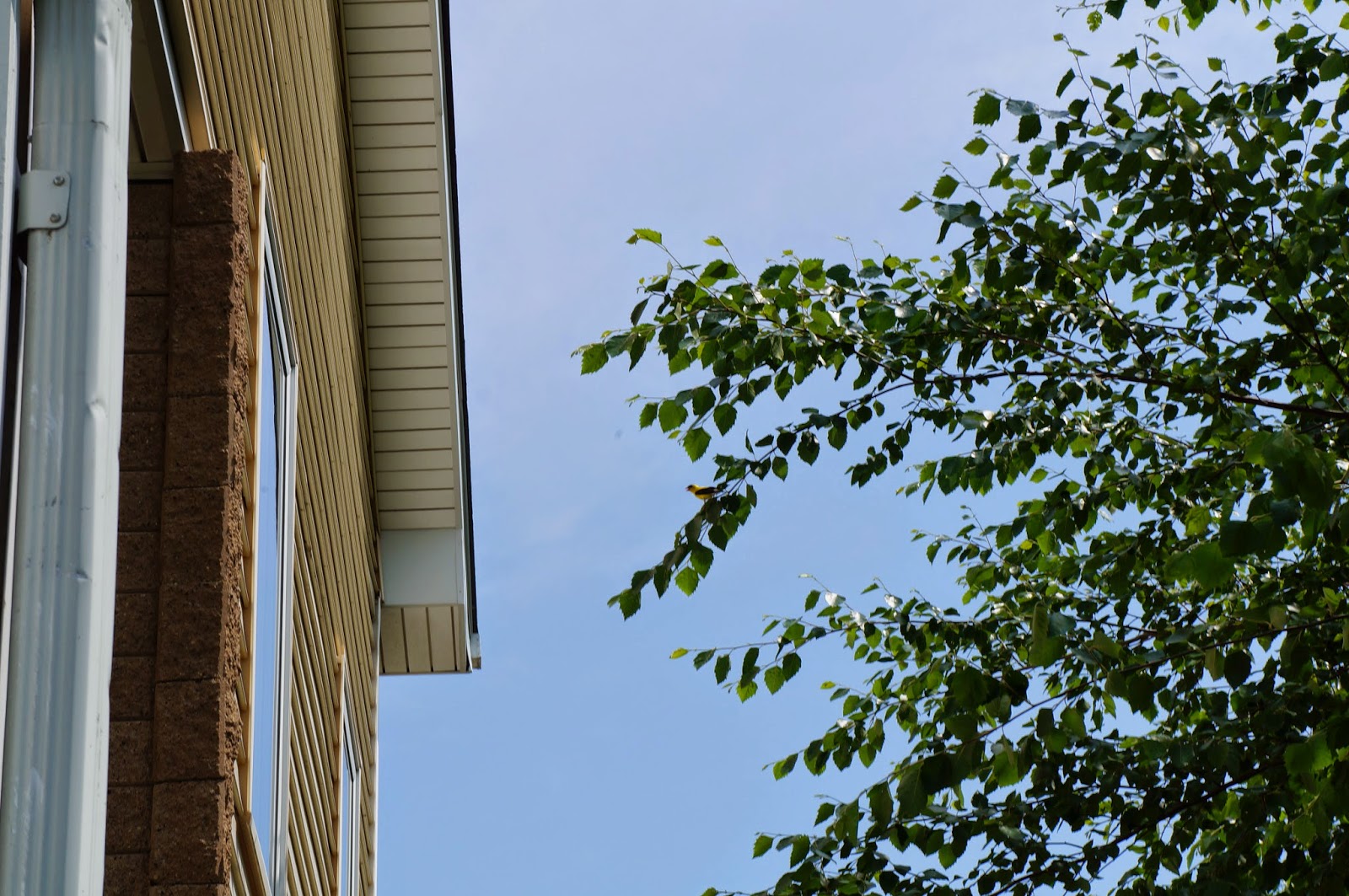 Perched on top of the window. Another strategy perhaps? 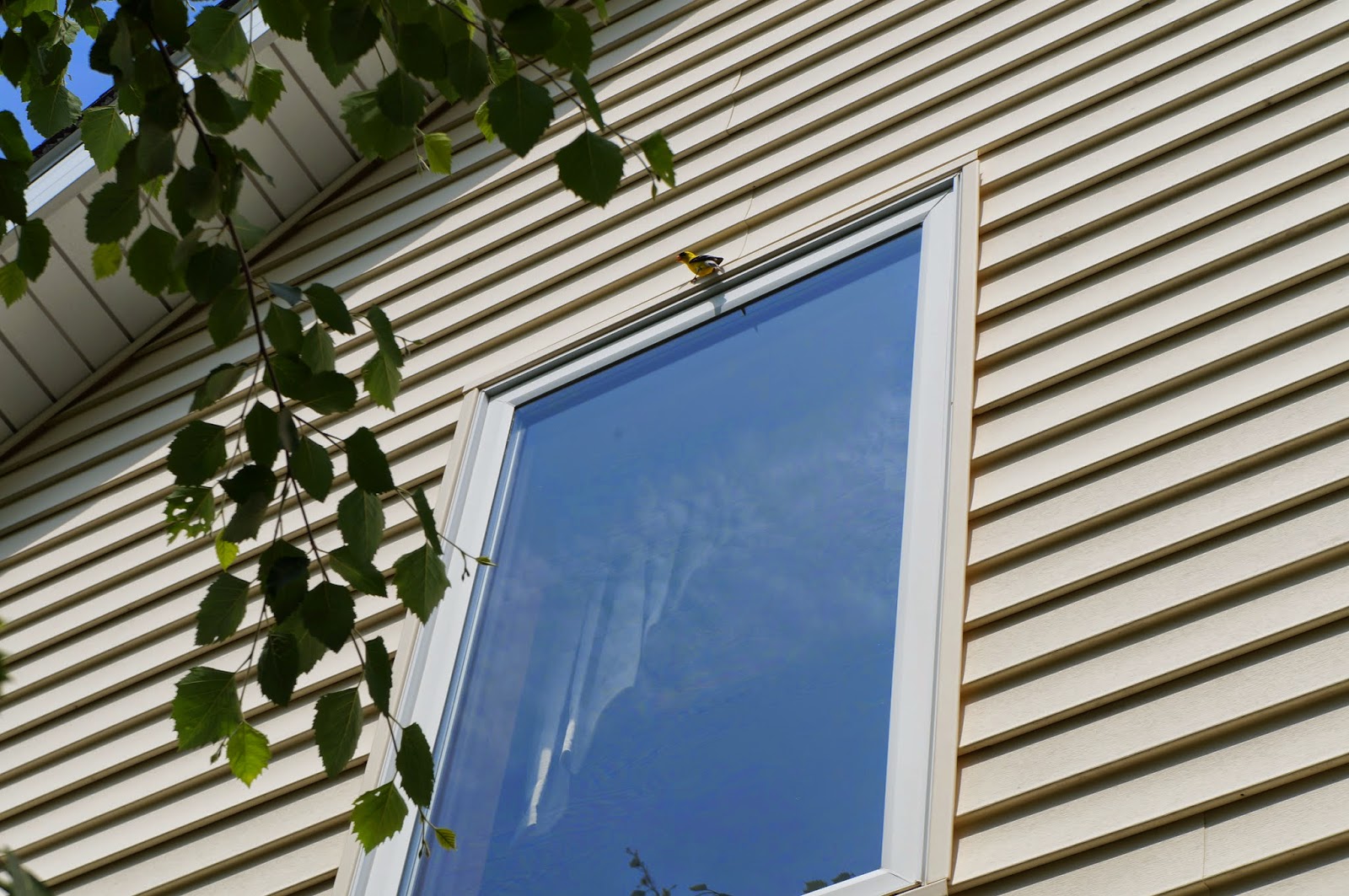 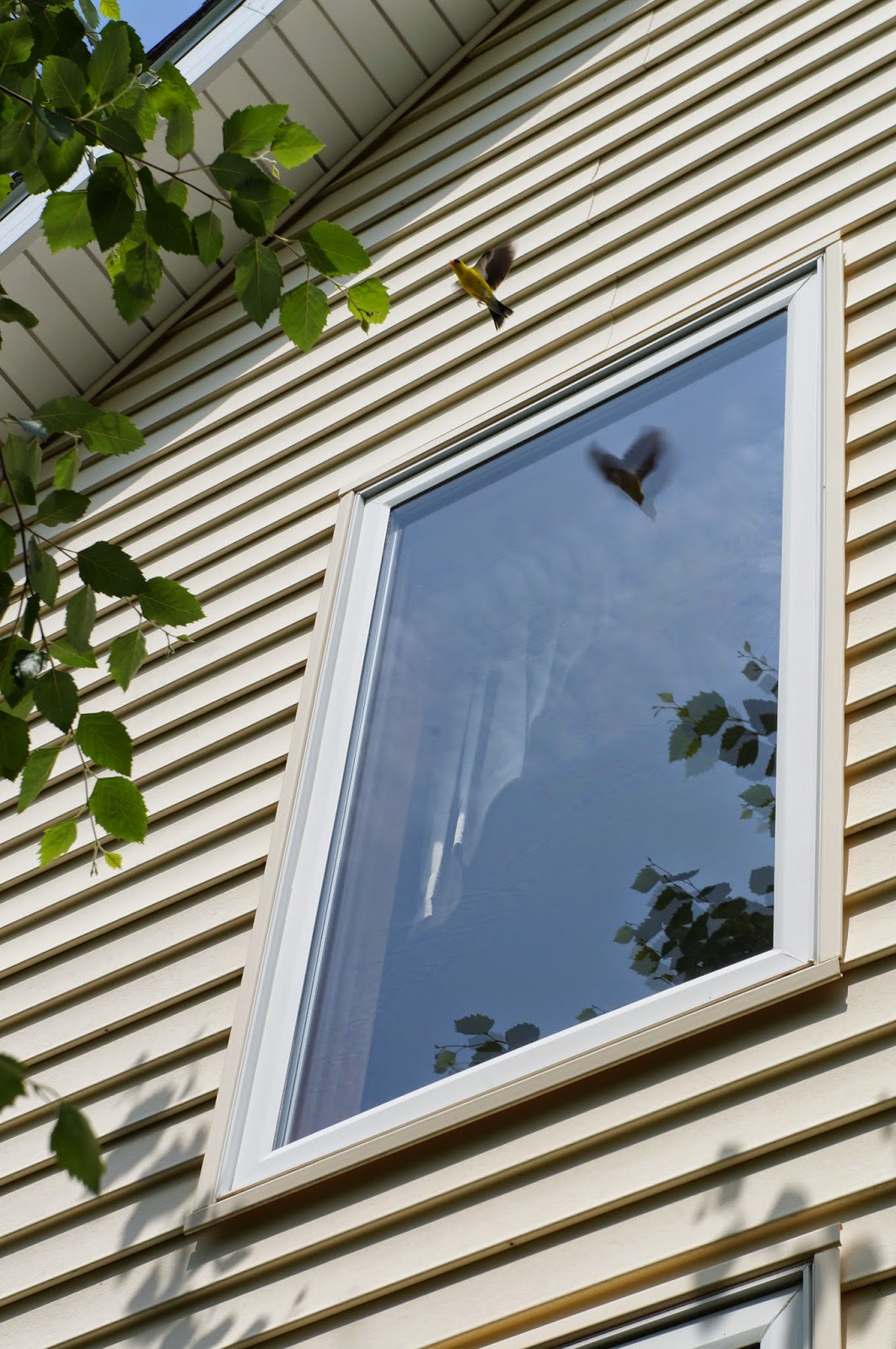 The whole thing was really funny and sweet and made for an entertaining and unique day.
I love animals and their antics! 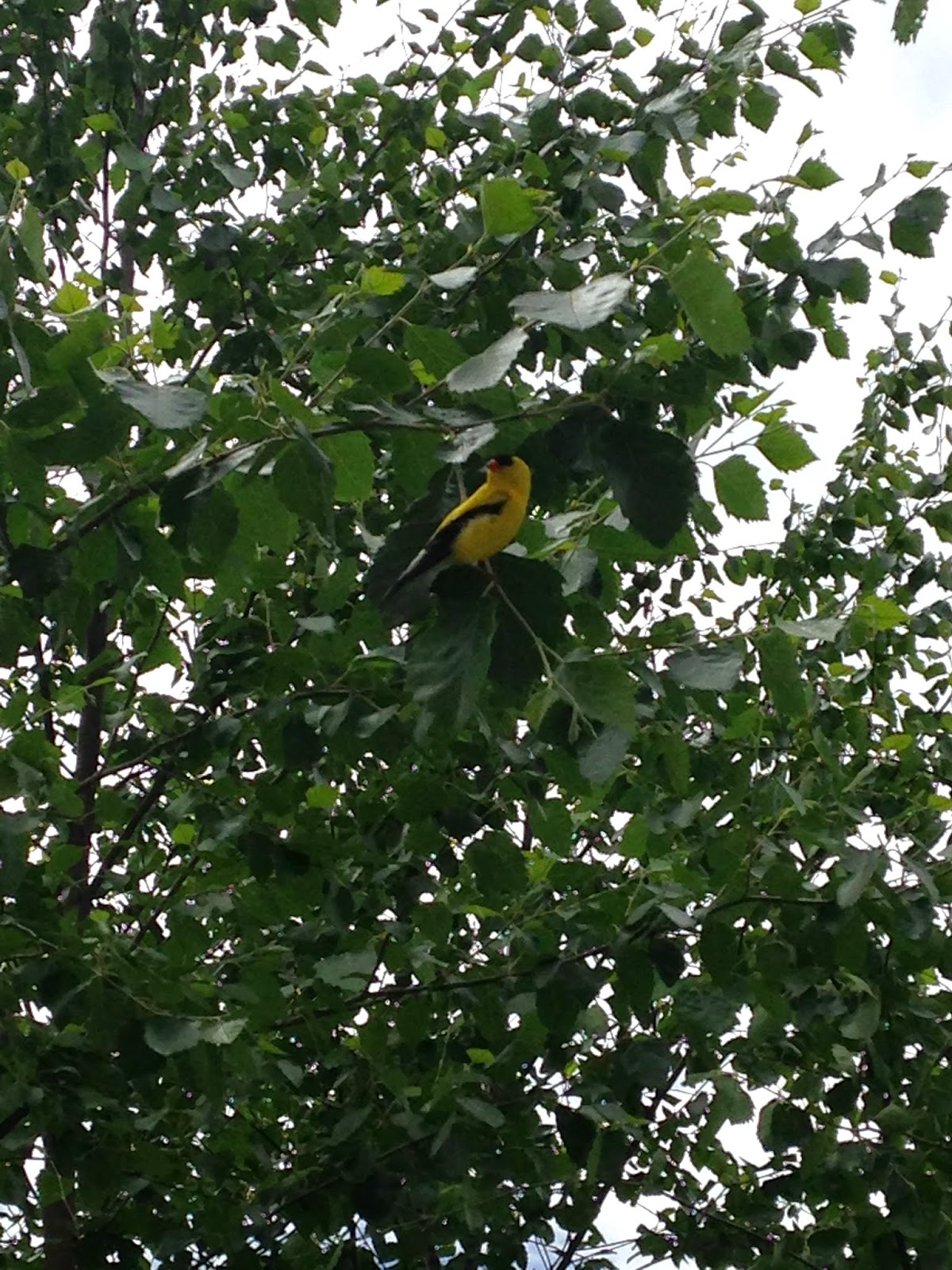