Our Cabin on Prince Edward Island

So let's just dive right in...We drove up to Prince Edward Island from Massachusetts. Our original plan was to fly from Boston (it's a quick flight), but the prices were ridiculous and even I didn't want to pay for five plane tickets at that price (my mother came with us too). It was an 11-hour drive that we split into two days. There were benefits to driving: we could bring as much as we wanted, we wouldn't have to deal with the joys of air travel with children, we wouldn't have to rent a car on the island, and it was neat to see the entire state of Maine (it's much longer than I realized) and also to see what Canada looked like as we drove through it toward PEI. All in all, I'd do it again!

We stayed at the same place where we stayed ten years ago on our honeymoon: the Cavendish Country Inn & Cottages. (Cavendish is the lovely town where L.M. Montgomery lived and wrote the world-famous book Anne of Green Gables.) This time of course we had to get a bigger cabin. Instead of one bedroom and one bathroom, it had three bedrooms and two bathrooms and a very spacious kitchen and dining area and a nice living room. We definitely approved! 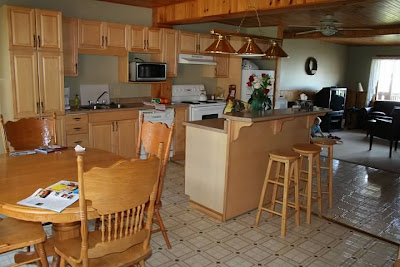 I couldn't believe how spacious the master bedroom was. It also had a nice bathroom attached with a jacuzzi tub that I availed myself of nearly every night. 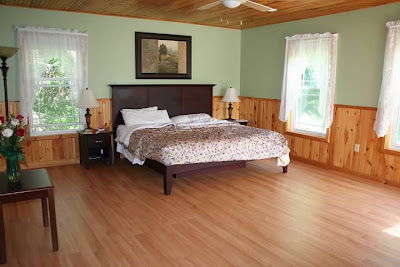 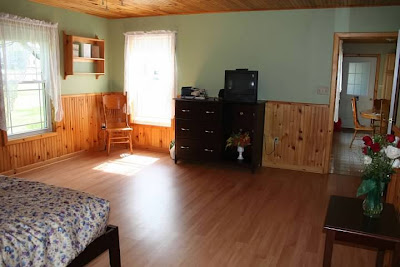 Here's the outside of the cabin, as well as our well-traveled Highlander. I'm pretty sure it had the distinction of being the only car from Iowa on the island for not just that week, but probably the whole year too. 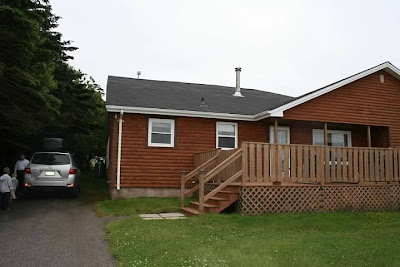 And this was our honeymoon cabin. We walked over and paid it a little visit for old times' sake. It looks non-descript from the outside, but it really was the cutest little place inside. 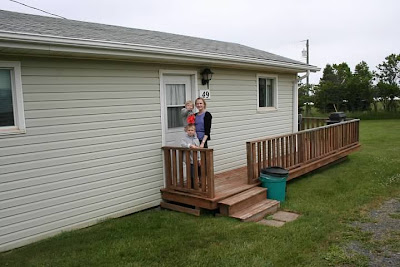 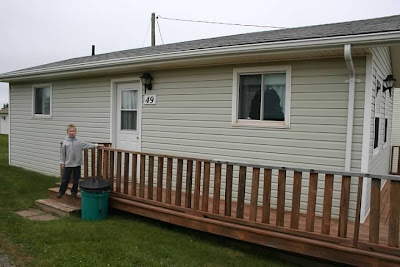 BUT there was one big difference this time. When we stayed there ten years ago, we could see the ocean from the back windows. But that's not possible anymore because they built a big cabin right in front of it! So much for the ocean view! 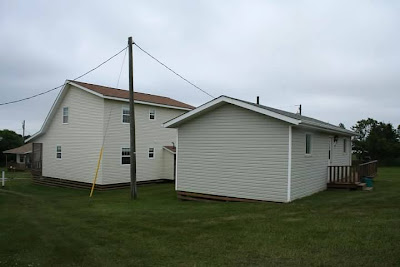 Our cabin, however, had a beautiful ocean view. Right across the street was a green pasture, and beyond that was the blue ocean. Needless to say, it was very picturesque. 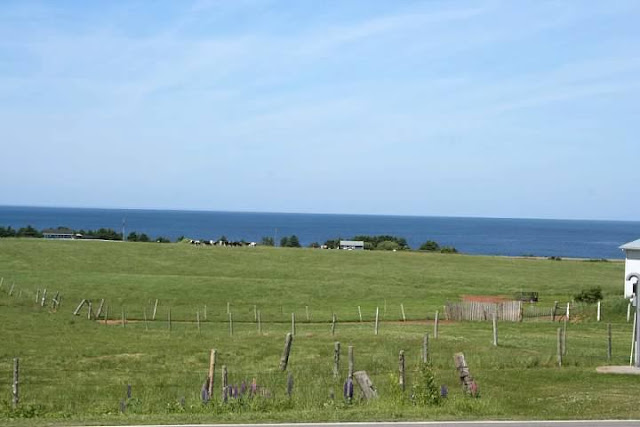 It was nice when the cows were out. I like cows! This was an overcast day and there was a thick layer of fog over the sea, as you can see (or not see, actually). 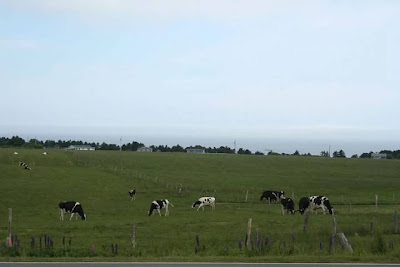 I took the picture below from inside (I'm good at stating the obvious). Do you see how looking out the window there's the big blue stripe of ocean? I'd never get tired of looking out my windows and seeing that. 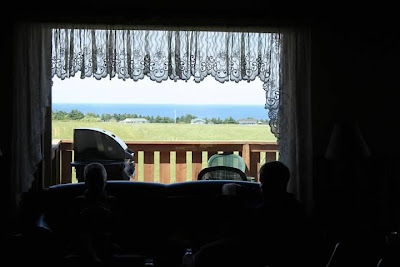 One last thing. The day that we arrived and went into our cabin, there were two vases of red and white roses, a dozen of each, which Peter had the staff do as a surprise for me. He did the same thing on our honeymoon. It was a very sweet and romantic surprise (again!). 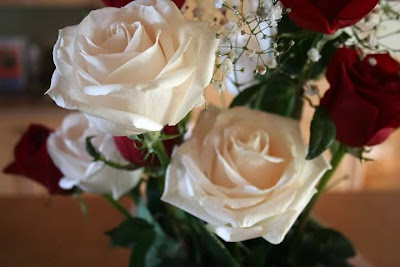 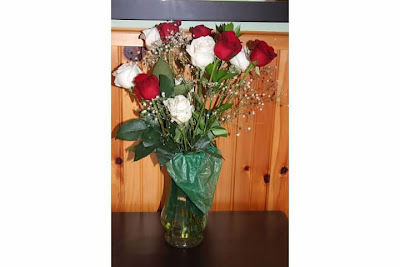 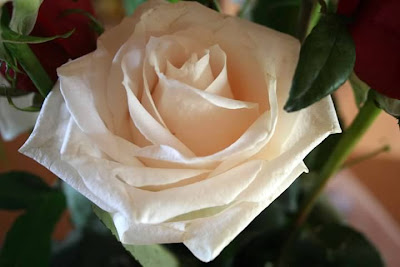 It was the perfect home away from home, and we'd love to stay in the same place again when we return...this time in five years instead of ten!