I wasn't going to do "Five Things for Friday" today, but I'm feeling the need to write about some things, so here they are. I feel kind of censored on Facebook because of the risk of making people mad (many of my friends and relatives are rather liberal, and other people don't want to hear anything about politics), but I have the freedom on my blog to write about whatever I want. Blogging lets my voice be heard! Or read, anyway.

1. This whole leaked video of Romney thing? I think it's being way overblown. I don't get it. Although I do get why the media is gleefully pouncing all over it since they are pretty much Obama's most influential fan club. What is the big deal here? There have been clips of Romney's speech on YouTube since May. I don't really agree with what Romney said and with how he said it, but it's not like Democrats don't generalize about Republicans as a whole. And it's not as if President Obama hasn't done his own judging based on party and class. In any case, I know that if Mitt Romney were president, he'd care about everyone, dependent on government or not. I hope his campaign is able to bounce back because this is certainly nothing that should derail it or make undecided people not vote for him.

2. Speaking of politics, I came to really like John F. Kennedy, Jr. when I was in high-school. I toured his presidential library and museum in Boston on a field trip once and came away very inspired by him. A friend on Facebook posted this this week and it was a good reminder of why JFK was great, and how different the country could be now if Democrats today were more like he was.

Did you know JFK believed in capitalism and cutting taxes to grow the economy? And he practiced what he preached and cut taxes across the board for EVERY American that paid taxes and the economy flourished as has every time a president cut 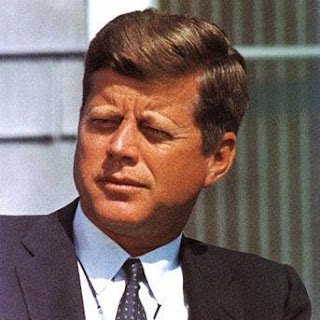 3. Another thing I saw on Facebook this week was this pretty picture, posted by Penn, where I went to college. Look at the sky! What a great picture. 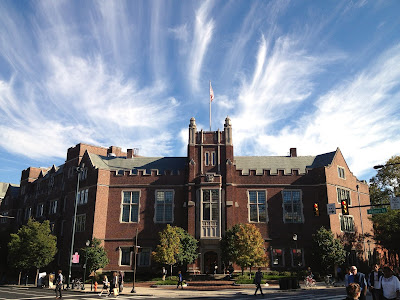 Ahhh, memories and nostalgia! I miss college. It was a lot of work but also a lot of fun. This is Bennett Hall, where I had my English classes and a few other classes. I lived across the street from Bennett during my first two years at Penn. I miss it there! And I miss the great city of Philadelphia.

4. This week I bought a pair of knee-high flat boots that are designed to be worn over skinny jeans. It's taken me awhile to do this because I don't really like trends and I suspect this will be something we'll look back on in the years to come and say, "Why did we wear our boots like that? What were we thinking?" But I got them anyway because the look has grown on me and I like to feel stylish and trendy sometimes, even though I don't really like trends overall. So that's about as trendy as I'll get this season. I'm all about the classics. My personal motto? "Trends? Not buying it. Literally!" Except for in the case of the boots. And I have to remember that skinny jeans finally won me over. (As long as they're not too skinny and they're dark blue denim. Colored skinny jeans are taking it too far!) 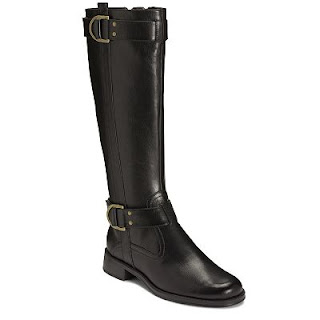 5. Remember how I wrote about how hard it's been for me to find high-quality clip-on ties for my boys? I hit the jackpot at Kohl's this week and got five good ties for John. They were on sale too, and a nice yellow-gold one was only $1.50. Hopefully they'll hold up better than the ties from The Children's Place did. The boys' ties at Kohl's were my find of the week! (Besides the great new owl stuff I found at Target...seriously? Are they trying to make me into a crazy owl lady AND tempt me to spend as much as possible at the same time? Actually, I think that's exactly what they're trying to do.) 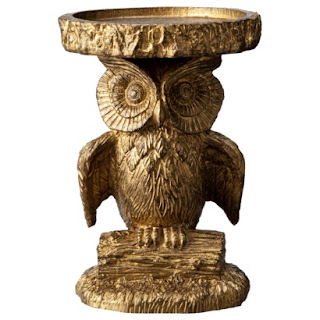 I debated about this awesome owl candleabra. I don't have a candleabra and I really like this one. But we don't have a real dining room and our formal dining room table is in storage, and I can't think of anywhere else good to put it, so I passed on it. See, I do think before I buy, or in this case, not buy. 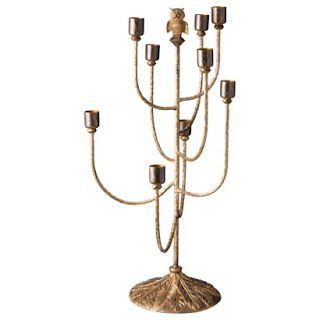