Peter has been away on business all week (in New Jersey and Manhattan; I'm jealous! We lived there for the first four years of our marriage and I really miss it there sometimes.). He gets back tonight, but then tomorrow he'll be gone all morning at a turkey shootout (not real turkeys! I made sure!) with guys from church, an event for which I was forced to cancel a 90-minute Swedish massage that I had scheduled for myself at noon tomorrow. What the heck? I need a break!

That break is going to come in the form of THIS: 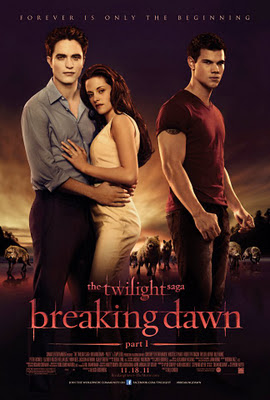 Tomorrow afternoon I'm taking myself out on a date to go see this movie. I don't care what people say; I'm excited for it! And I'm interested in seeing what they do with certain bizarre scenes from the book. It was my least favorite of the books, but I still liked it enough to want to see the movie. The movie reviews I've read said that fans will like it, so that's a good sign.

I'm almost done Christmas shopping for my kids. They make up the bulk of my shopping, so it's a relief to have that taken care of. Now I just have to be careful that I don't pick up more things for them when I'm out in the stores. That's one of the dangers of getting your shopping done early. You find other things that you want to get and can end up spending and getting more in the long run!

Speaking of Christmas shopping, I'm not planning on doing Black Friday next week. I never have, and I probably never will. I will gladly pay the difference to not have to get up early or stay up late and deal with crowds just to get a good price on something. Cyber Monday, however, is a much easier thing to manage. Now that, I like!

The Duggars have announced that they are pregnant with their 20th child. 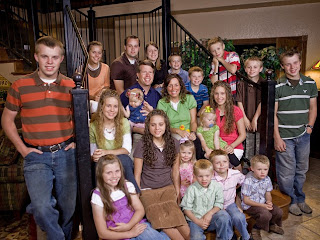 I am not impressed.

Another thing I'm not impressed with is the Occupy Wall Street movement. At first, I understood their point. I mostly disagreed with it, but I got it. But now it's getting ridiculous. They aren't accomplishing anything except for being a nuisance, and the protesters don't agree with one another on what exactly it is that they want. They can't even decide on whether or not to issue a list of "demands." A friend of mine from college who works on Wall Street said this yesterday on Facebook and posted this picture:

"Occupy Wall Street occupying the lobby where I work...security has told all of us not to leave the building today...what crazy times we live in!!" 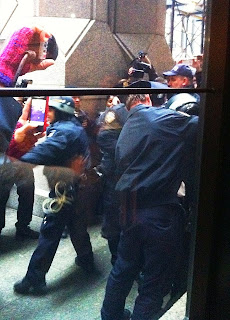 The protesters remind me of disobedient, badly behaved children throwing temper tantrums because they're not getting what they want.

Ready for another one of my catalog rants? I was flipping through the FAO Schwarz catalog and came across this: 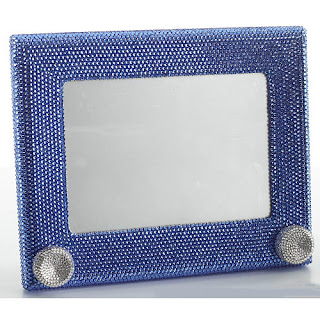 This isn't just any Etch-a-Sketch. This is a limited edition Jeweled Classic Etch-a-Sketch, "with over 10,000 dazzling, handset Swarovski crystals" all over it. There are only six available in the world, and it only costs $1,499.99. (But there's a coupon on the back of the catalog for $25 off any total purchase of $150 or more, so then it would be only $1,474.99!)
Those Occupy Wall Streeters would have a field day with this. And I would probably have to agree with them. This is just wrong! And if you're going to bejewel something, why would you bejewel an Etch-a-Sketch, of all things? Why not a cool owl or a set of bookends or something a little more decorative or practical like that?!
For the third time in this post, I will say that I AM NOT IMPRESSED!

Well, in addition to lots of errands and housework and after-school activities, that's been my week. I hope you have a great weekend!