On a sunny Saturday afternoon in October I finally went to the Lizzie Borden house in Fall River, a place that I've heard about, read about, and seen being investigated on various ghost-hunting shows. It was so fun to finally see it and experience it for myself! I had just read the book The Trial of Lizzie Borden so a lot of the details of the crime and the setting were still vivid in my mind. 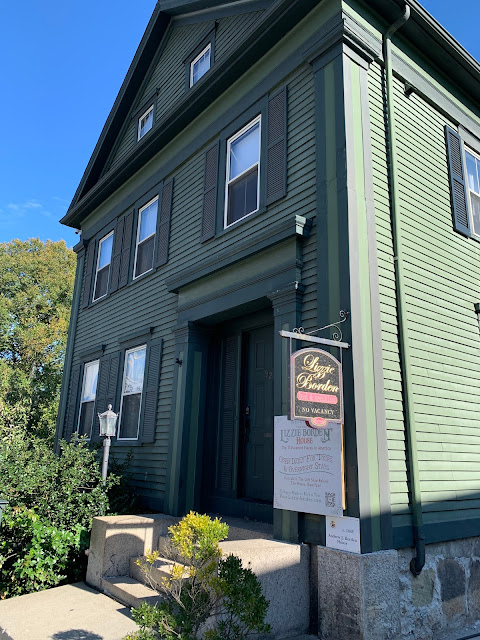 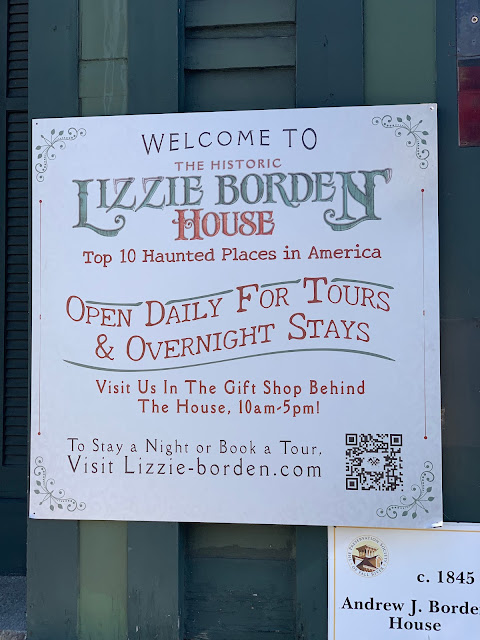 This is the back of the house. The tour we went on included the basement but not the attic. I'd like to go back and see the attic. It's supposed to be one of the most haunted spots in the house. 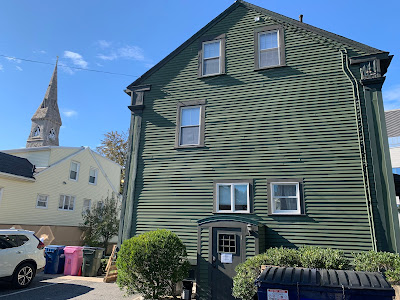 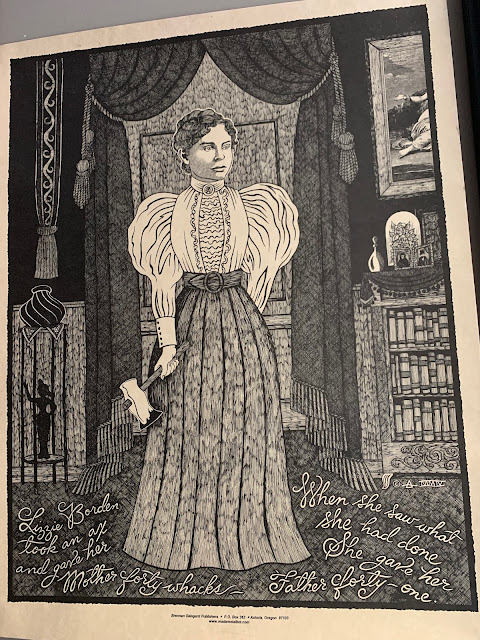 If she didn't do it herself, I think she helped plan it. I definitely think she was involved, and I have no sympathy at all for her. Based on what I've read and learned, it is my succinct deduction that she was an evil nut-job. 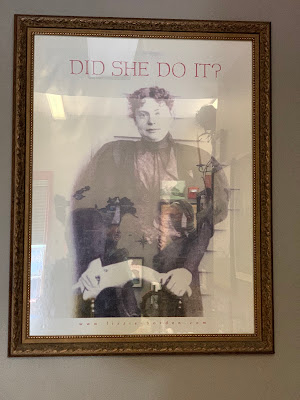 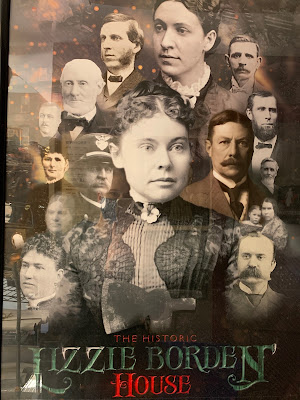 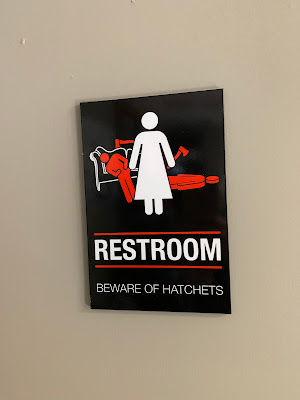 I didn't take many pictures inside the house but I did get one in the basement of a very interesting figure on the wall that the tour guide said is on there all on its own. Can you see it?? 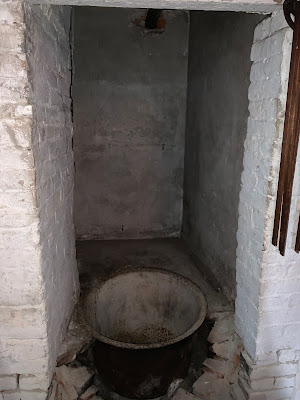 If you can't see it, I'll tell you. It's a woman's face on the back wall. This is the area where it's suspected that Lizzie washed her blood-stained clothes after the murders. How weird is that? I don't think it's fabricated either. Creepy! 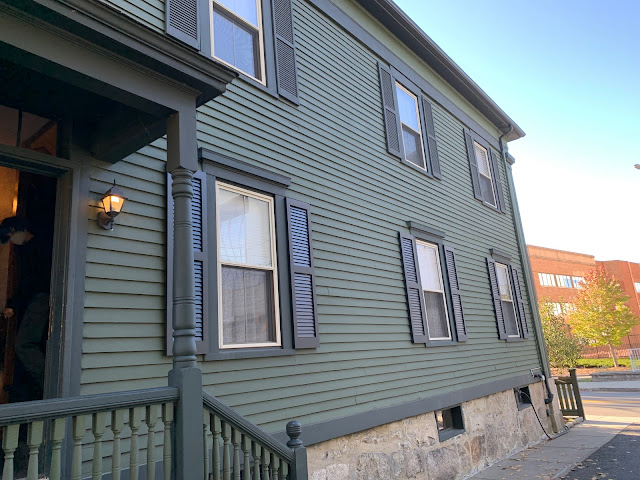 My mom was there too--she took the picture. 😁 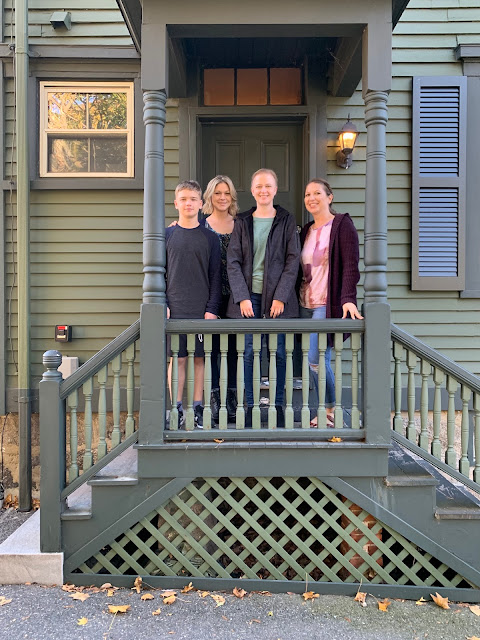 Look, an orb! Or maybe it's just the sun. 😄 Either way, I'm pretty sure this house is haunted. 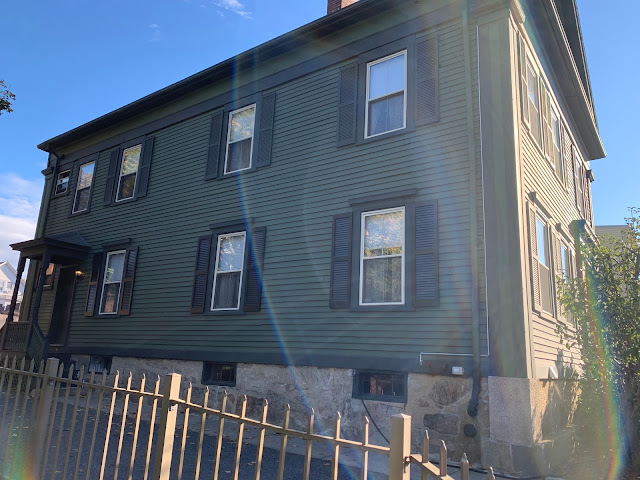 We also drove a few minutes away to see the outside of Maplecroft, the house Lizzie moved to after she murdered her father and stepmother the murders and that she lived in until her death in old age. It's a very pretty house, and it's currently up for sale. Or at least it was as of October. The funny thing is, I could possibly afford to buy it it if we sold our two houses in the divorce and I used my share of the profits to get this place. My sisters tried to convince me to do it, but I would never, for many reasons. One of them being that I don't like Lizzie Borden at all and I would definitely not want to live in her former house (pretty though it may be!). 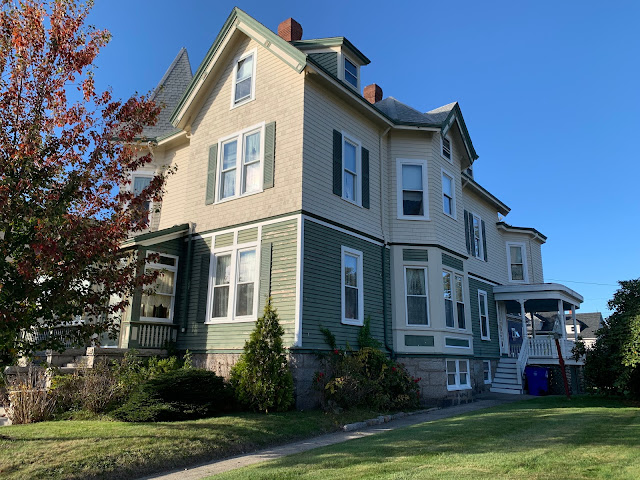 It looks like it has a very nice sunroom, among other things. I bet this would make a great bed-and-breakfast. But I'm not going to be the one to do it! 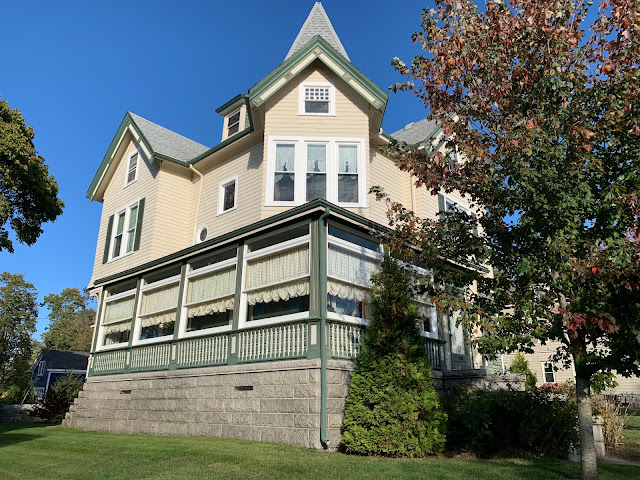 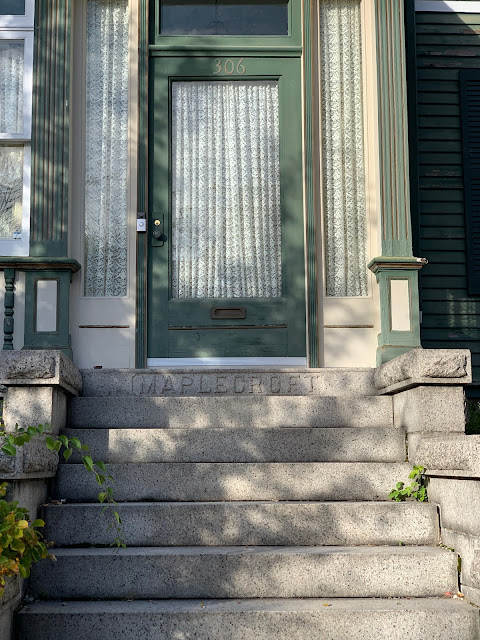 It was a fun day! I want to go back to the Lizzie Borden House to see the attic!
Posted by Donna at 12:40 PM