Sam went right to work assembling the things he got for his birthday that could be assembled!

There was this K'nex roller coaster... 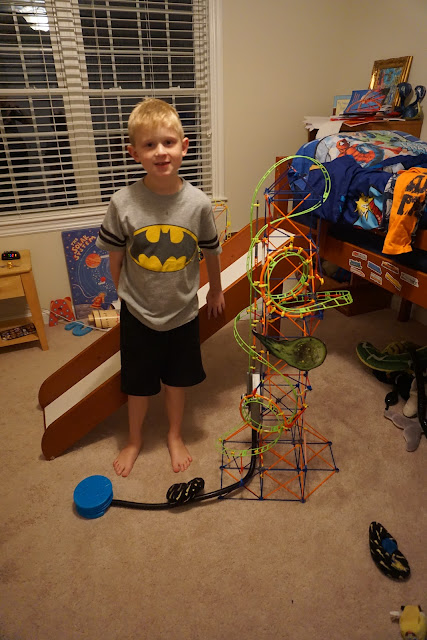 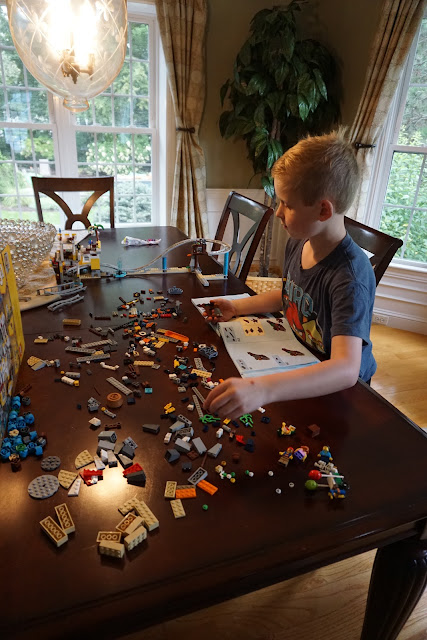 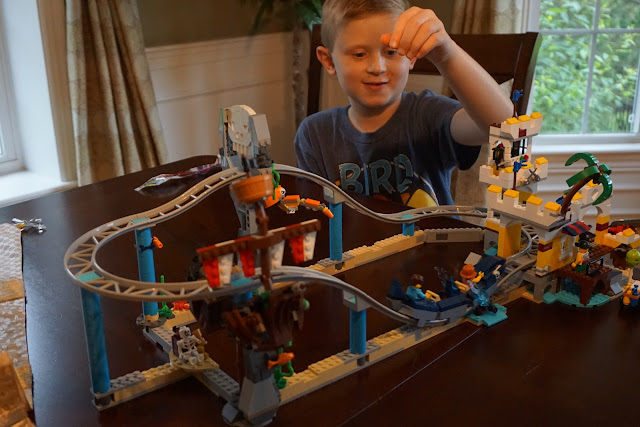 It was the centerpiece of the dining room table for a few weeks. Quelle elegance! (Yes, I had to google how to say "How elegant" in French, but I do know on my own that it's "Que elegante" en espanol! But I digress.) 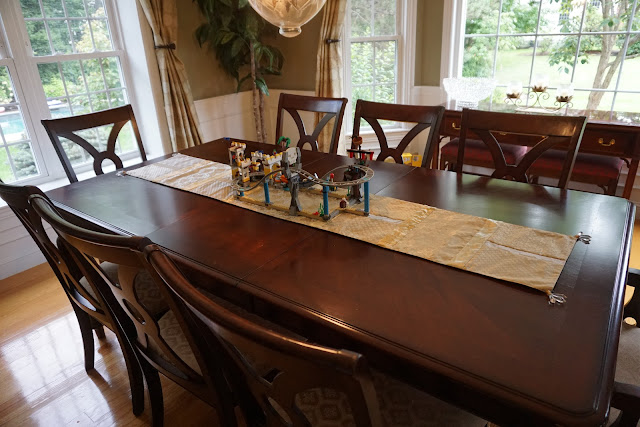 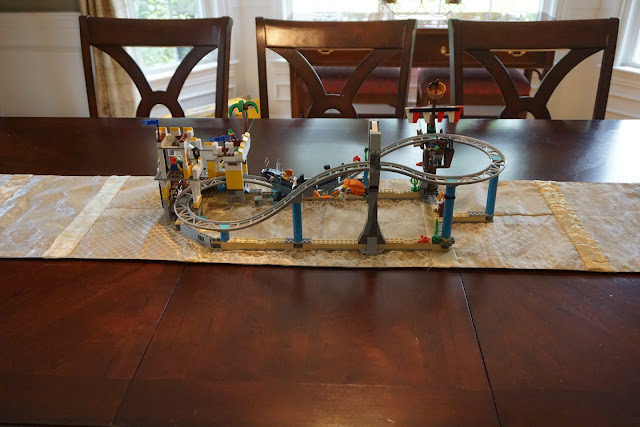 Also for Sam's birthday, he wanted to go to Six Flags New England, so that's what the four of us did on a Saturday in late September. 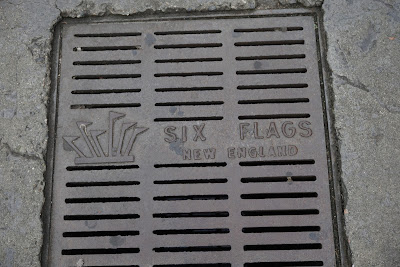 The boys are up there somewhere on that crazy spinning swinging thing! The spinning would make me so nauseated and sick. 🤮 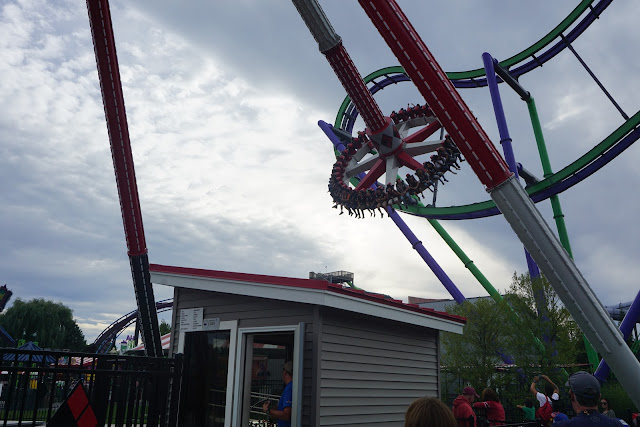 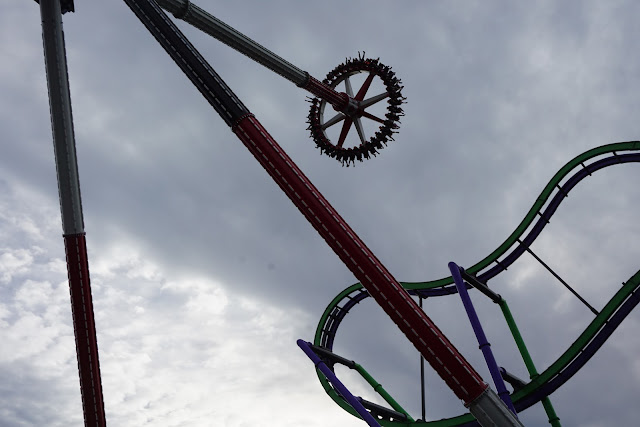 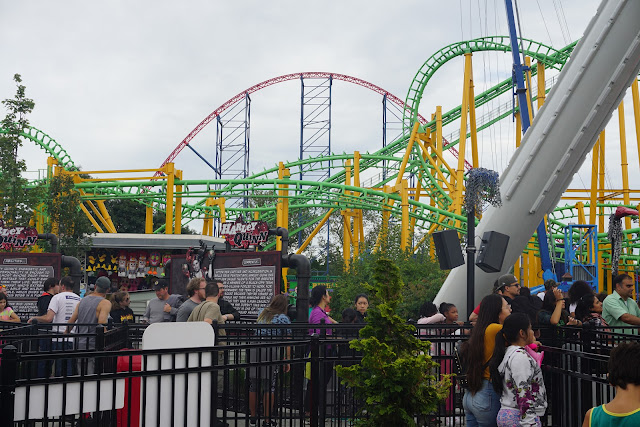 This is the Superman rollercoaster that Sam had been looking forward to going on but it turned out that he was still just a hair too short! So I gladly stayed behind with him while John and Peter rode it. 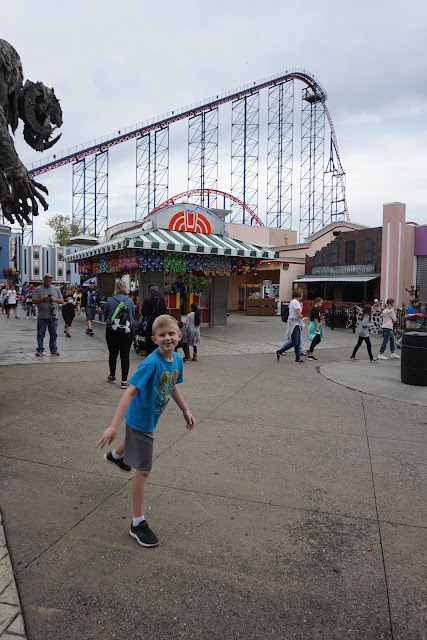 As you can see, the park was gearing up for Halloween. 😱 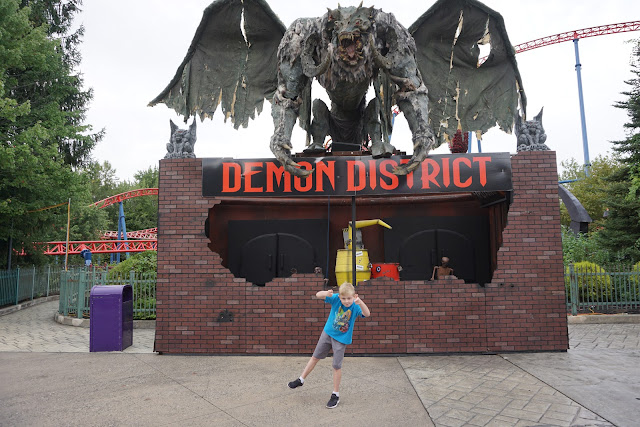 It really was a fun and special month for Sam!