Last night I became an Iowa caucus-goer for the first time! This is one of the things I was looking forward to about moving to Iowa. I've always liked politics, and it's been neat to experience the presidential candidates' campaign from here and to be a part of the famed Iowa Caucus. I've mentioned before on my blog that I'm a Mitt Romney fan, and I have been since about 1994 when I was a freshman in high-school and he ran for the U.S. Senate against Ted Kennedy (the Romneys were in my stake in Boston so this was an especially interesting race to me!). But I'm not going to make this post into an ode to Romney--I know he's not perfect, and I don't want to be a total cornball--but I will say that I admire him greatly and I think he has the potential to be a very good President.

Last Wednesday evening I went to a Town Hall Meeting with Mitt Romney in North Liberty, Iowa, which isn't far from where I live. I hadn't seen him and Ann in person since I was in high-school, so it was neat to see them again, this time with him running for President. The meeting was really crowded with about 600 in attendance, so my pictures aren't the best, but I was happy to be there taking them and participating in something that until then I'd only been able to see on TV! 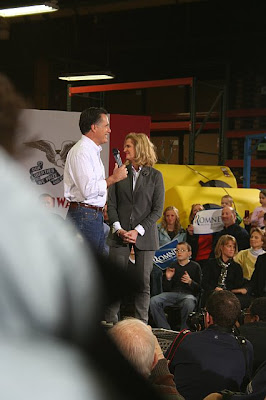 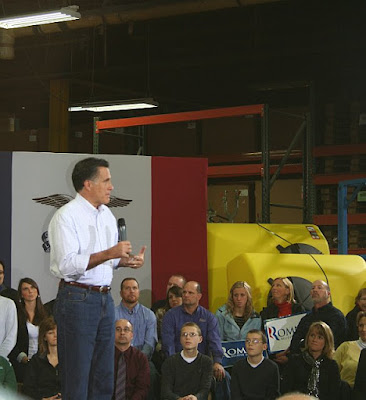 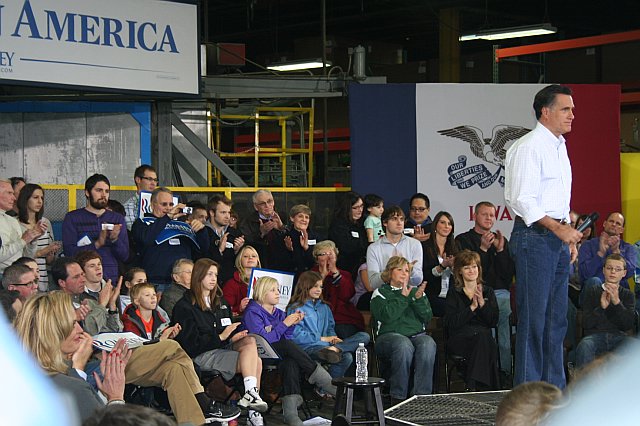 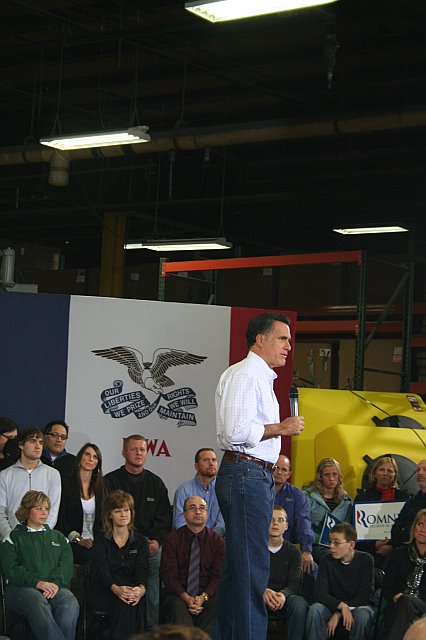