1. The house chronicles of Donn-ia continue (get it? Chronicles of Narnia? 😅). This week the hole in my shower's ceiling got patched. I also had a windows guy out to give us a quote for new windows because they're starting to reach the end of their lives and some of them aren't working well at all. Next week the lazy susan in the kitchen will be replaced because it's basically been mostly broken since we moved in. This is a good house but it's now 20 years old and I really think that's why so many things are breaking down and needing to get replaced. 20 years seems pretty standard, unfortunately for us. Now I know why the previous owners moved when they did!

Some other house mishaps from the last few weeks:

-The dryer suddenly stopped heating. A repairman fixed it, and at his recommendation I got the dryer vent professionally cleaned out. The guy who did it said it didn't look like it had ever been cleaned out--there was so much lint in there (which is a major fire hazard, BTW), and that was likely why the dryer had stopped working.

-The washing machine sometimes leaks. I'm pretty sure it's on its last legs and will need to get replaced soon.

-The dishwasher sometimes leaks too, but I'm choosing to be optimistic and overlook that for now.

-The "fun" isn't contained just to our house--it spreads to the Cape house too. On New Year's Day my mom went there and there was no heat. So we got that fixed, but then the heat wouldn't come on in the living room. I think that's fixed now, too. 🤞

What's next? I can hardly wait to find out.

2. This is kind of related to home improvements, but more related to a freak accident that makes me feel old. When I stepped into the shower last Saturday, I slipped and sprained the middle toes on my left foot badly. It was really painful to walk on later in the day, and the toes were pretty swollen for a few days, and I still have to be careful with them almost a week later. But I did successfully walk on the treadmill yesterday, so they're healing. Yesterday at Target I bought a shower mat to help reduce the likelihood of this happening again. I feel old. {Insert grandma emoji here, which Blogger doesn't have so I can't.}

3. Also at Target I saw the cutest owl wicker basket! I've been trying to cut back on excess spending for something special that I'm saving up for, and I've been pretty good at it since the beginning of the year, but resistance was futile in this case. I had to have this basket. Taking a picture of it was not going to be enough! 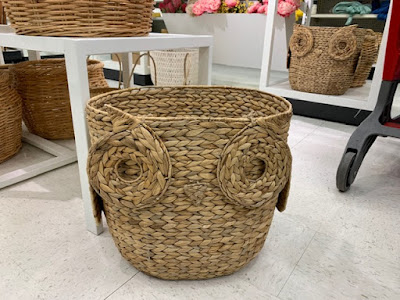 It now has a nice home in the corner of the laundry room, holding extra supplies which previously sat on the floor. I am very happy with this basket and with this purchase! 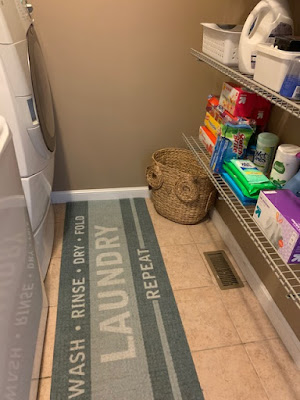 4. I saw the new Little Women movie last week. I loved it! It was delightful and the acting was so good, especially for Jo, Amy, and Meg. I remember in the fall of 2018 when they were filming it not too far away in and around Concord. I was a little worried that this would be a feminist version of the story, but it stayed pretty true to the original. Little Women is already somewhat feminist anyway because, hello, Louisa May Alcott/Jo! Anyway, this is a movie that I will buy and definitely watch again. I liked it more than the Downton Abbey movie. This is a good article I read this week about it. 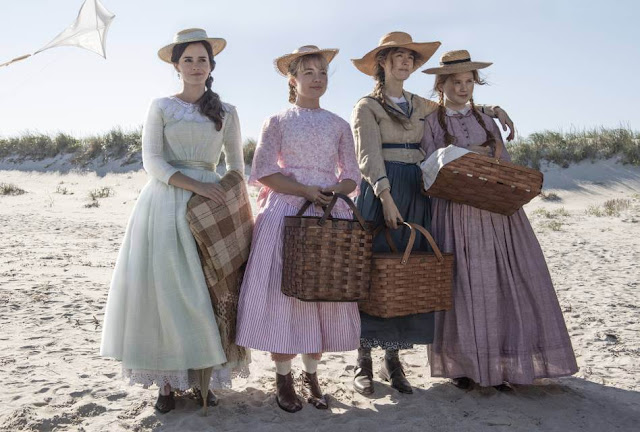 5. My blog catch-up plans are going well. Barring any major catastrophes, I should be all caught up by June. I'm going to start doing posts about July next week, then I'll finish those up in February and also do August and September in February. It's good for me to mention my schedule on here because it helps keep me accountable. I'm such an Upholder!

This weekend's plans include taking Sam to see the The Wizard of Oz, going to John's big wrestling meet, and doing a fun "paint and party" with my mom and sisters and niece and my brother's girlfriend at a painting studio. I've always wanted to do that! I'm not very artistic so I hope my painting turns out okay!