So, that last post that I did from an airplane? Things were going well then. We considered ourselves pretty lucky that our flight to Chicago was sandwiched neatly between two snowstorms, one outgoing in the East and one incoming in the Midwest. It should have worked out just fine, but with the problematic combination of the aviation industry and winter weather, it didn't. We had no idea of the nightmare we were in for that day!

Here are Sam and I waiting innocently for the plane to take off, before the reality of our situation that day actually became reality. 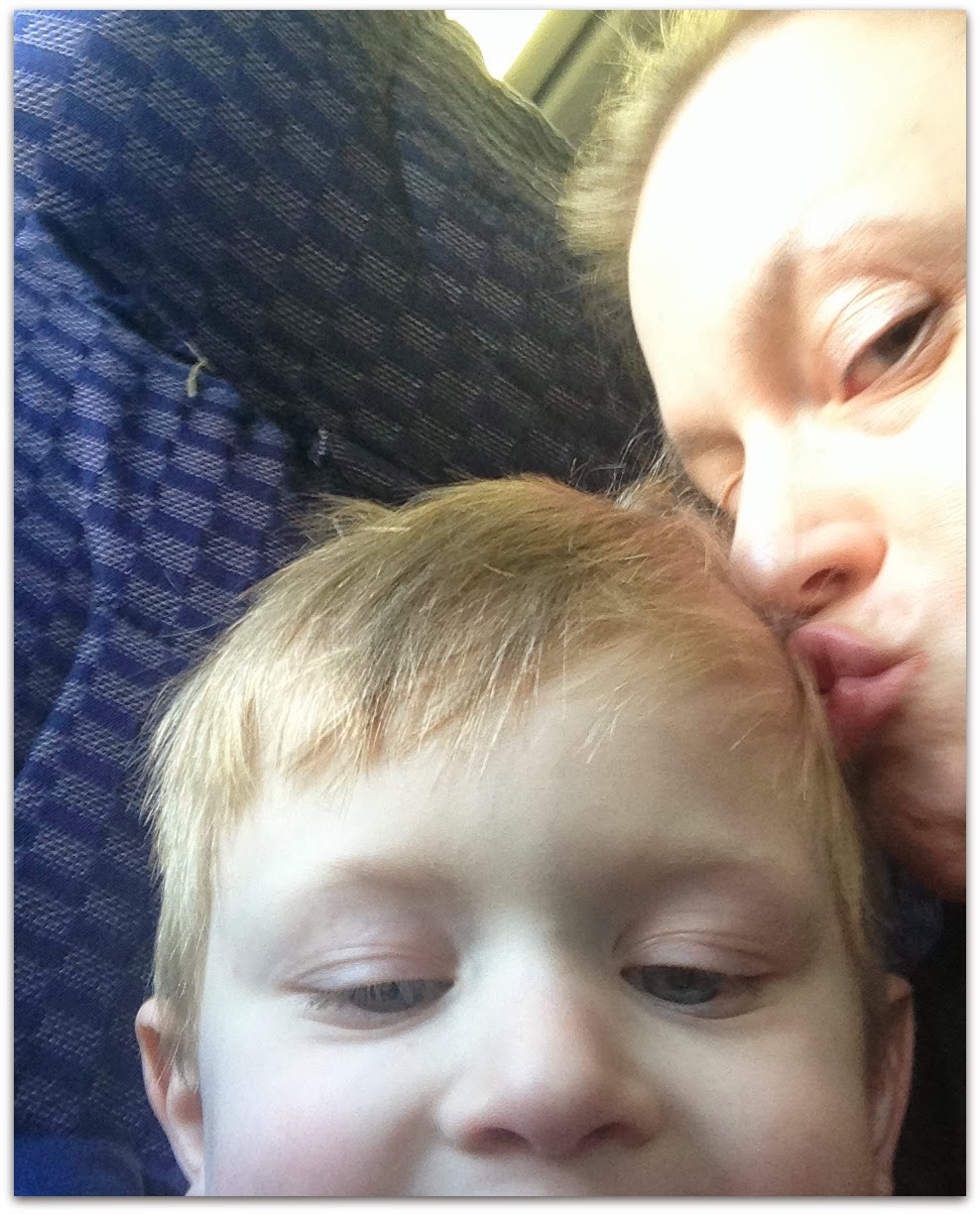 Let me set the scene for you: Saturday, January 4th, around 10:30 a.m.: Our United Airlines flight from Boston to Washington D.C. took way too long to take off, which caused us to miss our connection from D.C. to Chicago. We got to the gate just as the plane was pulling away. So classic. This was not good, because there was a snowstorm moving into Chicago the next day, and O'Hare pretty much shuts down when there's snow. There were already many delays and cancellations because of the snowstorm that had happened the day before in the Northeast. So we were lucky to get on a flight to Chicago at 5:00 p.m. that day. It was not from the airport we were at, however (Dulles); it was at D.C.'s other airport, Reagan. So after being assured that our luggage would go out on another flight to Chicago from Dulles and would be waiting for us at O'Hare, we paid $75 for a cab to take us over to Reagan. Once we got there, we found out that our flight had been CANCELLED.

This is when we knew for sure that our luck had run out and we were in for another one of our wintertime travel "adventures." Our plan of a fun day and night in Chicago (a city which we have yet to explore) before driving home to Iowa the next day vanished into thin, snowy air.

Peter went to wait in a super-long line while I sat with my hyper kids and a headache started to set in. This turned out to be the worst headache of my life (more on that later). After two flights and the various problems we'd had, I was dehydrated, tired, and stressed. Of course I had tossed our water bottles into the trash on our way into the airport, figuring that we'd soon be zipping through security.

John and Sam touched trash cans and sat on airport floors way too much that day. 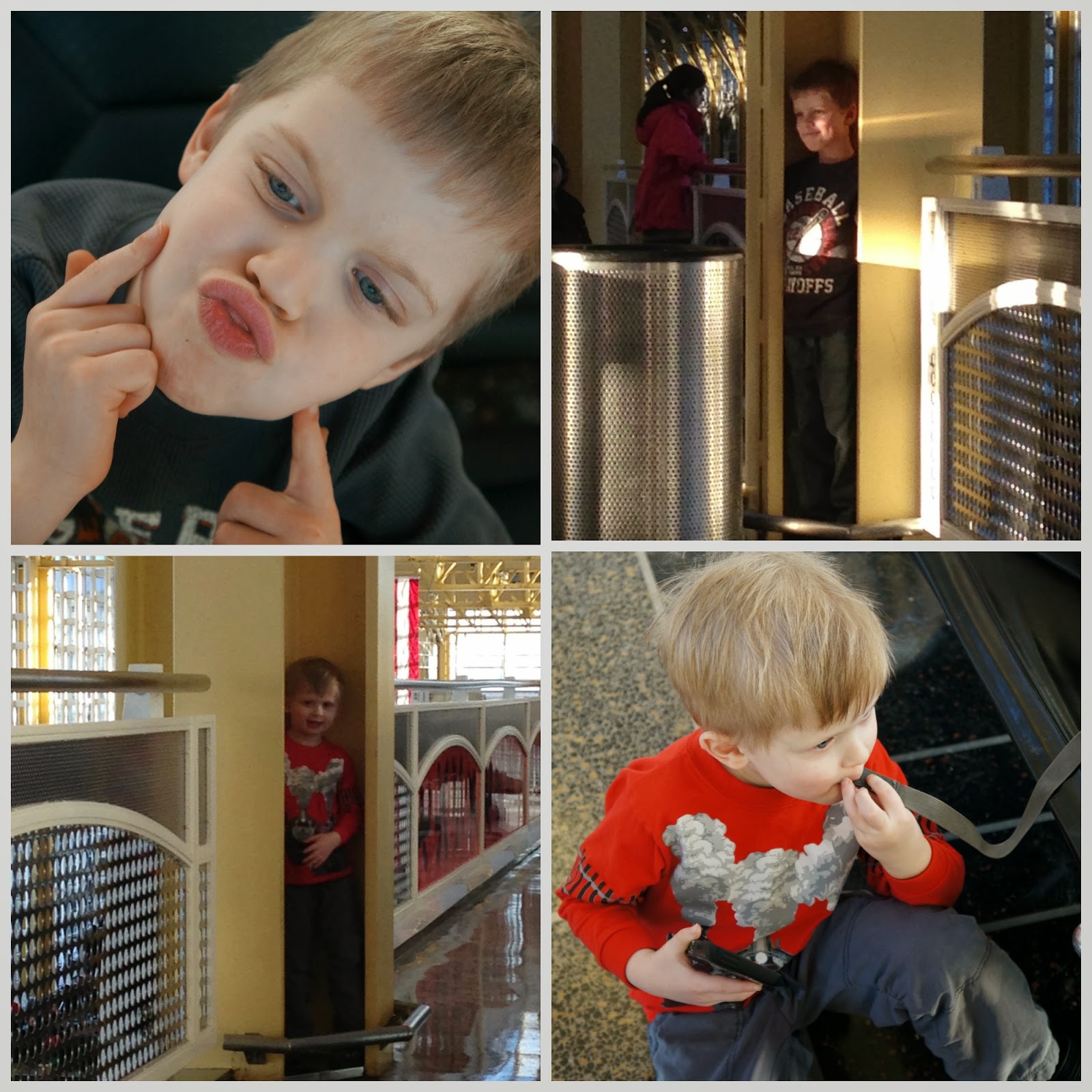 Reagan International Airport is a beautiful new(ish) airport, and despite our misfortunes and my headache, I thought it was cool that from where I was sitting I could see the Capitol building and the Washington Monument out of that huge wall of windows. I almost went to college in D.C. at Georgetown and I also once had career aspirations for D.C. (of the administrative sort), so it was neat to look out over the city and think of what could have been. But anyway, back to reality... 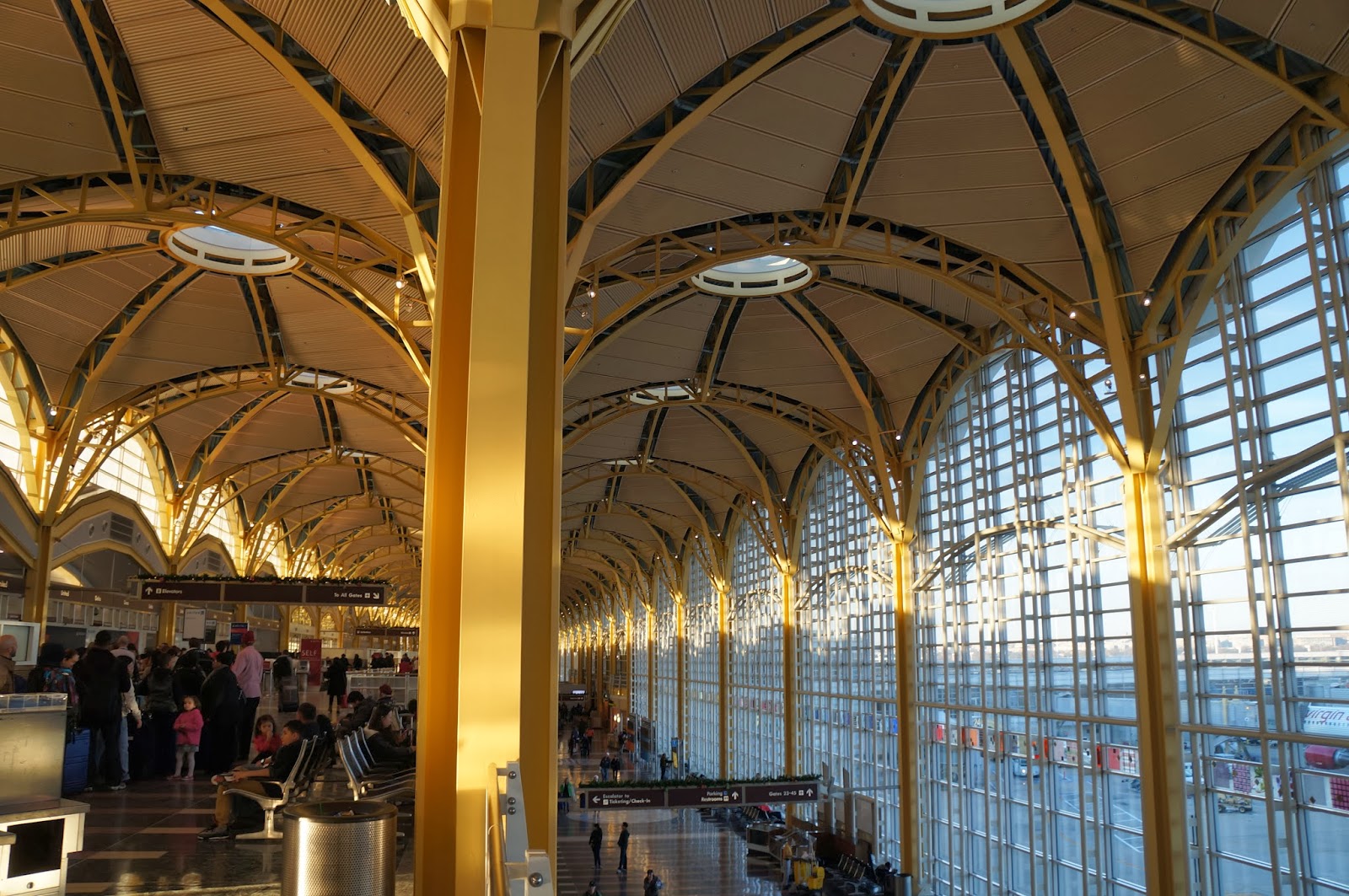 Peter was able to get us on a flight to Chicago for Monday morning. It was Saturday. So we were stuck in D.C. until Monday. Thanks for that, United, O'Hare, and unfortunate weather patterns. Peter rented a car to drive back to Dulles to try to get our luggage while I took the shuttle to our hotel with the kids.

By this time it was dinnertime but I had no appetite. We got to our room and I collapsed on the couch from the nausea caused by my headache, which was now a migraine, while the kids ran around and played and I watched a show on the National Geographic channel about polygamous families in Utah (a long-time source of fascination for me and a welcome distraction from the pain in my head). When the show was over I managed to make my way down to the hotel's little market to get water, some food for the kids, and Advil. I was worried I was going to pass out or toss my cookies while I was down there, but I made it back to our room, where I took the Advil and then a minute later, threw up everything in my stomach into the kitchen sink, while Sam stood by watching and repeatedly assured me, "I don't like you." (What I think he meant was that he didn't like what I was doing, which was puking my guts out, but it came out as "I don't like you," which even in the midst of my throwing up, was kind of amusing.)

After I was done with that lovely spectacle I went to lay down in my dark bedroom, and a little while later Peter finally got back without our luggage because it of course flew to Chicago without a problem. So we were stuck in D.C. for a day and two nights without any of our luggage. It was too much and I just wanted to curl up and cry. I was in fact curled up but I was too dehydrated and exhausted to cry.
(Being without your luggage is especially problematic when you wear contacts and don't have your glasses, because everything's a blur when they're out, and you have to make a special trip to a drugstore somewhere just to get a case and disinfectant so that you can take them out and then be basically blind.)

My hotel bed and the sleep that it brought became my refuge from reality and head pain that night. 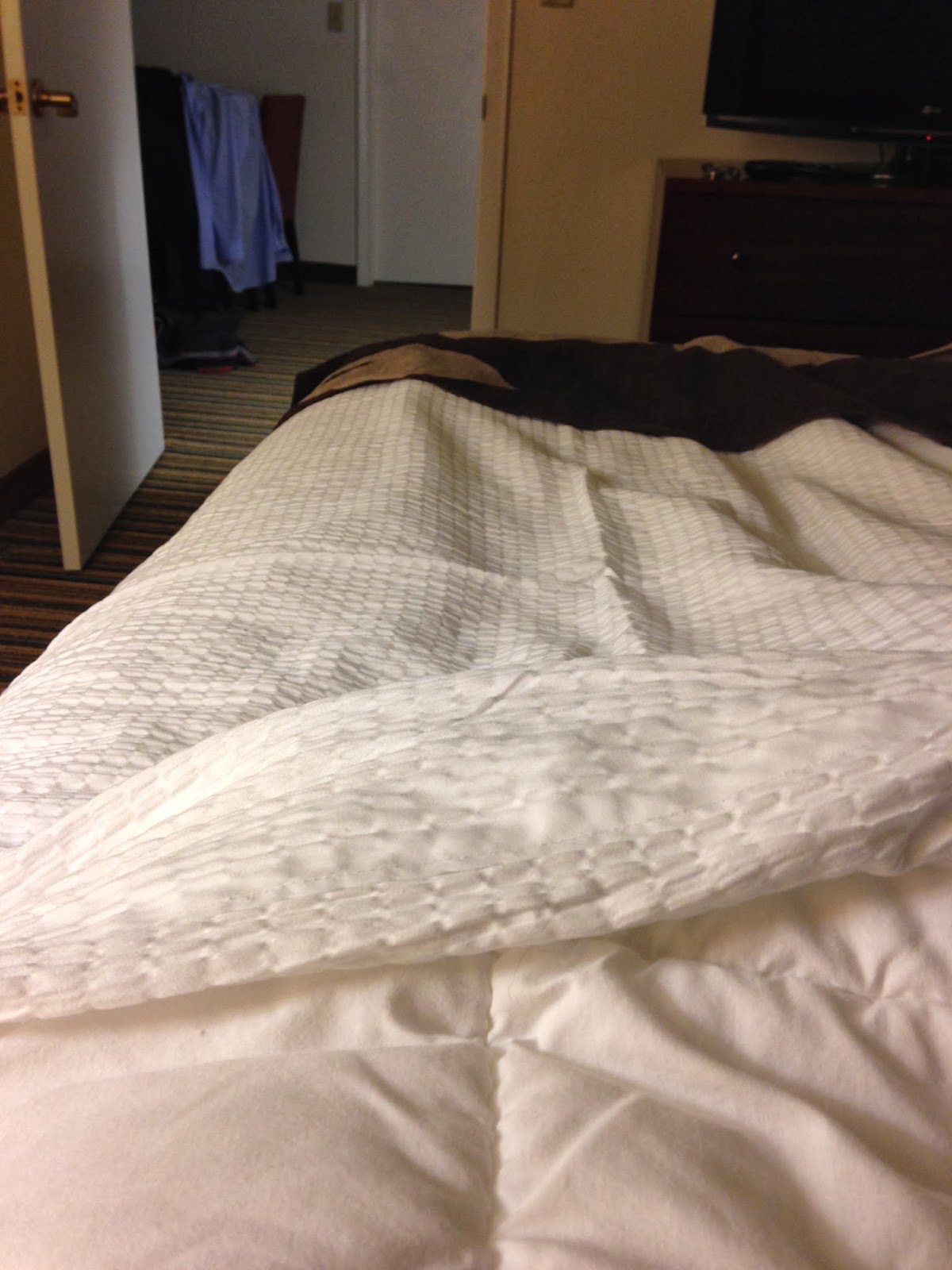 So this was not a good situation. It was a travel nightmare, in fact. But at least we a had a comfortable hotel room (that happened to be right across the highway from the Pentagon) and we were going to have the next day free to relax and explore D.C. More on that in my next post, and about our continued (mis)adventures in getting home. Was our Monday morning flight cancelled? Was our luggage waiting for us at O'Hare? What unusual phenomenon was happening that day that further exacerbated air travel? You'll have to wait with bated breath until my next post to find out these answers and more!